DC has an incredible number of projects at various stages of development. Some of these are destined for HBO Max and others for theaters. Here’s what we know…

Zatanna Zatara follows in the footsteps of her father, the all-powerful magician Giovanni Zatara. Zatanna has learned from the best and is able to cast any spell by simply speaking backward.

The film will follow young metahuman Virgil Hawkins who is capable of electromagnetic
control and generation.

The original Hourman, Rex Tyler, was a veteran member of the Justice Society of America and creator of the Miraclo synthesis, a substance that would give Tyler super strength and endurance for one a day. Tyler’s son, Rick, would go on to pick up the mantle of his father and use miraclo to fight alongside the JSA.

The Film will follow a gender-bent version of the popular comic book character known as Plastic Man.

During WW2, The Blackhawks were a group of ace pilots lead by a man only known as
Blackhawk, operating out of Blackhawk Island, facing off against the Axis powers during the war while aiding the allies.

Announced in late October of 2019 as a series being developed for HBO Max, Greg Berlanti’s Strange Adventures is shaping up as a Twilight Zone-esque anthology that serves as “cautionary tales set in a world where superpowers exist.” These “morality tales” will involve characters from all over the DC Universe, though it’s probably not coincidental that Eisner Award-winning writer Tom King is rolling out a 12-issue Adam Strange comic beginning in the Spring of 2020, bringing the once popular and pulpy character back into the spotlight.

Announced in December of 2019, the spin-off is being developed by Wonder Woman director Patty Jenkins.

Geoff Johns was expected to deliver a script for the film sometime before the end of 2019.

Touted as DC’s biggest television series ever made, the Greg Berlanti Green Lantern series will debut on HBO Max at a yet to be determined time.

There is no script or director currently attached to any Man of Steel-related projects making it unlikely we’ll see the Big Blue Boy Scout in a solo film any time soon. However, it was revealed in June of 2020 that the studio had approached Henry Cavill about reprising the role in other DC films.

Different from the long gestating film project, this project is being developed for HBO Max by JJ Abrams as part of his deal with WarnerMedia. At this point, it sounds like we may also see Zatana and Constantine projects rolled out as foundations to this project!

Produced and directed (at least the pilot anyway) by Ava Duvernay and starring Rosario Dawson, DMZ will adapt the Vertigo Comic series for HBO Max. Production on the pilot was rumored to have been completed ahead of the COVID-19 shutdown in Atlanta.

An animated series by James Wan, this HBO Max show will take a look at the early years of Arthur as he tries to prove himself to his people.

Elizabeth Banks is developing this half-hour comedy series for HBO Max that promises to follow a group of gifted students who aren’t aware of the destinies that await them. 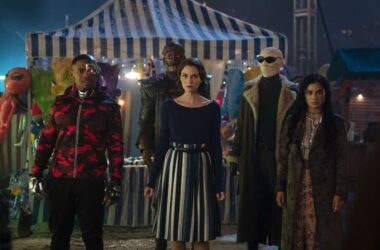 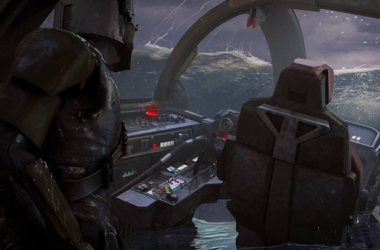 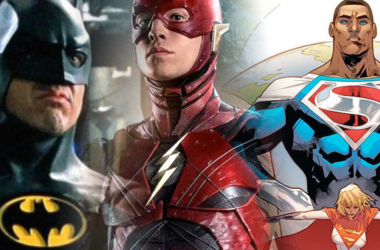 The concept of a multiverse is incredible. It leads to limitless potential and allows new stories to get…
Read More