“Excuse me, sir, is this man bothering you?”

Eight words uttered by police officers that every person of color knows all too well is where The Falcon and The Winter Soldier took us during episode two. The episode also confirmed the arrival of the Power Broker, introduced the 2nd Captain America in Isaiah Bradley, introduced the leader of the Young Avengers in Elijah Bradley, and gave us our first look at the clearly still-detained Helmut Zemo. We will get to that on the site, Anthony Canton III did a great job recapping the episode, but we’d be remiss if we didn’t discuss what this episode continued to peel away in regards to a Post-Blip MCU painfully resembling the real world.

Start with Isaiah Bradley, and the director’s very inspired choice to have the former Captain America now living in Baltimore, Maryland with a young caretaker. At least that’s what it appears like, at first, until we get a good look at the young man upon Sam and Bucky’s entrance into the house. If you read Murphy’s Multiverse’s scoop from about a year ago, you’d know that it is at this moment that we meet Isaiah’s grandson Elijah Bradley. Bradley’s introduction here now gives us every member of the Young Avengers accounted for with the exception of one: Hulkling, the partner of Wanda’s missing son, Wiccan. For those unfamiliar with the younger Bradley, this episode didn’t give us much, but it is exciting to think about him leading the new Hawkeye, Wiccan, Speed, Stature, and the yet-to-be introduced Hulkling.

What this episode does give us in an all-too-short scene with the elder Bradley is a pain-ridden retelling of what happened to this man that has led him to essentially throwing Bucky and Sam out of his house. Bradley’s story included a reference to him being sent in to bring down the Winter Soldier in the 1950s, post-Steve going in the ice, and even taking half his arm. In the comics, Bradley was born in New York where he met his wife: in fact, their honeymoon took place at the First World Fair that occurred in 1943. That’s right: where Steve finally successfully enlisted not two years prior, so this scene gives us a connection not just to the original Captain America but to Howard Stark as well as Stark mentions him planning to continue returning to the Fair after the first one shows his flying car blowing up. As Bradley’s voice breaks at the reliving of the trauma he faced at the hands of the U.S. Government, he tells Sam and Bucky how when he took the shield he was imprisoned for thirty years. “Your people did this to me”, Bradley practically growls. A Lot of people on social media felt that this was clearly Bradley mentioning Hydra, but that isn’t it at all: he’s confirming that his story in the MCU is very much like the comics, where Project Rebirth was rebooted after Rogers went into the ice and Black soldiers were used as test subjects by the United States Government. 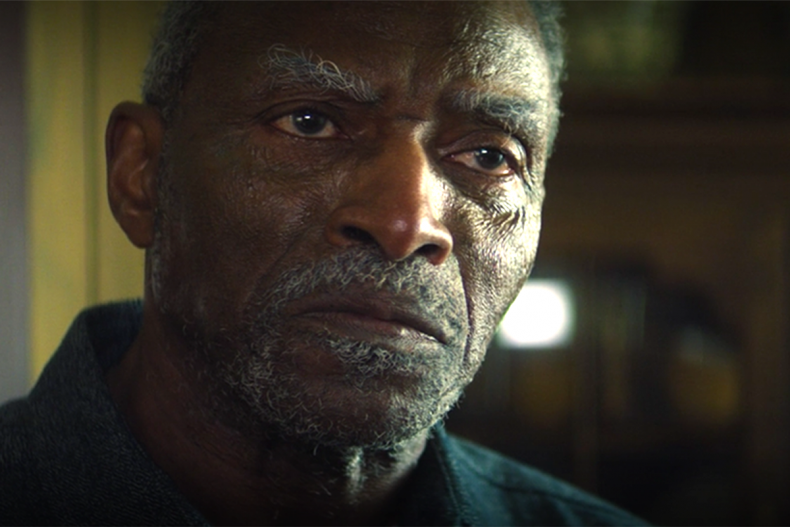 In the MCU, this shifts the universe in a very real way because up until now not much attention has been paid to the way absolute power corrupts in regards to the government. In this timeline, Rogers goes into the ice, the U.S. Government experiments repeatedly on Isaiah Bradley before sending him after the Winter Soldier, and then throwing him in a cell for thirty years, all while Project Paperclip’s implementation has led to Hydra infiltrating the very same organization that created the Super Soldier serum in the first place. That is a lot of trauma for one man to carry this long, and it is very clearly exhibited in Bradley’s movements and dialogue. He wanted to save a country that, very much, did not care enough to save him.

His story resembles the story of countless Black veterans who sacrificed their lives, missing birthday parties and baptisms, only to return to a country where men that looked like the men they were tasked with jailing and killing could jail and kill them with no regard. The transition from Bradley’s palpable pain to Sam’s gnawing frustration outside is jarring for all the reasons you can imagine.

As Sam steps outside, two police officers approach him and Bucky as they’re arguing about what just happened. The officers are demanding Sam’s ID, to which Bucky says “just give it to them.” The same anger you hear from Sam mirrors the deep fury that emanates from Isaiah when the cops get close to him. It was at this moment that I stood up in my bed and thought “oh, no, they’re going there.” Please keep in mind that the director’s choice to have the Bradleys living in Baltimore, the location for one of the most brutal police brutality cases ever, was not by accident. As aware as these first two episodes had been up until this very point, Kari Skogland knew exactly what she was doing at this very moment, and for me, it landed like a gut punch. I immediately thought “they’re going to brutalize Sam.” It has become commonplace for me, as a man of color, to believe that every interaction with police on television does not end well for us. One of the best movies I’ve seen in recent memory, Sylvie’s Love, was a beautiful movie that had me waiting for the other shoe to drop in terms of Hollywood monetizing our trauma. I expected more of the same, but Skogland, Mackie, and Lumbly displayed a deft touch in this moment where you felt Wilson and Bradley’s righteous anger and a world stretched thin by that pain.

We’d also be remiss if we didn’t mention the new Captain America and two moments that give us an idea of why he is much more dangerous than an in-your-face bigot who may be found storming federal buildings in the dead of winter. When he shows up to save Sam and Bucky, he makes a comment about how he’d love to have Cap’s wingman by his side. This is what we’d call a microaggression because Walker doesn’t have the shield if Wilson doesn’t give it up and he doesn’t seem to really realize that. Instead of attempting to endear himself to Wilson and Barnes, he seems as if he is trying to justify him having the shield. There is no acknowledgment of what Wilson gave up and no acknowledgment that Walker may not really be qualified to wield the shield. In fact, the episode does a bang-up job highlighting the awards he has, his physical attributes, and they seemingly attempt to ward off any outright racist claims by putting characters of color in his proximity. With a director like Skogland, I have no doubt that this is intentional as it is meant to have us doubt what Walker really is ideologically. If the people of color around him trust him, why shouldn’t we?

Isaiah Bradley is an example of exactly why.

The new Captain America represents what was done to Bradley and what is being done to Sam, and he’s the connective thread between past and continued traumas that both of them carry.

“Excuse me, sir, is this man bothering you”, the officer asked.

I just wished they would’ve asked it when Walker told Sam to stay out of his way. 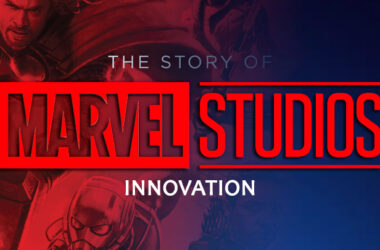 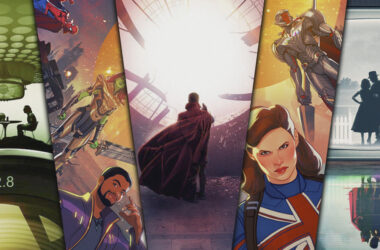