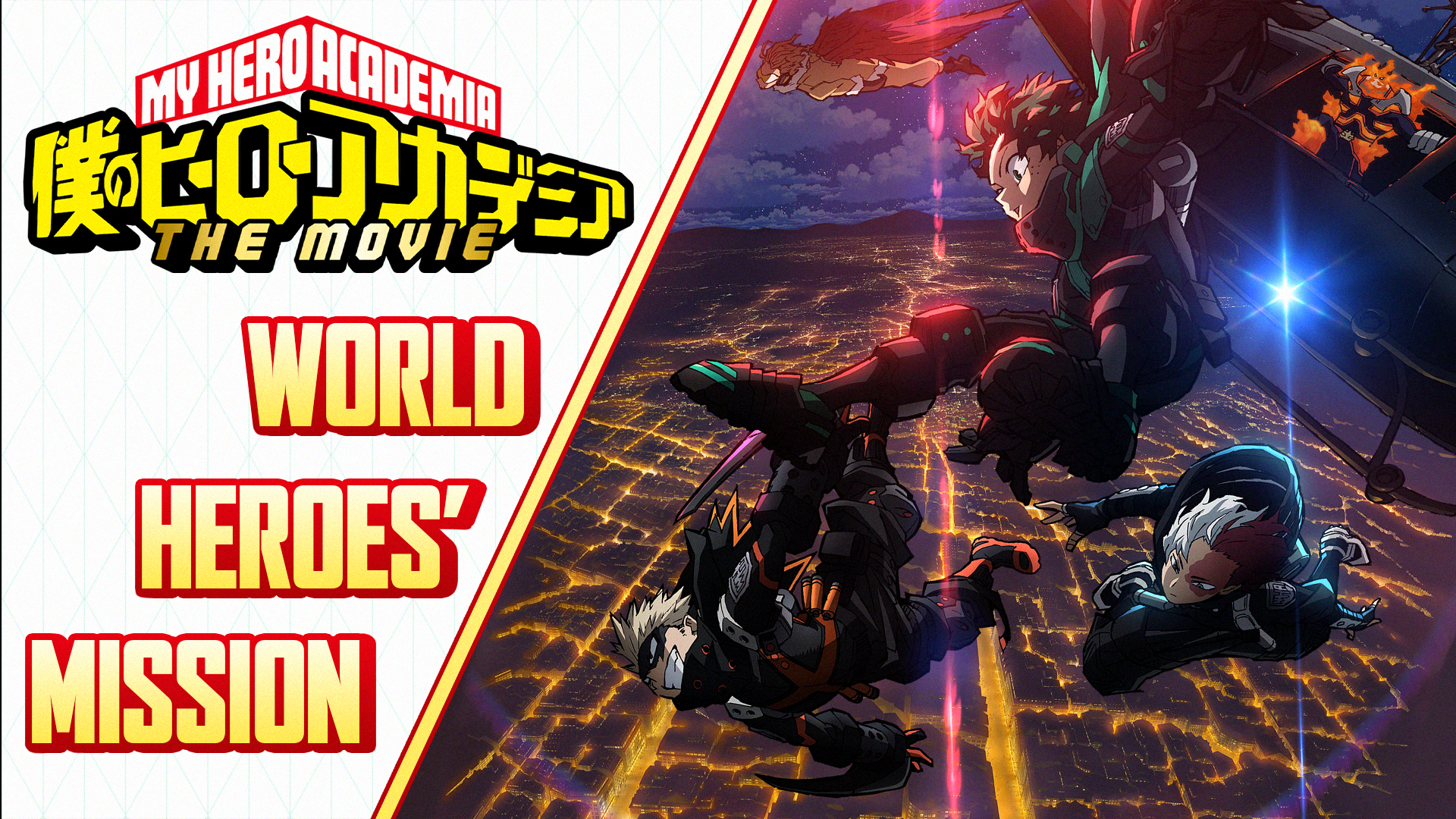 As the fifth season of My Hero Academia is currently underway, new details on the upcoming third film subtitled World Heroes’ Mission have emerged from Japan. Earlier today, series creator Kohei Horikoshi shared a closer look at the designs of Izuku Midoriya, Katsuki Bakugo, and Shoto Todoroki’s new designs on Twitter. The costumes are being referred to as stealth suits for the Class 1A protagonists.

As these brand new looks were revealed to the public, longtime MHA composer, Yuki Hayashi, took to Twitter to also confirm his involvement in the film. The film will tell an original story that takes place during the Hero Internship Arc. As it matches the show’s current development, there is a chance this arc will potentially be introduced in one of the final episodes. The film’s official synopsis offers some insight into why the three are called into action with these brand new stealth suits:

A mysterious group called ‘Humarize’ strongly believes in the ‘Quirk Singularity Doomsday Theory’, which states that as quirks get mixed together in with future generations, that power will bring forth an end to humanity. They believe that quirks are a disease and aim to cleanse the world of anyone who possesses quirks.

The upcoming film will focus on Deku, Bakogou, and Todoroki during their time working in Endeavor’s agency. They end up working in the nation of Oseon, where the mentioned Humarize group will enact their plans. It is uncertain how the team will get their stealth suits or if they might introduce some elements from the manga to built up towards the next arc in the series.