There is a sad reality to streaming. At one point, you probably noticed that there is a lack of longevity. It is well-known that Netflix sees no value in long-term investments. As such, they created the two to three season benchmark. There are some exceptions like Bojack Horseman, but that is their tendency. Most Marvel fans remember the cancellations of shows like Daredevil or Luke Cage at their peaks. Daredevil showrunner Erik Oleson even pitched a fourth season. Sadly, they still decided to cancel the show on a cliffhanger. At first, people believed this was due to Disney entering the market with Disney+. Surprisingly, this wasn’t a key factor in this decision. matters worse, they create deal contracts that keep other networks from continuing these shows.

In an article by Business Insider, they explored the reasoning behind Netflix’s cancellations. The streaming giant’s decision is based on its business model. Unlike conventional television, they focus on driving subscriber growth. They don’t primarily focus on maintaining viewership. As such, they are required to consistently pump out new shows. Netflix’s straight-to-series model also restricts them. They cannot cancel a show mid-season that didn’t bring in new subscribers. Plus, they can keep the momentum going by cheaply producing a follow-up season. However, as soon as they hit the 30 episode mark these costs aren’t covered anymore. Netflix sets up its contracts that make them too expensive beyond that mark. It would be easy to renegotiate these terms but that only works if Netflix allows it.

So, why am I bringing this up? Well, there is a good chance that Disney+ will face similar issues. Unlike Netflix, the service has just started. Luckily, they are way ahead of their early predictions with 54.5 million subscribers. Still, they are nowhere near Netflix’s subscriber count yet. We also can’t forget that the only major brand release so far was The Mandalorian. We did get a variety of Disney+ Originals but none for their major brands that are their main selling point. As such, Disney spent $75 million to get their hands on the exclusive streaming rights to Hamilton. Disney’s investment paid off, as their subscriber base saw a great boost during the release weekend.

The next project everyone is waiting for is the Marvel Studios’ series. Originally, Falcon and the Winter Soldier, as well as WandaVision, were scheduled for this year. They will kick-off Kevin Feige‘s expansion into long-term storytelling. So far, there don’t seem to be any plans for future seasons. There is, however, one show that does. In an interview from May with Clark Gregg, the Agents of SHIELD actor accidentally revealed how many episodes Tom Hiddleston was filming.

“I’d be lying if I didn’t say, boy, that would really be interesting to start the experiment over. Doing 10 episodes or 12 episodes the way Tom Hiddleston told me he was doing [on Loki] with that kind of budget and that Marvel Cinematic production team.”

We know that these shows are planned to have between six to eight episodes. So, the reveal of ten to twelve just seems to confirm that it was renewed for a second season. The involvement of the Time Variance Authority could open up the show to countless story opportunities. Yet, while we got a small glimpse at the show in the Super Bowl teaser, we never got an official word since. Even What If was confirmed for a second season by Feige in an interview. Ironically, both 2021 shows are confirmed to have an extended runtime. Perhaps these shows have deeper ties than we know of.

How does this connect with Netflix’s model? The thing that sticks out the most is the costs of these productions. They are rumored to have around $25 million an episode. These are $10 million more than The Mandalorian had. Let’s not forget, that the Star Wars show was considered ambitious. The MCU shows are including major actors from their films. Tom Hiddleston isn’t cheap. He has come a long way from his $160.000 pay for the first Thor film. Also, he won’t always have the schedule to return for continuous seasons. Even Agents of SHIELD had scheduling issues to include mainstay Ian DeCaestecker in the last season. Plus, they can re-use props and assets for the TVA that will be a recurring element in the series. It makes sense to film two seasons in one to minimize production budgets.

If the business model depends on drawing in new subscribers, they won’t stick to a lot of long-format shows. As such, Loki will also be a mini-series that just happens to consist of two parts. To make a comparison, The Chilling Adventures of Sabrina also consisted of parts rather than seasons. This was mainly a result of the show being ordered by episode count. It shows how our understanding of television is changing in the streaming era. This also explains why Marvel Studios announced a total of seven different shows that will all enter production throughout the next years. Just like their approach to the films, they aren’t focused on getting seasons out every year for every series. Rather, the main character of one show continues their story in another. It might also explain the strong focus on the next generation of characters like Kate Bishop in Hawkeye, or Ms. Marvel. It doesn’t mean there won’t be any additional seasons. Just that they might spread them out more rather than strictly sticking to a yearly schedule per show.

Does this mean we won’t have any long-term shows? Not necessarily, as a show like What If is a perfect example for multiple seasons. Every simple concept can be twisted in multiple ways. Even Kevin Feige even used the wording of season for this show. There are other concepts that could be explored in an ongoing format, like the once rumored Damage Control show. With smaller budgets, they can be used to keep an audience on the platform and add some consistent content. That way, if a larger show needs more time to finish production, they can plan around it and keep a consistent schedule. Moreover, if they tie-in to larger events, it can be a selling point to get new subscribers that loved a specific film. This concept is actually what many expected Agents of SHIELD to be when it aired seven years ago. While I believe Loki will sadly just consist of 10 to 12 episodes it doesn’t mean the Time Variance Authority couldn’t have a chance to spin-off into its own thing. It could offer the opportunity to explore more of the MCU’s history and alternative timelines. Loki could return as a recurring character to better fit his schedule. 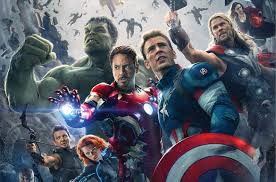 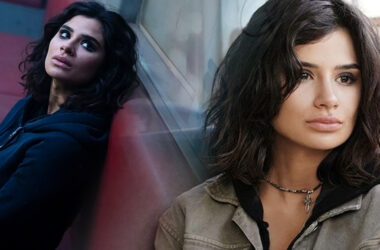 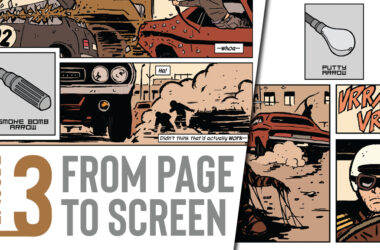