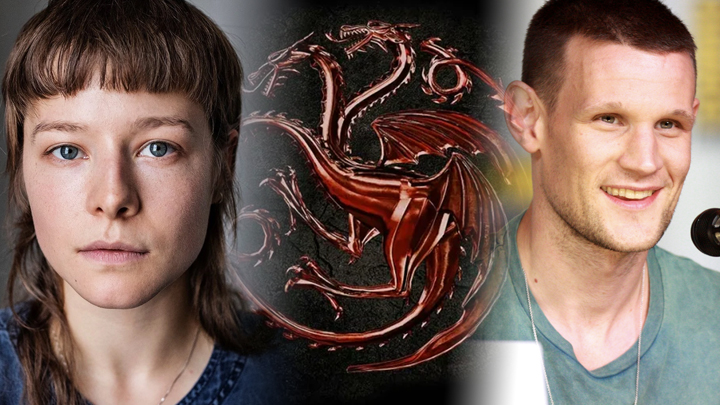 All eyes have been anxiously awaiting the first look at HBO’s Game of Thrones spin-off. We’ve seen a plethora of series getting announced throughout the last months, such as Tales of Dunk and Egg and, most notably, House of the Dragons. The latter has entered production and already rounded out its cast with some heavyweights, which includes Olivia Cooke, Emma D’Arcy, and Matt Smith. After a long wait, we finally got our first look at the upcoming spin-off, as some set photos have found their way online through the Daily Mail. They offer us a look at Matt Smith and Emma D’Arcy on the beach in very familiar-looking Targaryen outfits. 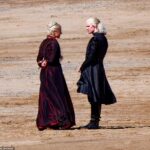 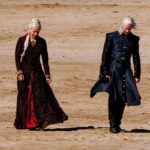 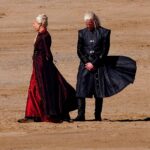 The series will take place 3,000 years before the original show and explores Targaryen’s history before Emilia Clarke‘s Daenerys Targaryen started her conquest of Westeros. Smith is playing Prince Daemon Targaryen and is sporting the iconic ice-blonde hair that the family is famous for. They are filming at Holywell Bay Bech in Cornwall. D’Arcy is playing his wife and niece Rhaenyra Targaryen. Their designs hint at a parallel between them and their successors, who would face a grim fate.

We still know very little about the upcoming project, but we can expect a lot of murder and dragons once it releases. It is uncertain if the other projects are in some form of early production. We don’t know where exactly the story will take place, as we could see the Targaryens travel throughout Westeros or they may focus on Dragonstone Beach, which seems like the fitting location for this shoot. Hopefully, we get some more set photos that might tease Dragonstone Castle in the near future.