Disney’s Investors Day has unveiled a variety of brand new shows. Among them, we got the unveiling of an adaptation of Armor Wars. After Tony’s death during the events of Avengers: Endgame, it seems that his technology was still being shared across the world. Now, it is up to Rhodey in his War Machine suit to make things right. Now, the only question is how exactly they will tackle this iconic story without the hero that defined it. Well, Spider-Man: Far From Home kind of kicked off the question if there is a necessity for a new “Iron Man”. Peter learned the importance of growing into his own as Spider-Man, taking the lessons he learned from Tony but not letting them define him.  In a way, Armor Wars may carry that message forward to the rest of the world.

We have no idea what exactly this story is going to explore. The original storyline ran from 1987 to 1988 over seven issues. David Michelinie and Bob Layton developed a story about Tony’s technology getting stolen by his worse enemies. Justin Hammer, who many might remember from Iron Man 2, enlisted Spymaster to steal his technology and create brand new armor designs. Iron Man starts a war with many armored villains to ensure no one can use his technology. Even SHIELD created an armored unit called Mandroid’s, which certainly didn’t leave a great impression on Tony. He also comes into conflict with Jack Taggart, also known as Firepower. We met this character in Iron Man 3, who exploded due to an overdose of Extremis at the TCL Chinese Theatre.

There aren’t many players left to flesh out the original storyline. SHIELD hasn’t been around in the mainline MCU since Captain America: The Winter Soldier. Taggart blew up in the last solo film for the character. So, only Hammer remains, who was last seen in the short All Hail The King. It wouldn’t be a surprise he has already left prison and restart his company as the primary weapon’s dealer, as Stark Tech is still exploring other markets. Now, I believe he will have a new partner that helps him rebuild Hammer Industries, the son of Obediah Stane, Ezekiel.

Ezekiel, or Zeke as everyone calls him, is pretty much the MCU’s Mark Zuckerberg. He is a young entrepreneur, just started his company straight out of college. Even with his father’s legacy, many did not expect his sudden rise in popularity and fortune. He would never give away his secret, but he seemed oddly fascinated with entering the weapon’s market. After reviving Hammer Industries, he suddenly introduces the world to a brand new type of armor, something familiar. He says it is to keep Tony’s legacy alive, but Rhodey knows something is up. Suddenly, various armored criminals are starting to cause havoc across the world, and War Machine is forced into action to ensure they do not stain what was left behind by his best friend.

Along the way, he runs into Riri Williams, who he believed to have also stolen Stark Tech to build her Ironheart armor. She unveils that it is her technology, so he takes her under his wing to ensure her safety as an onslaught of these tech-based villains is after her. They seem to be gathering all kinds of technology for some reason. Crimson Dynamo, Titanium Man, Beetle, Spymaster, and many more seem to be popping out of the woodwork. The armors keep regenerating with nanotech, so they keep regenerating. It also seems their pilots have the Extremis equipped, as their limbs grow back instantly. After a long battle, Rhodey and Riri finally won. They can pry open one of the armors only to realize they have been empty all this time. It wasn’t the Extremis healing them. The whole thing was just a ruse. Each and everyone was fake. At that moment, a familiar voice starts to echo out of the armor’s speakers.

Ezekiel wasn’t the wunderkind we all assumed he was. He wasn’t able to carry on his father’s legacy. Well, that was until he found a discarded piece of armor still containing the remnants of Ultron. Together, they started to find a way to get their revenge on Tony even after his death. They would use his armor tech, which was ingrained into Ultron, to undo everything Stark Tech has done. To besmirch his legacy, they revived the House Party Protocol from Iron Man 3, which was still active on suits that Tony constructed as a way to cope with the fight against Thanos in Avengers: Infinity War. Luckily, Rhodey realized that they are still connected to the Clean Slate Protocol, but Ultron took control over his armor.

However, Riri’s armor was the only one not connected to Stark Tech, which meant she was unaffected. As such, she was their only hope to activate the protocol before Ultron could enable his Imperative. He wasn’t there to help Zeke. Ultron just used him to enact his plans of a metallic future, but he underestimated that someone would be able to keep up with Tony’s tech. In a way, he underestimated the next generation that would continue the legacy in their way. Rhodey finally can take a break and decides to support Riri in forging her path. 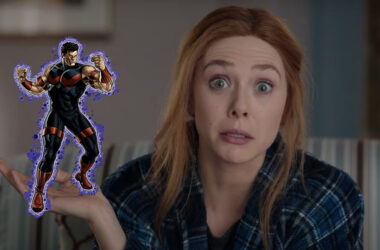 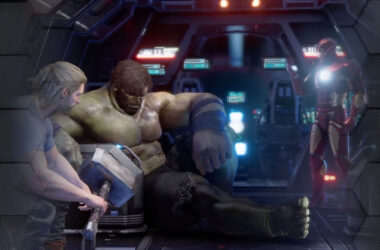 You read that title correctly. I have taken a break from playing Marvel’s Avengers until the next major update. No,…
Read More 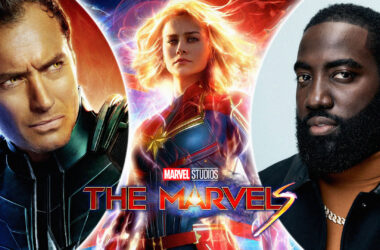 As production continues on the set of The Marvels, little by little, more information regarding the sequel has…
Read More