I’ll admit I lost quite a few hours of sleep in coming up with the villains of this piece. I had no fewer than 5 different options rolling around inside my head, but I ultimately chose the Supernovas.

If you are unfamiliar, the Supernovas are basically Novas gone bad. They found a way to hack the Worldmind and to gain access to greater power than it was giving each of them. Though eventually defeated, their super-powered black helmets lived on in the black ops division of the Nova Corps that became known as the Black Novas. If you’re a Sam Alexander fan, you’ll be familiar with the story and the black helmet and while I’m not going down a path that leads to Sam’s father Jesse Alexander being introduced in this film, the foundation is there for the story to be told at some point.

The Supernovas fit the Marvel Studios mold of the villains of the first film in a series being dark reflections of the hero. People get bored with it, but it’s an archetype that transcends culture and types of media. The idea that the heroes are facing off against similar characters allows the audience to think of how, had circumstances been different for the hero, maybe he’d be on the other side of things. Black Panther did this brilliantly. In this case, these Supernovas offer Rich, a kid who has struggled with his own perceived mediocrity, access to power, resources and spoils he’s never dreamed of. These guys aren’t bad guys, they’re fighting against a system that norms everyone, that doesn’t let anyone be any better than anyone else. Why should everyone only have an equal part of the Nova Force? This is the battle raging on inside Rich as he discovers these Supernovas and finds out what they’re up to. We all know Rich is a hero, here’s where he makes that choice.

Fighting the Supernovas also allows Rich to be able to come out his film as a hero without being the biggest Mary Sue in the history of films. You can’t introduce the helmet and the powers and realistically expect him to stop the Annihilation Wave in 2.5 hours. In fact, this origin film is going to see Rich stripped of the helmet for a while and have to survive on his own physical prowess (he’s been studying MMA for the past several years, remember). Obviously he’s going to get it back and we’ll definitely see some great shots of Rich using the Nova Force, but he’s going to win this battle through the sheer force of will riding on the back of that righteous anger boiling up inside.

In addition to the terrifying looking Mister Z’zz seen in the opening of the article, this team of Supernovas consists of Adomox, the mastermind of the operation; Titus, the cyborg muscle and the adorable Phlish, because we have to sell them toys.

Here’s how we get to the good stuff. The Nova Corps has been rebuilding since the planet was left in ruins following the attack by Thanos. The Worldmind was never a target, so it remains fully operational, but Xandar doesn’t exist as we once thought of it. By the time we get to see it in Nova, it has become a cluster of fragments held together through freaky space science, just like this great art from Annihilation: Prologue. In the 5 years that passed, the Worldmind hasn’t just rebuilt Xandar, it rebuilt the Corps. The Corps is now larger than it’s ever been and has taken an active role in policing the galaxy with active posts throughout.

When Rich arrives on Xandar and begins to really take in what he has become a part of (we’ll get to all that in Part 5), we immediately learn that there have been several outposts have been attacked over the past few weeks. Nova Corpsmen Z’zz and Phlish and Denarian Adomox are missing. Skrulls, who have begun to reemerge in various sects across the galaxy, are the primary suspects.

We meet Centurion Titus through Rich’s eyes and it’s not a good feeling. Rich’s xenophobia is intense and there’s nothing human looking about Titus. Shortly after their first meeting, Rich is greeted by two Xandarians who are much more human looking: Pyreus Kril and Gabriel Lan who Worldmind has sent to help Rich acclimate.

The Supernova plot plays out like this. Not too long after Rich is acclimated into the Corps, Worldmind assigns him to go with Titus and Kril as they inspect another outpost that’s been attacked. As they approach the site, they encounter what appears to be a stolen Nova Corps ship and enter into a little space dogfight while Kril stays on the planet to inspect. Rich, feeling the power at his disposal and the need to make an impression, leaves the ship to take on the ship on his own. Pretty cool fight, but the ship escapes as Titus has to save Rich and he is berated by Titus as they return to Xandar.

The third act is, of course, the big reveal and the big villain set piece. Titus led another team to another planet and has disappeared. A 6 man team, including Rich,Kril and Lan is sent to investigate above the Xandarian ship Way-Opener. As they come into proximity with the planet, Cygnet VII, their connection to the Worldmind is severed. They can no longer communicate with it or access the Nova Force. As they prepare to leave, a black helmeted Titus unleashes his increased share of the Nova Force on the ship, disabling it, before bringing it to rest on the planet. The crew is taken off the ship and their helmets are taken from them.

We learn that Adomox has learned how to hack the Worldmind to access greater power but it comes at the cost of the helmets of other Corpsmen. Some, like Z’zz and Phlish, are willing to give theirs up and join the cause, those who haven’t come along willingly have been disposed of. The third act will play out as sort of a mashup of Predator and Cliffhanger. The team is on the run, hunted by the Supernovas and cut off from the Worldmind (good thing Worldmind helped Rich and Robbie put together that super long distance communication device that Rich has and that Robbie uses to get a full on strike team to the rescue).

And so the final act becomes Rich having to survive, powerless for a while, until help arrives. Robbie and Rich are in communication throughout and Robbie determines he knows how the hack works and tells Rich if he gets a helmet, he can reconnect them to the Worldmind. A powerless Rich gets the jump on Z’zz and gets to show off some MMA moves after separating Z’zz from his helmet. At this point, Rich takes the helmet and gets his first taste of what the extra Nova Force can do (something you’ll want to be well aware of for the future).

Now powered up, Rich encounters 2 dead members of his team and a third (Nile) in bad shape. While tending to Nile, Rich makes short work of Phlish and then his makes his run on Adomox and Titus who have caught up with Kril and Lan and are giving them one last chance to join or become space dust. While Rich puts up a decent fight, he’s clearly not in the same league as Titus. He does get some “Han Solo shows back up in the Millennium Falcon” help when he’s able to blast Adomox, allowing Lan to pick up the helmet and use it in the fight against Titus. Lan takes a big hit, Rich makes one last run at Titus and fails and it looks like it’s over until Kril, Lan and the strike team of Novas, now all fully capable of accessing the Nova Force, take Titus down.

Rich is exhausted, but he held. Titus and Adomox survive and go to the Kyln located near the Crunch. Robbie, who geniused up some ideas, is brought to Xandar to work with the Worldmind to replicate the same hack and create the Black Novas. It’s a party. You can walk away from Nova knowing that Jesse Alexander could exist and that Robbie Rider could have an adventure of his own.

This doesn’t fit here, but it really doesn’t fit anywhere and it’s too short to have its own piece. In between Rich’s first trip with Titus and his last, Kril, Lan and some other Novas who you will meet in Part 5 take Rich to their favorite hangout: Starlin’s Bar. It’s very much an homage to the Mos Eisly cantina and Rich is going to be VERY uncomfortable. To add to that discomfort, Rich is going to bump into everyone’s filthy, degenerate troll, Pip, in the bathroom of all places.

Pip’s cameo is going to be taken directly from the pages of my own life story. When I was 11, I went to a Detroit Tigers game and went into the bathroom by myself. I can remember there being no fewer than 50 open urinals in the bathroom and I took the one at the end. Just as I started to pee, an old guy walked in, stood right next to me (huge violation of the code) and said, “So I guess this is where all the dicks come to hang out.” I didn’t finish that pee; neither will Rich. I can’t think of a better intro to Pip.

As Rich hurries out of the bathroom, we’ll meet our second cameo star and the Boba Fett of my Marvel Cinematic Universe. Rich will come face-to-face with Monark Starstalker. 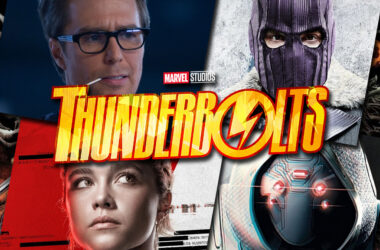 From the moment Helmut Zemo made his debut in the Marvel Cinematic Universe, comic book film fans have…
Read More 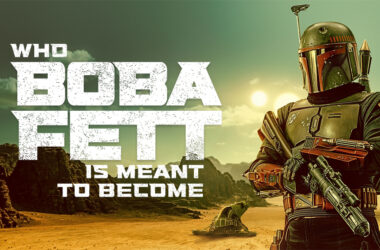 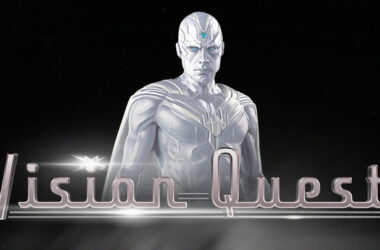