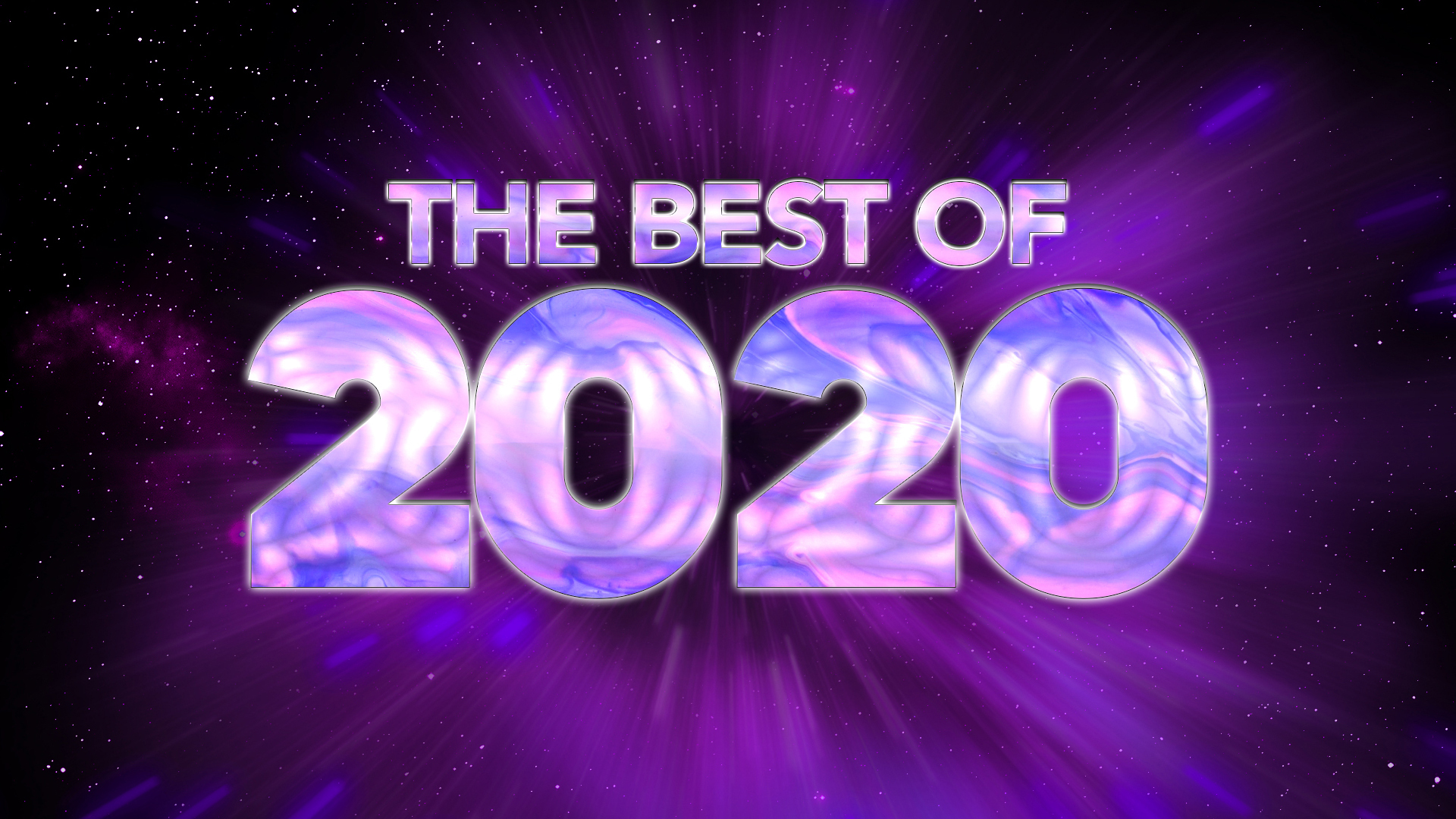 As we get closer and closer to putting 2020 in our rear-view mirror, it’s easy to lash out at everything that was taken away from us all in the long, worldwide nightmare we’ve all been living. What’s a little tougher to do is see beyond it and find the things for which we are all grateful…but that’s what we did!

Here are our best memories of the year that was:

Without a shadow of a doubt it was season 2 of The Mandalorian. I can’t say I liked the way the Skywalker Saga ended, as The Rise of Skywalker is probably my least favorite Star Wars movie ever, and it bummed me out how, to a degree, it made less of the ones I do love. But with The Mandalorian’s second season, which was nothing short of a resounding success, I felt like I was falling in love with Star Wars all over again.

My favorite entertainment/fandom thing in 2020 was getting to watch the DC Fandome and Disney Investor Day presentations with everyone. There was so much exciting news on all fronts and the format made the usual divide during con season disappear with everyone getting to watch and get hyped together. I especially loved the portions of those events focused on The Suicide Squad, Pixar, and Marvel Studios.

2020 has been a crazy year with many ups and downs. Even still, it is difficult to pinpoint what was the thing that stood out to me all year. On the one hand, I got to cover so many different topics that I am qutie proud of stories coming together the way they did, may it be Marvel’s Avengers or even just the Disney+ Star story. In the end, I have to say my favorite thing of 2020 was being able to join Charles’ site and offer my contribution to help it grow.

Obviously, it’s been a tough year, but my favorite thing in 2020 is Wonder Woman 1984 set to release on HBO max as well as theaters on Christmas day! Thank you Patty Jenkins, Gal Gadot, WB, DC, and HBO!

It’ll sound sappy but joining the team at Murphy’s Multiverse was my favorite part of 2020. Being given a platform for which to voice my theories, pitches and ideas on a weekly basis truly has been a blessing and it’s even more so when you have a wonderful group of people that provide you with feedback, ideas and overall a wonderful time. And also getting the opportunity to interact with the people who support us and just talking with them is just one hell of a fun time.

My favorite series that came out this year was Season 2 of The Mandalorian. It was so thrilling and exciting; I couldn’t look away from the TV. My favorite things about the show are how cute Grogu is, all of the action and cool characters like Ahsoka, Cara and, of course, the Mando!

I’m so grateful to be at a place in my life where I’m able to share my passion with so many people and easily the best thing about the past year was being able to assemble the team at Murphy’s Multiverse. I know most folks still think of this as a “Marvel scoops site”, but it’s become so much more in the past year and that’s 100% due to the incredibly diverse and talented team members we have here.

Outside of that, my favorite Murphy’s Multiverse-related thing from 2020 was being able to absolutely fall in love with the Dawn of X comics and watching Jonathan Hickman turn Apocalypse into arguably the MOST interesting character in Marvel Comics. Hickman’s work is ALWAYS sci-fi heavy and cinematic, but he and the creative pushed their own limits with his recreation of Apocalypse, the incredible expansion of Otherworld and the reintroduction of S.W.O.R.D. (Al Ewing’s #1 was an amazing read and promises big things for 2021). Well done, X-team of writers!

It’s hard to think of a favorite thing this year when it’s been real shitty but as I mentioned in our latest podcast, 2020 is the year I returned to my gaming roots. Gaming has always been a huge part of my life growing up and that slowly went away as I hit adulthood. Now that I’m back at it and catching up on all the good games and franchises I missed, it’s been a total blast.

In a year that has been crazier than most, folks have found solace in some really great television and video games. The internet is riddled with Mandalorian and Call of Duty memes: I have a folder dedicated to them. My favorite thing from 2020, nerd-related, was Stargirl. The Arrowverse has expanded into what folks hoped the DCEU would be: let’s face it, even the Fast & Furious movies do a better job of world building than DC has done. As the Arrowverse ended its signature show, i wondered what would ride up in its stead. Black Lightning was incredible, Batwoman had an excellent season one, but the best new show from DC this year was Stargirl. A rocky start couldn’t hinder an inspired cast, and season one ended on a high note. I can’t wait for season two.

Birds Of Prey was by far my favorite movie I saw this year. While it was one of the only movies I saw this year, it was a great departure from CBM norms and introduced some fantastic and unique characters to the DCEU. Can’t forget to mention the film’s astounding soundtrack as well.