The Falcon and The Winter Soldier begins with both of our main characters in much different places than when we left them. The episode felt like a hard reset, dealing with the realities of a world without Steve Rogers. Let’s dive into it.

Sam Wilson On His Own Mission Home And Abroad

The episode begins with a voiceover of Sam being asked by Steve at Endgame’s conclusion how the shield feels. We remember Sam’s reply, “Like it someone else’s.” We then jump right in to Sam on a mission after the group LAF, who’s after Captain Vassant, a military liaison for the Air Force. Of course being in Tunisian airspace they can’t be seen involved in the operation, so enter the Falcon.

We learn during this mission that old Captain America villain Batroc (last seen in the Winter Soldier) is apart of LAF. Sam is being helped on this mission by Lieutenant Torres, who might have a future. Eventually Sam rescues Vassant but Batroc escapes.

In Tunisia, Torres and Wilson talk about not only LAF, but a new group called the Flag-Smashers. Apparently they want to establish a new world order of thinking with the only rule being no rules. Torres asks about where Steve is, and Wilson doesn’t give an answer but he’s about to give up the shield.

In Washington D.C. at the Smithsonian, Sam is giving a speech commemorating Steve. “Steve represented the best in all of us. Courageous, righteous, hopeful.” Sam goes on to say the shield is a symbol, and belongs to Captain America. Clearly Sam doesn’t believe he deserves the shield at this point. He’s thanked by a government official for willingly giving up the shield. Sam is also met by Rhodey, who attends the ceremony. Rhodes is surprised Sam didn’t take on the mantle. It feels like Sam doesn’t want to be that symbol, or have the pressure that goes with being that symbol at this point.

Later, we see Sam meet up with his sister Sarah in Louisiana. Sarah wants to sell the family boat but Sam objects to this. There are some money issues in the Wilson household thanks to the five years that have gone by. Sam is insistent that they try and get a loan thinking that his Avenging will help out the cause.

At the bank the Wilson’s application for a loan is rejected, even with Sam trying to use his notoriety as an Avenger. It looks like a few billion people reappearing changed some of the qualifications for a loan. One would think Tony Stark would’ve had some payments on deck for the guys. Then you remember that Peter Parker got left with some really expensive glasses and nothing else. Rough times are about to get rougher for Sam.

Lt. Torres follows up on his Flag-Smasher intel and shows up to one of their meets. The meet ends up being a bank robbery which Torres tries to stop, but is injured by one of the Flag Smashers who is clearly enhanced.

He gets this message to Sam who told him to contact if anything further occurred. Compounding all of these issues is Sam turning on the television for a shock. The same government official who thanked Sam for giving back the shield announces a new Captain America. “We need someone who embodies America’s greatest values. We need someone to inspire again.” A new Cap is introduced, as we see John Walker for the first time. Sam is visibly disturbed by this. One has to think he immediately regrets his prior decision. You have to wonder if he got a gentle nudge for this. How he deals with this should be very interesting going forward.

We start off Bucky’s side of things with a nightmare sequence. The Winter Soldier is on the hunt for another kill as he takes out a few guards then kills a target. A witness sees him in action and then Bucky kills him too which wakes him up. We find out that Bucky has been seeing a therapist for his issues. It’s also found out that he’s been pardoned by the government from his crimes. Of course there’s a catch, and that’s to “make amends” as there are still agents of HYDRA hanging around. We see him with his list and he’s checking it twice. His therapist Dr. Raynor contends that he needs to find friends and suggests Sam as one to contact.

Later we catch up with Barnes in Brooklyn and we see he has made a friend. An older gentleman by the name of Yori and Bucky have drinks at the bar. Yori tells a bartender named Leah that Bucky wants to ask her out on a date. She obliges and Bucky is incredibly uncomfortable. Yori laments the death of his son, to which we can surmise that Bucky’s nightmare wasn’t a nightmare. It was real.

Later as Bucky returns to the bar to start their date you can see how Bucky’s struggles with real life are apparent. It’s the little things like attempting the Cat’s robotic hand to stop, and hiding his arm. For nearly one hundred years Bucky has been fighting, and now there’s nothing but looking in the mirror. When Leah brings up Yori’s son and the heartbreak that he’s faced, Bucky can’t take it and leaves. He then shows up to Yori in which he’s praying on the loss of his son, and that regret and guilt return. It’s pretty clear that this series for Bucky is about trying to find his place in the world without a fight. He has to find a way to overcome the trauma, which is no easy task. Let’s get into some questions the show presents.

1. Did Sam willingly give up the shield, or was he nudged by the government? The look on Sam’s face would suggest he was told something else.

2. Who are the Flag-Smashers and who supplied them with their enhanced abilities? If you look at the rolling credits as told by Charles Murphy, we see Powerbroker Watching along with vials of the super soldier serum. One would assume the Powerbroker reveal should be very fascinating.

3. Does Lt. Torres know what he’s doing exactly? Maybe next time if he sees a dude jump off the top of a building and land on his feet perhaps he should not engage. It’s one thing to get Intel but he really could’ve gotten killed. Hopefully he learns his lesson.

4. Bucky has his list and Zemo is on it. Assuming these two meet, will Bucky be able to hold his contempt for Zemo? Also where is Zemo? How did he get out of prison?

5. Was that also Isaiah Bradley in the credits, the original Black Captain America? Charles Murphy cited Carl Lumbly’s appearance in this show. It’s not a large leap to say we’ll see his grandson, Eli Bradley soon.

The Falcon and The Winter Soldier’s first episode was a dive into our titular characters. As the story gets more fleshed out, we might be in for quite the ride. 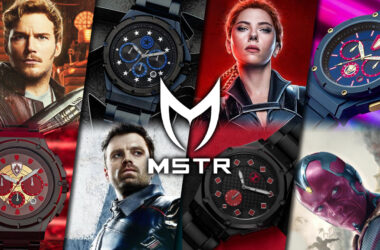 Through an officially licensed collaboration with Marvel Studios, Meister Watches is releasing an exclusive line of watches this…
Read More 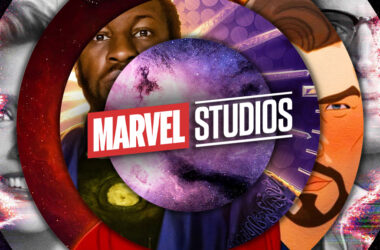 The multiverse is an unwieldy storytelling device with potential positive and negative impacts. For example, meeting alternate variations…
Read More 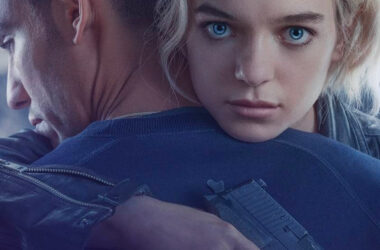