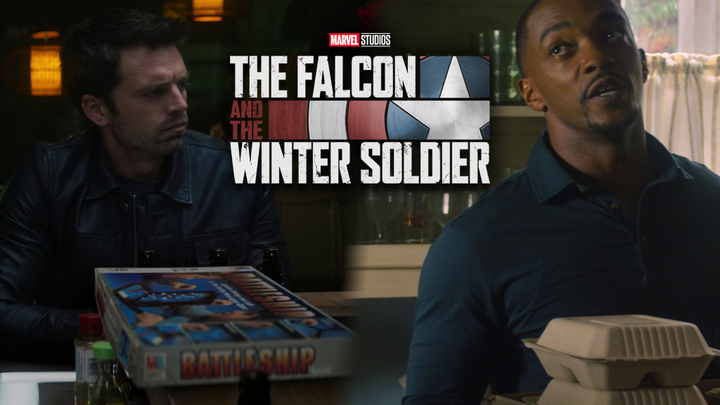 Only two weeks ago, WandaVision kickstarted a new direction for Marvel Studios on Disney+. They are now taking their time to explore those characters that never got a chance to shine on the silver screen. At the same time, it allows these heroes to face the biggest challenges that got sidelined by alien invasions or secret organizations taking over the world. Wanda was making breakfast for dinner while turning an entire city into her physical shape of denial. The tradition continues with The Falcon and the Winter Soldier, where we get a closer look at the lives that Sam Wilson and Bucky Barnes face in a world post-Captain America.

We get a good look at Sam’s private and superhero life throughout the episode. Even if he saved the entire galaxy, he can’t afford to keep his family’s business alive. The small glimpses we got during Avengers: Age of Ultron are at the forefront of these stories. Disney+ allows them to spread out their tales. Even if the world’s future is at stake, we still get the time to explore times in these superheroes’ lives that seemed secondary. Even if the show is about the legacy left behind by Steve Rogers, it really is about people trying to find their identity in the world. Are we more than what the people believe us to be?

Bucky is the perfect example. He spent almost 90 years frozen. Only to see the world as a mindless assassin killing innocent lives. Now, he was brought back from that life but is having a hard time coping. Not only does his story work as a parallel to real-world issues with soldier’s PTSD, but it also gives us a moment to explore his time facing that past. He is going to therapy sessions and even tries his luck with a date. His guilt sadly takes over, but we get a brief window into his life.

In a way, Disney+’s offerings mix-up what we usually expect from Marvel. We do miss the spectacle on the silver screen. Yet, it feels like these somber moments of real-life would only really work through these smaller stories. It makes sense that Ms. Marvel or She-Hulk are going to take an episodic direction, as their private and professional life is what defines them. We get to spend some time as they balance their heroic life with their everyday existence. The franchise can echo what the Spider-Man films have tried to balance in a limited runtime. It’ll be interesting to see how the future episodes continue down this path set-up by the premiere episode of The Falcon and The Winter Soldier.