With the opening of the MCU’s multiverse still very fresh in our memories, the first episode of What If…? promptly delivers content to give color to the infinite branching timelines seen at the end of Loki. The series ambitiously depicts these alternate realities in an animated light, which will undoubtedly change how the MCU as a whole is perceived for better or for worse. While, consequently, there are growing pains, the first episode of the series is intriguing enough for the average viewer to accept the invitation to dive further into the prism of time. Here we are introduced to Jeffrey Wright’s The Watcher, who promises to be the guide. 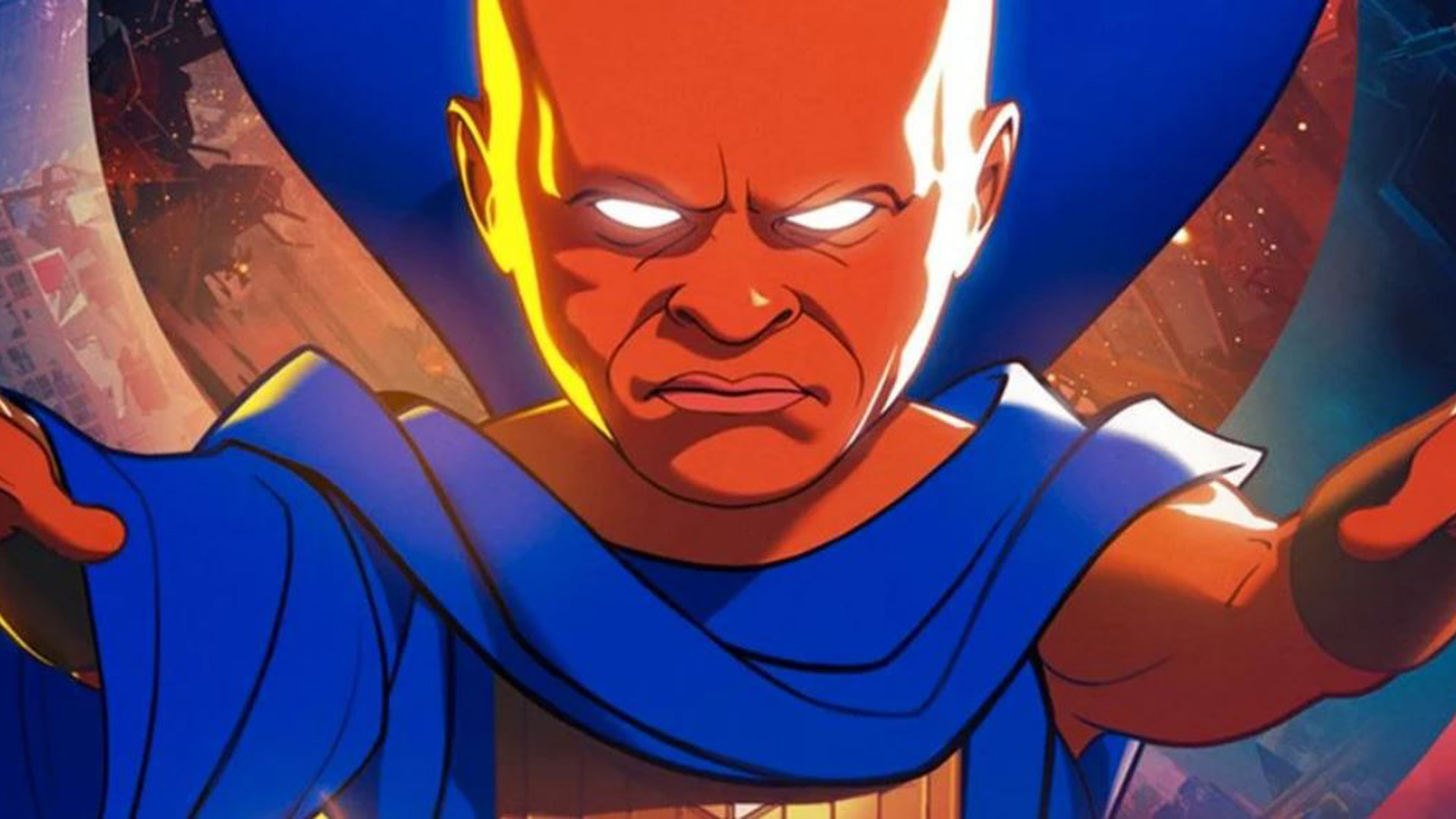 The animation style adopted by the series requires some getting used to throughout the episode. Not only is it a stark change from the MCU’s exclusively live-action history, but it certainly comes with its own flaws. It doesn’t start off strong—it’s clunky, stiff, and less than stellar with dialogue. Ultimately, though, it settles itself in and the story is laid out relatively unhindered by it. Part of its success there is likely its heavy use of familiar voices. While Chris Evans does not return to voice Steve Rogers, virtually every other major character in the episode features returning cast. This makes everything easier to swallow and accept as related to original timeline, but it can come at the cost of stellar voice acting. Dialogue overall came across awkward and forced. Even Hayley Atwell’s Captain Carter seemed off, but it’s arguably a reasonable and maybe preferable trade-off for the series to make.

The use of animation in general is an incredibly valuable operation for What If…? It allows the series to tell a variety of stories easily and with versatility, creating space for prolific storytelling that is unencumbered by the constraints of live-action. The fact that these stories are animated also brilliantly underscores the series’ premise that they exist in alternate realities. Still, given the rumors that characters from the series will make transitions into live-action down the line, the switch between styles likely won’t be able to escape being a jarring  and tricky experience.

As to the actual story of the episode, What If…Captain Carter Were the First Avenger? indeed follows the simple premise of exploring what the events of Captain America: The First Avenger would have looked likely had Peggy Carter taken the Super Soldier Serum instead of Steve Rogers. Overall, most of the elements of the film lingered. The notable differences were that Steve took on the role of the HYDRA Stomper, Bucky Barnes did not fall off the train and ultimately become the Winter Soldier, and the Red Skull uses the tesseract to create an interdimensional portal. Peggy, now branded as “Captain Carter”, charges into the latter at the end of the episode only to emerge in a lab identical that the one seen at the start of Avengers. This is the most radical departure and significant development in the story, as it already opens up the multiverse to Captain Carter. The Union Jack shield-bearing Captain at the end of the episode is definitively set on a path very much unique from that of our known Captain America’s. 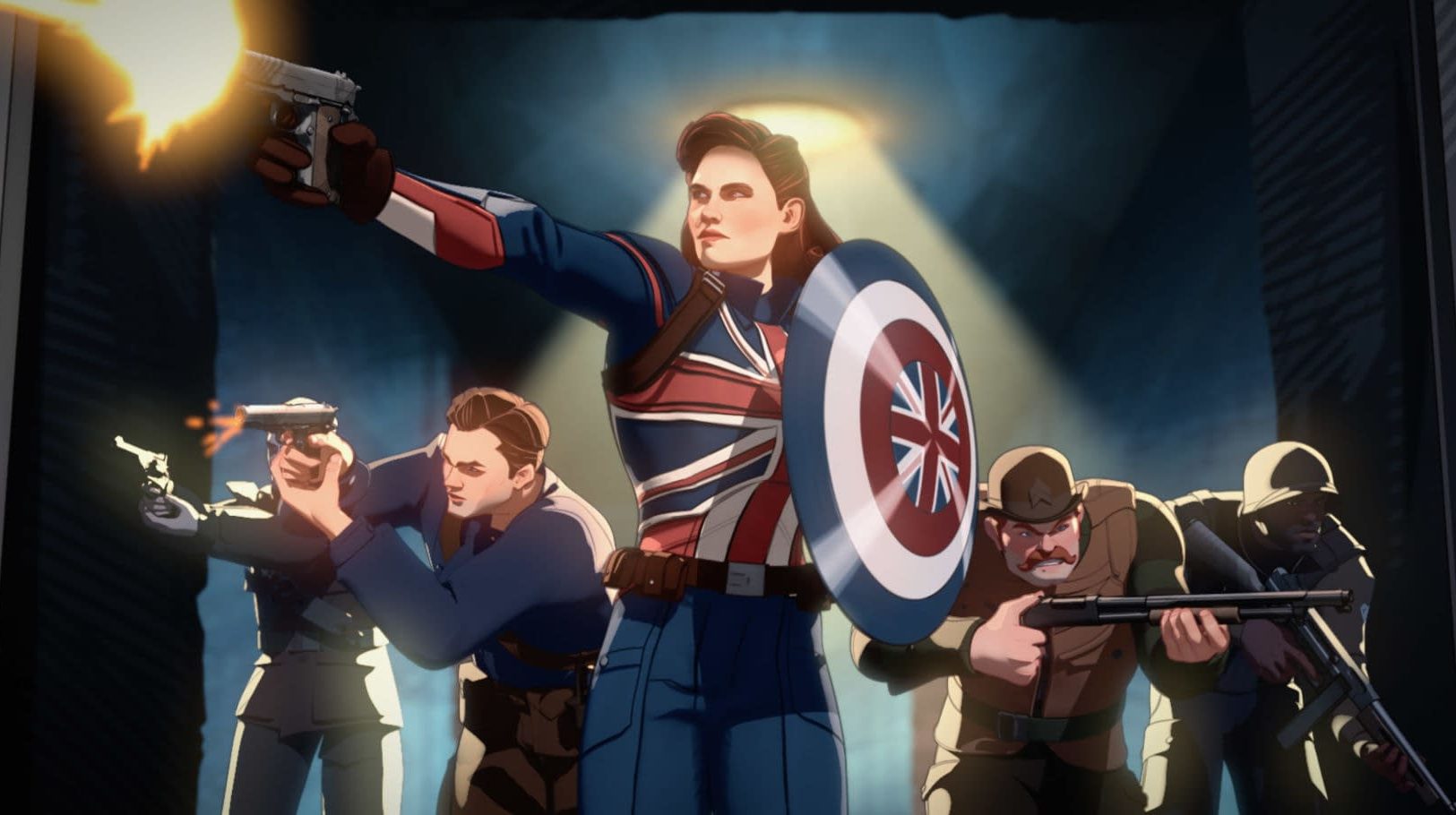 Obviously, though, the second major implication of this alternate reality is that the world’s first and only super soldier was a woman. The show rightfully takes pains to emphasize the significance of this in Carter’s 1940’s scenery. While this focus could be altogether dropped once she distances herself from the classic old-fashioned ways of her time period, it probably won’t be in the long run. Either way, Captain Carter is unfortunately otherwise fairly one-note and uninteresting. Her entire personality is displayed through the lens of a perfect soldier, and Carter simply and unfailingly punches her way through the bulk of the episode. She shows virtually no vulnerabilities or weaknesses other than her romance with Steve. It’s great that she is being planted as an unwavering and strong character, but it just isn’t compelling yet.

Given that the entire point of the series and this episode is to briefly explore a hypothetical situation, the lack of depth to a character is not surprising or even unwarranted. However, because Captain Carter is confirmed to be returning for every season of What If…? and rumored to be making a live-action debut in Doctor Strange in the Multiverse of Madness, it’s entirely fair to ask for a leading character to be more engaging and—honestly—fun. Captain Carter still has time and space to further develop and bring more to the table, but hopefully she will become someone easier and more entertaining to tag along with on this wild journey through the multiverse.

At the end of the day, the first episode of What If…? is a taste of what a wider sampling of the Marvel universe can offer to the MCU. While it may not be completely satisfying, it does do its job of persuading viewers to give the whole meal a chance. As the threads of the series start to intertwine, the novel overall style of What If…? will be put to the test. For now, though, we can just sit back, relax, and keep an open mind about what the MCU is throwing our way