It hasn’t been an easy road to this point. Marvel’s Avengers had quite a questionable start for many. The game faced many challenges with various bugs and a pandemic pushing content back. Yet, it continued to persevere with monthly events starting in April and the release of three new playable characters. The latest expansion, War for Wakanda, finally introduced the game’s version toofBlack Panther and continued to build upon the war against AIM. We’re also only a week or two away from the game’s first year coming to an end. So, what better time to explore how far the game has come and what the latest addition has to offer.

The game’s biggest strength has been gameplay and the story. While mission variety has been a bit stale early on, each of the game’s characters feels like their own character. Even with a base combat style, the newly introduced Black Panther has quite a few tricks up his sleeve. He comes with a new mechanic that lets him lunge at enemies. You can even jump on giant machines to do damage. His heroics also add some fun elements, as you can summon the Panther God Bast alongside Dora Milaje to help you in combat. His addition continues the tradition of complex kits to test out.

He’s also a great contrast to the last two characters, who were a bit too similar. It made sense, as it was Hawkeye and his protégé, Kate Bishop. They both rely on their arrows and swords to take on enemies, and they pretty much share the same base ability. Clint Barton is more bow-focused, but they are just a tad too similar. In a way, I think him only relying on keeping enemies at a distance with his bow and shurikens from his time as Ronin could’ve made him stand out just a bit more. Perhaps something they could add in future updates.

Still, all three stories continue to expand the overarching narrative in unique ways. The first campaign was an introduction to this world’s Avengers and the threat that AIM poses. Kate built up the mystery of the strange Tachyon storms that led us into the future with Hawkeye. The tease after the Cosmic Cube event was a personal highlight as it answered theories and offered a glimpse into the future. War for Wakanda takes a different turn as it’s not only longer than previous entries but also feels a lot more personal.

The Avengers take a backseat this time around, which fits the story from T’Challa’s perspective. I do wish the opening was from the Avenger’s perspective as we fight our way through the jungle to end up in this new location, but it’s Wakanda’s story and better left as such. It just lacks cohesion on how they ended up deciding to fight there now and not earlier. Personally, the ending is the weakest point in the story, as it does what it needs to do so Black Panther can join the Avengers for future adventures, but it doesn’t give us any hints at what’s ahead.

Of course, the new story also adds some new elements to the endgame. We get quite a few new mission types this time around. I noticed that the challenge spiked in this expansion, which is a good thing. Some of the earlier parts of the game weren’t too difficult to play through, but since the Cosmic Cube event, it seems they’ve been upping the overall challenge. There are also new puzzle types, like a miniature Horde mode, that push the players to communicate. I hope we get more of them in other biomes. The Wasteland is still very barebones, which could benefit from this type of content.

In a way, while the story does introduce new mission types, the endgame still feels like an afterthought. We didn’t get an Omega-Level Threat included in this release. While it does add some new mission types to test out after finishing the story, there’s nothing endgame-specific to catch your attention as a player. Why not include a special mission to tease the next story arc, like Cosmic Cube was just without the month-long wait. The ending leaves a specific villain’s story open, which would be great to expand in an epilogue fashion teasing the next arc. How about a new mission type that feels like a reward for finishing the story.

Gear is still getting overhauled, but there are some fantastic exotic pieces with Black Panther. So, there’s a reason to grind, but the lack of something new is a bit of a bummer for more casual players. Luckily, the new Corrupted Vibranium event adds new elements to existing missions and is a pleasant addition to the content drop. Plus, Vibranium and Sonic gear adds something new to play around with and motivates one to grind a bit more. My only real complaint is that Sonic’s blurring effect is annoying and needs an overhaul as soon as possible. Still, the addition to existing missions might also be our first step towards randomization that, hopefully, is an element we see in the upcoming Patrol mode.

War for Wakanda also came with a complete overhaul of their user interface, which they teased as the foundation for the game’s latest developments. While needing to adjust to it, it took away the clutter of each menu consisting of various submenus, but there are some parts where it overcorrected. Gear management requires more clicks than previously but could get rectified with future updates as we’re only getting a glimpse of where it’s heading. Still, the option to have gear loadouts in the future is an exciting prospect and entices keeping more gear pieces to play around with.

Marvel’s Avengers has changed quite a bit since its launch. I’ve noticed that I am playing it more frequently than I did months prior. The events add quite a bit of replay value and temporary challenge. War for Wakanda is a great addition. T’Challa’s performance by Christopher Judge being a highlight. In general, the voice work here is fantastic and elevated the story in comparison to other updates. We had more characters to interact with, a new hub world where you can find Easter Eggs and other things.

Though the new Outpost is beautiful, it still lacks functionality outside of mission selection and getting dailies. I hope we get something to do at these places in the future. We’re still anxiously awaiting the updated roadmap for the coming months, and there’s a lot more content heading our way. My biggest complaint is that the endgame still needs a bit more attention. Still, we have additional OLTs, Patrol mode, and potentially a lot more heading our way. So, I think Year 2 has the potential to remedy those complaints. The game is a fun experience, and being a part of its evolution and community adds that little extra. 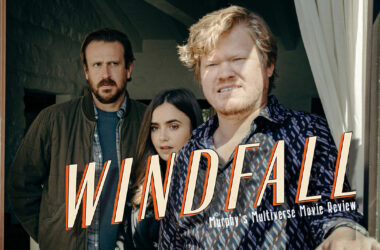 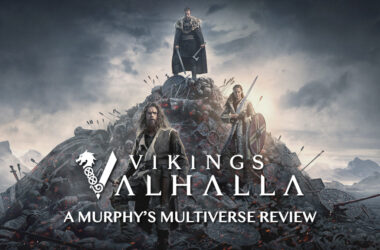 Vikings: Valhalla is technically a spinoff to the original Vikings series, which ran from 2013 until 2020, but…
Read More 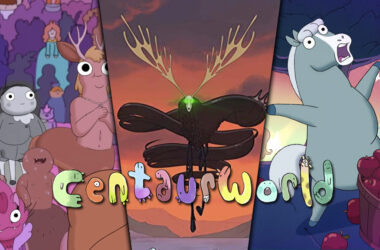