We’re just hours away from the premiere of WandaVision on Disney+. With a star-studded cast of Elizabeth Olsen, Paul Bettany, Kat Dennings, Randall Park, Teyonah Parris, and Katheryn Hann, this show certainly set to be quite the spectacle. It seems like that cast is only going to get bigger, as, during an interview with Black Girl Nerds, Vision actor Paul Bettany teased the appearance of a surprise actor. He’s stated that this actor is someone Bettany has wanted to work with for a while. Now, one of the key elements of any sitcom is the incorporation of guest stars. From John Wayne appearing in I Love Lucy, Adam West in Bewitched, and Christopher Lloyd in Malcolm in the Middle, it is quite common to have an unexpected cameo from a recognizable face appear at least once. So, why don’t we explore who the mysterious guest might be?

There have been hundreds of sitcoms over the course of television history. We know that WandaVision based itself on quite a number of these like The Dick Van Dyke Show, Bewitched, The Brady Bunch, Full House, and so on. So, it would make sense for one of these actors to appear as a resident of Westview. Imagine the likes of sitcom legends like Dick van Dyke, Erin Murphy from Bewitched, Maureen McCormick from The Brady Bunch, or someone from Full House. We know that Marvel already has included a few former sitcom stars, like Debra Jo Rupp from That 70’s Show, so there might be many more that haven’t gotten revealed yet.

2. James Spader as a Human Ultron

This theory has been something I have hypothesized for quite a while, and I hope it becomes a reality. James Spader was such a key piece in the MCU back in 2015. He had a considerable role in the development of Wanda and Vision in Avengers: Age of Ultron. Hell, he created the body that would eventually become Vision. Imagine someone knocks on Wanda and Vision’s door, and it turns out to be James Spader. He is in a human body and posing as Vision’s father. Perhaps some fans might not recognize him right away without his robotic form, but his voice is certainly something fans will remember. His appearance could even serve as a perfect representation of Wanda’s psyche and trauma. We see it starting to merge with her seemingly perfect suburban life. His appearance in this show, in my opinion, could bring the newly-wed couple’s story full circle.

Having Dr. Stephen Strange appear in WandaVision feels like it’s nearly a given due to the connection this show will have with the upcoming Doctor Strange film. If I had to take an educated guess as to how we might see Doctor Strange in the series, there are two possibilities. One way would be to take a page out of House of M by making Strange the doctor who helps Wanda give birth to her twins. The other option would be near the end of the show, where he will try to help Wanda not fall into the madness that might befall her throughout the story.

Wanda’s connection with the Avengers has grown over the last couple of films. Should any of the original members of the Avengers appear in WandaVision, I would suspect it would be characters that have helped Wanda overcome her fears and traumas. My main choices would be Clint Barton and Natasha Romanoff. Clint helped Wanda find her inner courage through which he became a mentor figure. He was the one that dubbed her an Avenger during the events of Age of Ultron. And as for Natasha, she took Wanda under her wing and trained her to blend in as a spy, which we saw during Captain America: Civil War.

We know from an interview with TV Line that Kevin Feige teased that we should pay close attention to the various commercials. I suspect we might see ads from companies that have affected Wanda directly in her past. One notable company would be Stark Industries. Wanda had to witness her own parents’ death when a shell with Stark’s logo on it hit their apartment building. It was one of the reasons they took on the villainous roles in Age of Ultron. Not only that, but I suspect we might see Hydra showcase a commercial that’ll serve as a bit of backstory to how Wanda and Pietro got recruited into the ranks of Hydra before the events of Captain America: The Winter Soldier. Just imagine Dominic Cooper or Thomas Kretschmann appearing in various commercials as Howard Stark and Baron von Strucker. They keep trying to sell their unique products to Wanda with empty promises. They could be giving cheesy, expositional commercials about their companies to represent the sitcoms era.

Thanks to our very own Charles Murphy, we know that Evan Peters is joining the show in a mystery role. Now, I have several suspicions as to who Peters could be playing. No matter the way I look at it, Peter’s role will mess with Wanda’s psyche. His experience playing antagonistic characters in the American Horror Story series certainly would make him the perfect candidate. Many people suspect he could be portraying an interdimensional villain, who comic fans might know as Nightmare. Others claim he could be Marvel’s resident devil, Mephisto. Some have even mentioned the possibility of Evan taking on the mantle of Pietro Maximoff. The one thing that these characters have in common is the ability to convince others to do their bidding. And if he did end up portraying Wanda’s brother, it would be nice for him to pay homage to the House of M story arc by being the one that convinces Wanda into making a new reality, where everything can live their dream life. 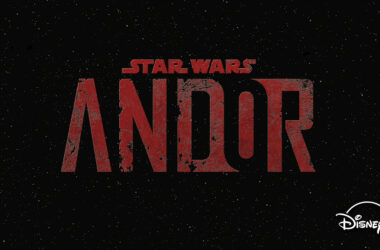 Premiere: August 31, 2022 Announced in November 2018 this live-action series, set between the events of Revenge of the Sith and Rogue…
Read More 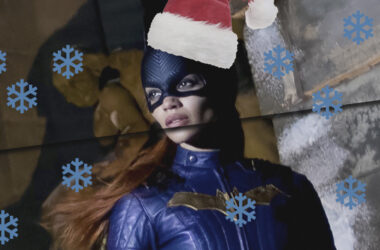 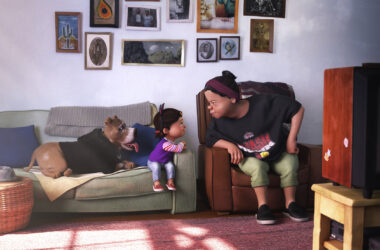