Godzilla vs. Kong has been our first sign that cinemas are recovering. The showdown between these cinema icons has offered an exciting and visually stunning film. An aspect that makes these films stand out from their predecessors is how it deepens its mythology. We explore how these giants can co-exist with humanity. We come to learn in Godzilla: King of the Monsters how these beasts have been hibernating for millennia. It is a great concept that offers our human characters something to do while avoiding getting trampled to death by the mountain-sized Titans. Yet, the latest entry in Legendary’s Monsterverse has revealed how this focus can also drag out a storyline. To offer a quick rundown, we follow two distinct groups. One ragtag team focuses on uncovering Godzilla’s strange and erratic behavior of randomly destroying cities. The other follows Kong, who is seeking his home in Hollow Earth. In theory, it is a great idea to explore a mysterious world at the center of our planet. Yet, the point of the series is the showdown between Godzilla and Kong. So, we barely scratch the surface of this strange new ecosystem and the Titans that live there. We quickly have to establish Kong, his new weapon, and a way for him to get to Hong Kong.

The concept is interesting, but it feels more like a pitstop rather than natural worldbuilding. In the intro, Godzilla vs. Kong teases the mighty battles between their ancestors, yet there was no mention of it to this day. They have been building up this showdown for some time, but it feels a bit slapped together in a way. Their only motivation is that two Alpha predators can’t exist at the same time. Yet, they technically have with Kong living on Skull Island all this time. Hollow Earth got teased in King of the Monsters, but it doesn’t match what we witness in its sequel. We got introduced to these two curious concepts of a society worshipping these creatures, but they are nothing more than window dressing for the story. The tribe we met in Kong: Skull Island ended up getting eradicated off-screen since the 2017 film was released. It felt like a waste to skim over that aspect.

In a way, they try to use Monarch purely as an expedition dump. The 2014 Godzilla focused on people that weren’t related to the secret organization, who started gaining center stage with each new entry. Each film needs to explore and explain the history of these monsters. At some points, they try to get the human characters to have an essential role in the Titan’s battle, which feels a bit forced. It creates a bizarre dichotomy of these giants that survived long before us being a bit dependent on human meddling. The problem is that the human characters don’t feel like they have a personal challenge to overcome but rather are cogs to push towards specific story beats.

Monarch is a great concept to tie the movies together, but it is time to focus on more personal stories as the mythology grows in the background. It got rumored that Monarch might get its own HBO Max spin-off series. It can serve as the mythology-based series that explores everything set up throughout the Monsterverse, while the films can take a step back and offer some new perspectives on a world filled with Titans roaming freely. 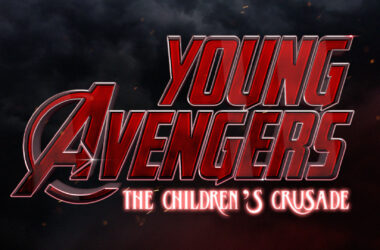