Once upon a time, writer Tim Seeley and artist Logan Faerber were set to usher in a new era for Blade in Marvel’s comic book universe. The duo had created a new character, by the name of Fallon Grey, who would be introduced as the iconic vampire hunter’s teenage daughter. The concept behind the story excited a lot of fans, but many took issue with the idea of an all-white, all-male creative team telling the story of a young black woman. With pressure mounting from the backlash, Seeley and Faerber both departed the project and Marvel cancelled the book before it was ever released. As such, Fallon Grey never got to make her much-anticipated debut and faded into the obscurity of “what if” concepts. She remained in this obscurity until quite recently, when a surprising casting grid for Marvel Studios’ Blade revealed the production team was searching for a spunky 15-year old girl. Blade doesn’t have a long history of paling around with teenagers, so who could this young person be? Here at Murphy’s Multiverse, we think Kevin Feige and company might be interested in giving Fallon a second chance. If this is true, the question shifts from “who” to “how”, and there are two major possibilities that could answer that query.

Let’s start with the origin Fallon was supposed to have in the comics. When the character was announced at Comic-Con 2015, she came with the following log line:

Fallon Grey is a sixteen year old girl from rural Oregon. Nominated for Prom Queen, Captain of the debate team, most popular girl in her class. But there is another side to Fallon. A feeling like there’s something more inside of her. When terror strikes her small town, she’ll find out just how right she was. As fearsome supernatural forces hunt Fallon, she’ll come face to face with something even more shocking than the monsters on her tail. Eric Brooks…Blade…her father?! And in each other, they’ll discover the purpose they’ve each been struggling to find.

This unused plot seems almost tailor-made for the Marvel Cinematic Universe. We know that Marvel Studios loves to tell stories about characters discovering they’re part of a larger world, and with heroes like Spider-Man and Ms. Marvel coming to the forefront of the franchise, we know they have a specific interest in doing it with young folk. One can assume that with a man of Mahershala Ali‘s stature in the title role, we’ll be getting a Blade who’s been around killing vampires for a while. Using the aforementioned origin for Fallon, and making her the actual protagonist of the story, would slip her into the role of audience surrogate quite nicely. We would learn about Blade and his mission to rid the world of vampires right alongside his daughter. Also, setting the bulk of the story in a small town invaded by bloodsuckers, a la 30 Days of Night, is a good way to show how the monsters and their hunter could have been waging this war for so long without anyone knowing, all while maintaining a firm hold on the horror genre. The plot could then end with Fallon accepting her role as a vampire killer, and leaving her suburban paradise to join her father as a new Blade. While this seems like a likely approach to introducing Grey, there is a possibility Marvel gives us a version of the Buffy-esque hero who is already working side-by-side with her father when we meet her. If that’s the case, the studio could find inspiration in a separate comic character they’ve shown interest in adapting before.

Elsa Bloodstone, a member of Marvel’s horror roster created by Dan Abnett and Andy Lanning in 2001, would coincidentally be a perfect template for a re-imagining of Blade in the MCU. In the comics, Elsa is the daughter of little-known bronze age monster hunter Ulysses Bloodstone. Much like her pop, she grows up to become a proficient killer of things that go bump in the night and has since found herself becoming a member of teams like the Midnight Sons and the Astonishing Avengers.  Unfortunately for Elsa, she had a less-than-ideal childhood dealing with a strict and abusive father intent on making her a killing machine. Now, Marvel Studios probably wouldn’t stoop to making Blade an abusive dad, but I don’t think anybody has ever described the character as “soft” or “loving”. It would stand to reason that if Fallon is brought to the big screen having been raised by Eric Brooks, she would have dealt with her fair share of stern scolding. Since Fallon technically has no pre-existing character traits, they could just make her a loose adaptation of Elsa. Portray the young protagonist as a talented vampire hunter, in a strained relationship with the man who didn’t know how to raise her, and tell the story of their re-connection. Marvel Studios could even have Fallon be more of a general monster hunter instead of being specific to vampires, separating her a little from Blade so they can co-exist more easily in the MCU going forward. 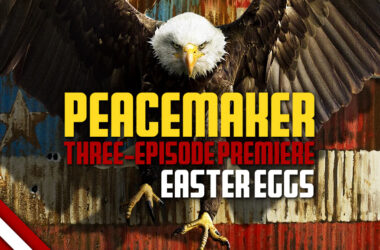 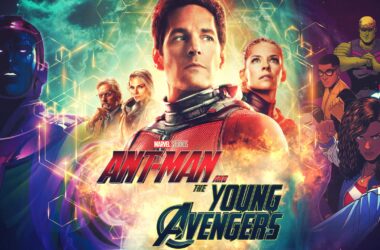 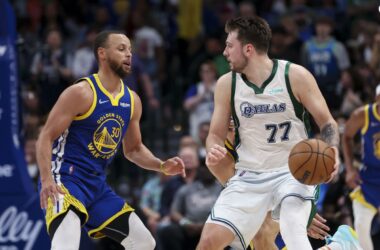