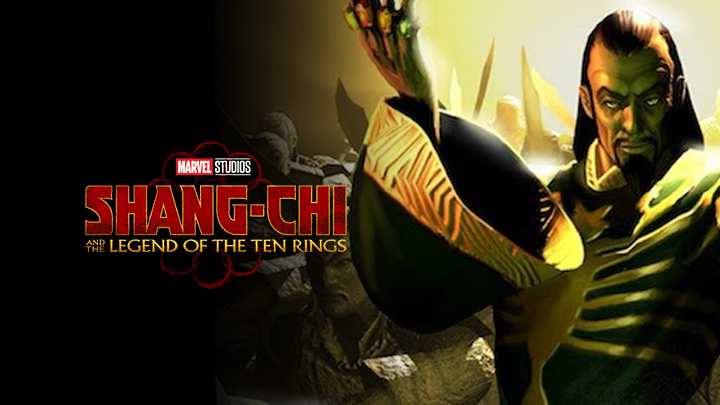 It looks like the Shang-Chi and the Legend of the Ten Rings leaks weren’t quite done yet. Today, we’ve run a story that offered our first look at Shang-chi’s costume in the upcoming film. Now, the rest has leaked with a closer look at Wenwu, or better known as the Mandarin. This leak comes from Twitter user @Ryans_Ramblings. The first time the figures leaked, we noticed some interesting rings on his arms. Well, the design on the back of the Marvel Legends packaging offers a closer look at the rings that might replace the iconic ones from the comics. It also includes the following description:

Shang-Chi’s father Wenwu is the feared leader of the Ten Rings Organization, which has lurked in the shadows of the MCU since the very beginning.

Wenwu’s blue design is a nice contrast to Shang-Chi’s red outfit. It is also quite curious that his outfit is quite a bit more elaborate with quite the belt. Their outfits seem heavily inspired by Chinese culture, which is a great way to showcase that this isn’t your typical “superhero” film. We also get a closer look at the other figurines with Death Dealer being a visually interesting design. Now, the big takeaway is that the ten rings are definitely going to be very different in the film. I theorized they might be used as a weapon but they are much thinner than anticipated. It looks like they are ornaments on his arm that many might mistakes for decoration. It will be interesting to see if each one has their own ability as well. They might still have a unique ability,w which will add a nice visual to the fight scenes. Hopefully, that trailer is just around the corner.