Not all things in the MCU are just as they appear in the comics. Civil War didn’t see Bill Foster killed by a clone of Thor; Yondu was a space hillbilly rather than one of the last survivors of the Badoon slaughter of Centauri IV; Ego fathered Peter Quill and considered himself a Celestial rather than and Elder of the Universe. The Elders themselves are a pretty interesting and loosely associated group of incredibly powerful beings who have popped up randomly over the years in the comics to partake in some shenanigans before disappearing again, sometimes for decades. To date, we’ve seen two of their number show up in the MCU: Benicio del Toro’s Collector and Jeff Goldblum’s Grandmaster. While neither Elder has played a huge role, their roles have been memorable, mostly for the eccentricities of the actors who portrayed them. del Toro and Goldblum aren’t the only quirky actors out there and, as it turns out, there are plenty more Elders who could show up and allow some of Hollywood’s quirkiest talents to join the MCU.

Drew Barrymore as the Caregiver

Keep in mind that the goal is for these Elders to be part of an interesting side plot for our leads. Rubanna Quormo, the Caregiver, has only made a handful of appearances in the comics and would fit nicely as a character that one of the MCU’s leads has to interact with in order to get something accomplished. Mark Gruenwald created the Caregiver during his run on Quasar, a character James Gunn once teased might be joining the MCU. I’m sure it’s too late now, but sneaking Barrymore into Guardians of the Galaxy Vol. 3 and having her character interact with Drax might be worth the rewrite! Barrymore has managed to stay relevant to pop culture for 40+ years and would certainly have a blast in the role.

Steve Buscemi as The Runner

Like a lot of speedsters, the Elder known as The Runner is annoying as hell. When the world moves at a snail’s pace compared to your mind, it’s pretty tough. Go through that for 5 billion years, as Gilpetperdon did, and you might go a little crazy, especially if you’re immortal. This one’s a bit ironic because The Runner is typically displayed as being immaculately chiseled and covered in gold; Buscemi hasn’t hit the gym in a while and is as pasty white as it comes. But give me pasty Buscemi in a loin cloth and let one of Hollywood’s best character actors go to work while racing the Silver Surfer through the cosmos.

Gary Busey as The Astronomer

Simply put, Busey is a mad man. He embraces and owns it as well. It’s absolutely his thing now. In lining up these potential roles, it’s not always about a perfect physical match and in this case it’s all about embracing the crazy and no Elder ever hatched a crazier plan than Seginn Gallio, the Astronomer. Alongside the Grandmaster (just imagine Busey and Goldblum sharing scenes), the Astronomer planned to kill Galactus in the hopes that his death would kill everything in the universe, including the Elders themselves.

Crispin Glover as the In-Betweener

Going all the way back to his perfectly awkward performance as George McFly in Back to the Future (one of Kevin Feige’s FAVORITE films, by the way), Glover has always made fans feel just a little bit uncomfortable, including in his performance as the Thin Man in the Charlie’s Angels franchise. The In-Betweener’s entire existence is based in being uncomfortable as serves as the synthesis of the cosmos’ essential concepts. He is life and death; order and chaos; powerful and weak. This is the MCU character Glover may have been born to play and one that would probably give the younger audience members nightmares if he were to show up in something like Doctor Strange 3.

John Malkovich as The Gardener

Malkovich was the man who inspired the creation of this list and so it’s fitting that he lands here as the Gardener, the being responsible for sowing life all over the galaxy. Ord Zyonz is a character who would fit nicely into something like an Eternals sequel or even the second season of Loki and there’s even an arc where the character is driven to madness, which puts him directly in Malkovich’s wheelhouse. Malkovich, like Goldblum, is a national treasure and we need to get him in the MCU immediately.

Charlie Sheen as The Champion

If you said you know someone who has lived a wilder life than Charlie Sheen, you’re probably lying. The man’s highs and lows are about as consistent as the tides but he manages to persevere and there’s one thing he’s know for: WINNING! None of the Elders do more winning than Tryco Slatterus, aka the Champion. Sure, he’ll probably have to get in the weight room for a bit to bulk up to Tryco’s size (I don’t think steroids would be the worst thing he’s put in his body), but let’s paint him blue, spike up the hair and let The Wild Thing back out.

Christopher Walken as The Stranger

The idea of this feature and this list was to identify potential MCU roles for some of Hollywood’s strangest personalities and arguably there are none stranger than Walken. Walken is a legend in Hollywood and, make no mistake, knows exactly how strange he is. With that in mind, why not cast him as the Elder who has made the biggest impact on the MCU and have him show up a few times over the next several years? The Stranger has ties to mutants, Thor, the Silver Surfer, Secret Wars and more. so let’s get Walken on board and let that unsettling cadence take over.

The bulk of this list has lived either a long or hard life (both in some cases) and, unfortunately, won’t be around forever. Let’s pull the trigger on getting this band together so we can get them all on screen for one glorious MCU moment. 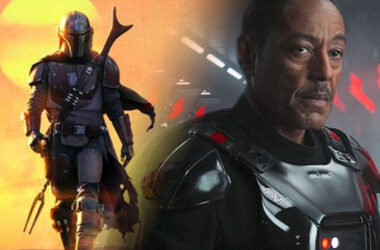 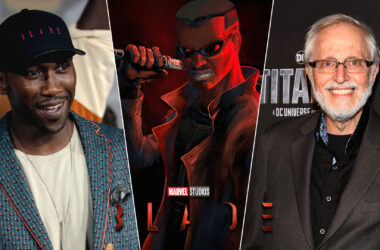 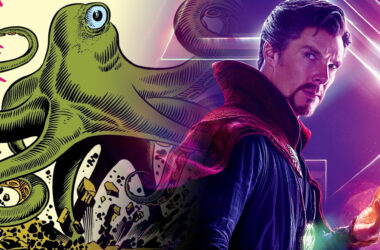 It looks like Shuma-Gorath might not be the only tentacle monster in the upcoming Doctor Strange sequel. A listing by actress…
Read More