Ever wonder what it would look like if The Lonely Island were put in charge of a Disney movie? Wonder no more. That movie is here, and it is Chip ‘n Dale: Rescue Rangers. The newest animated comedy from the House of Mouse is a perfect example of nostalgia done the right way. Director Akiva Schaffer manages to find a perfect blend between classic story of friendship and the admittedly insane amount of cameos and references pulled off during the film’s tight runtime. It’s family friendly, with lots for the little ones to love, but with plenty of jokes aimed specifically at the adult crowd as well.

Those jokes, however, aren’t necessarily the kind one might expect from a Chip and Dale picture. Gone are the high-pitched chipmunk voices of old, and in are the vocal chords of comedians Andy Samberg and John Mulaney. Naturally, this leads to a lot more deadpan quipping and observational humor than the cornball antics of the original animated series. The strange tonal pivot, which works surprisingly well, is explained away with a rather Roger Rabbit-esque revelation. Chip and Dale were never those famously squeaky detectives that folks tend to think of when their names come up. Instead, they are simply actors, living in a world where humans and cartoons co-exist peacefully. Now, decades after the end of their hit show, they’ve broken up and live relatively normal lives, working jobs that don’t exactly bring them the same kind of fulfillment as the Rescue Rangers once did.

From here, the movie gets pretty cliche. The duo’s old partner Monty, now voiced by Eric Bana, goes missing, forcing them to reunite and resolve their differences to save their friend. Most of the plot points and story beats are ones audiences will recognize, and most of what goes on is pretty predictable. It’s a really simple movie obviously designed with children in mind, paced quickly for short attention spans, making it easy to follow. However, the fact that so much of the film treads familiar water while also remaining fun for grown-ups is a testament to just how entertaining the rest of it is. Despite not breaking much new ground, Chip ‘n Dale is genuinely pretty funny from beginning to end.

The movie is injected with that specific style of new-age satire that allows it to be both earnest and self-aware at the same time. For every joke made at the expense of animation and it’s classic characters, there’s also a sense of pure love and admiration for the genre that the filmmakers so clearly grew up on. There are quite a few deep cut references to the history of animation too. Some are more on-the-nose, like Los Angeles’ slum being called the “Uncanny Valley” because it’s filled with poorly rendered CGI avatars from the “early 2000s.” Others, like a surprise appearance by the Tigra from Marvel’s flopped Avengers: United They Stand  cartoon, are just weirdly obscure and specific enough to put a big smile on the face of an older audience. There are many more I’d love to get into here, but I wouldn’t want to spoil the fun of seeing it all for the first time.

Mercifully, most of the cameos and references happen in a pretty organic way. Trailers for the film made it seem like the Easter eggs may overpower any actual storytelling, but this isn’t the case. The Roger Rabbit setting allows for a litany of references and appearances to happen without anything being forced, with a multitude of famous faces popping in and out as the plot unfolds naturally. It’s essentially what many fans had hoped Doctor Strange in the Multiverse of Madness might be, without the limitations of applause breaks or fear of “being too much.” There are quite a few vocal surprises as well, with guest stars voicing different characters than were advertised leading up to the film’s release. A lot of them produced excited chuckles from myself..

Ultimately, Chip ‘n Dale: Rescue Rangers succeeds in being a heartfelt tale for kids while also being a viable entertainment option for adults. Truthfully, the movie sort of plays like a project made specifically for people who grew up on the cartoon while simultaneously introducing the characters and concepts to a new generation. Most of the best jokes and surprises are really for the parents. So, get ready to sit down and gear up for a fantastic new family adventure. Sometimes some crimes go slipping through the cracks, but these two gumshoes are picking up the slack. 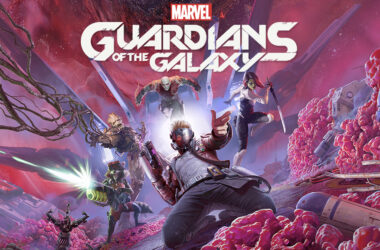 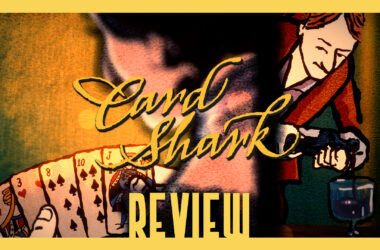 Have you ever dreamed what it would be like as a cheater in 18th century France? Ever wondered…
Read More 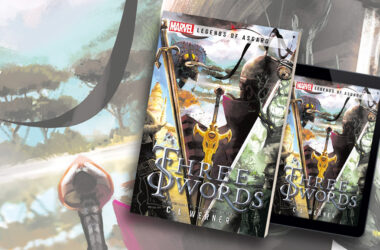