Still reeling from the death of Henry King Jr, in ‘Shining Knight’ the JSA takes time to regroup and plan out their next course of action, that is until a delirious Shining knight aka Sir Justin stumbles into Pat’s auto garage. This episode did a good job of really grounding the team, it helped teach them all what they were really getting into and will push the team to really come together and finish the Injustice Society off once and for all. But even though its title ‘Shining Knight’ the real shining star of this episode is Courtney, and her relationship with her dad and Pat.

One of the biggest unanswered question we’ve had this season was that of the mysterious janitor, many eagle eyed fans of the comics automatically picked up on it quickly, from the Medieval tone in his voice to the pegasus baseball cap, or maybe the inconspicuous sword in his closet. Sir Justin was an old friend of Pat, both of them having fought alongside each other as members of the Seven Soldiers of Victory, also being the only two known surviving members. Justin had become somewhat marooned in Blue Valley, muttering thing about coming here to slay dragons, presumably referring to Dr. Ito aka the Dragon King. But something is off with Justin, when he enters the garage he sees what believes to be an old friend but the next second he’s about to hack and slash at what he thinks is Dragon King, its not until Pat can get through to that he really begins to remember who he is and why he came to Blue Valley and what does he know about what the ISA has been doing in Blue Valley?

Courtney’s drive and inspiration to honor the legacy and bring in a new age of JSA members came from the thought that she was the daughter of the late Sylvester Pemberton, aka Starman, but no matter what, Pat would always deny the theory. In the previous episode, Barb attempted to reach out to the man who she knew to be Courtney’s father, Sam Kurtis, a deadbeat who in the comics is a low ranking member of the Royal Flush Gang and is in fact the father of Courtney Whitmore. As Courtney was about to leave for school a knock at the door stops the family in their tracks, upon opening its revealed to none other than Courtney’s father Sam. denying the fact that its really him, Sam manages to convince her to get breakfast with him so he could “make up for lost time.” This all ends up being some elaborate ruse in order to butter Courtney up and fill her head with fantasies of her coming to visit him and to think that she would really see her father again after he left, just so he could get that locket that he had given her oh so many years ago. With that locket went the last real connection Courtney had to her biological father.

With the locket gone Courtney’s last true connection her father was gone, for so long she held

The theory of Starman being her father inspired and comforted her. She no longer felt like she was abandoned and that she had that legacy to hold onto and it filled the hole in heart that she had carried for so long; to see that all fade away from her when her real father was on his way out was absolutely heartbreaking, like someone took the cosmic staff and snapped it over their knee. To see Pat really step into the father figure role in Courtney’s life was one of the strongest moments of the show. When he punched Sam and told him not to show his face around again, was when Sam lost all connection to Courtney: he wasn’t her father anymore. The legacy of Starman really did give Courtney a father: without it her and Pat never would’ve gotten so close and Courtney may have never been able to fill that hole in her heart. Courtney’s final attempt to work the staff almost ends in a teary eyed goodbye to her alter ego but isn’t until Pat is able encourage one last time that the staff is given the assurance that Courtney is the real deal, shining brighter than it ever had before and confirming that you don’t have to have a legacy to be someone. 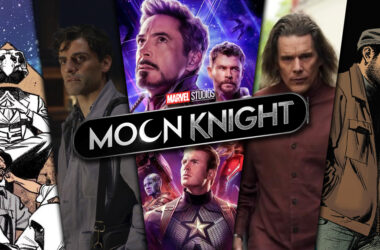 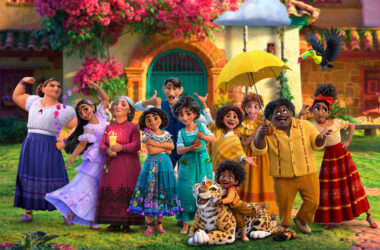 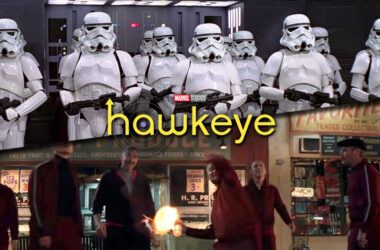