Episode 5 of Marvel Studios’ first canonical animated streaming series What If…? featured one of the most widely marketed twists of the shows: zombies! Dating back to the earliest teasers for the series, the image of zombie Cap has haunted fans and been used to build hype for the series. While the episode wasn’t the strongest of the series thus far, it did include arguably the most intense and disgusting “deaths” to date in the MCU, showcasing another way that animation can change what the studio can offer.

Put simply, animation+zombies = free reign to be about as gross as you want to be and the creative team behind What If…? ran with it like they were designing Mortal Kombat fatalities. The episode included two particularly bad cases of being cut in half (Sam Wilson and Steve Rogers were bisected longitudinally and transversely, respectively); Wong continued to trend of librarians from Kamar-Taj being relieved of their heads; and Hope van Dyne got especially nasty, using ants to strip the flesh from Ebony Maw, Cull Obsidian and Doctor Strange before decapitating Iron Man, repulsoring Happy in the face and then growing to full size inside a zombified Sharon Carter, resulting in a real gross mess. By the end of the episode, the body count was high and a couple of them might have made the final cut for Zombieland’s Kill of the Week.

And this is all a part, albeit a gory one, of how animation can change the future of the MCU. Sure, zombies can be killed in live-action and still get a TV-14 rating, but can they be killed in such a spectacular array of ways in live-action? Maybe, but it would be much tougher to accomplish with practical effects or without bumping of the VFX budget. So, in this particular case, an animated zombie episode seemed to be THE best way to bring the Marvel Zombies to the MCU without blowing out the budget and allowing for the creatives behind the show to have some fun without a lot of restrictions. So while it may not have been the most complete episode of the streaming series, it certainly was fun and does showcase how animation can change the game for the studio going forward. 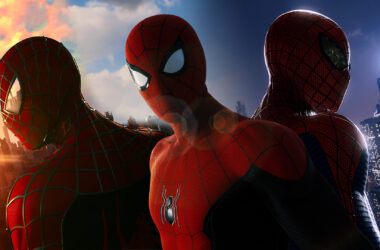 Multiple topics are trending amongst Marvel fans. The upcoming finale of WandaVision and the premiere of The Falcon and The Winter…
Read More 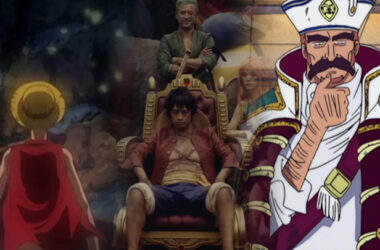 Any anime fans shutters when they hear the word “filler.” In the past, there have been too many…
Read More