Created in May of 1940 in More Fun Comics #55 by Gardner Fox, many characters have been known as Doctor Fate over the years, but the most known of them all is Kent Nelson, who became the Agent of Order when traveling through Mesopotamia in 1920, with his father, and fellow archaeologist, Sven Nelson. In the Valley of Ur, the two discovered a pyramid that held Nabu, an ancient immortal being from the planet Cilia, who had been kept in a frozen state for centuries. But when a poisonous gas was released in the pyramid, killing Sven Nelson, Kent began to train with Nabu and learn the secrets of the universe. Through completion of his training, Nabu bestowed upon him the Helmet, Amulet, and cloak, making him an agent of the Lords of Order, known as Doctor Fate. Nelson’s adventures were guided by Nabu as his spirit had become bound to the helmet. Through his travels, Kent would meet his soon to be wife, Inza Carter, who’d join him in the battle against the the Lords of Chaos.

Around World War II, Doctor Fate and many other heroes teamed up to thwart a plot to assassinate President Roosevelt and go on to found the Justice Society of America. Others who have gone on to wear the helmet include Inza Cramer, Kents grandson Kent V. Nelson,  Kents Grand Nephew Khalid Nassour, and from time to time John Constantine.

Doctor Fate has previously only appeared in live action once, all the way back in the golden days of Smallville, played by Brent Strait. The character also famously appeared on the Justice League animated seriously, leading some of the series most popular episodes. The Kent Nelson iteration of Doctor Fate will make his first film appearance in Black Adam, portrayed by Pierce Brosnan. 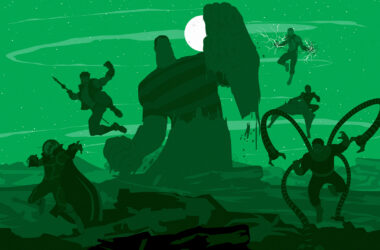 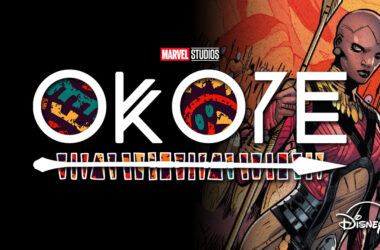 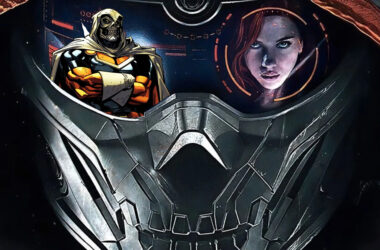