After a relatively long wait, news recently broke that Armor Wars had found its head writer, in Yassir Lester. It’s still very early in the process as Don Cheadle mentioned earlier in the year. He and Marvel Studios were still “talking about what that show is going to be” before hiring Lester.

Cheadle gave us another update yesterday at ACE Universe Comic Con. Not only did he mention a timing update having recently brought the head writer onboard but he also spoke about his excitement for Rhodey’s next stories:

I think the most exciting part is yet to come. I think we don’t really have a super strong idea who he is really, outside of that bubble of the Avengers, outside of necessarily his friendship with Tony, and now he’s gonna kind of be untethered from all of that. So it’s an opportunity to really kind of discover who he is in a way that we have not had before with concentrated time and focus on Rhodey and Rhodey’s journey and hopefully some stuff about his past and and you know teeing up some things about his potential future.  I think those kinds of things were hinted at in an Endgame where where this character might go and the things that may be in the offing for him.

Cheadle also reiterated something he’s said a few times before: it is still early days in the development of the show so despite it being announced almost a year ago now, we shouldn’t really expect to see it anytime soon.

It’s very early in the process of Armor Wars, we just hired my boy Yassir which I’m very excited about. […] A great guy, a lot of great ideas but honestly we’re just really trying to crack the spine of what it’s going to be.

So it seems in talking about Armor Wars teeing up Rhodey’s potential future, it might suggest a future beyond that event itself. As a senior member of the Avengers without some close friends like Tony and Steve around, it remains to be seen whether he will become a mentor to other newer members or simply lead by example. Whatever the case, Armor Wars seems like it will show us the potential first step in a new path for Rhodey. 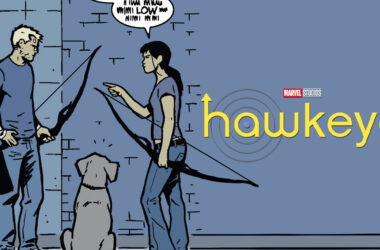 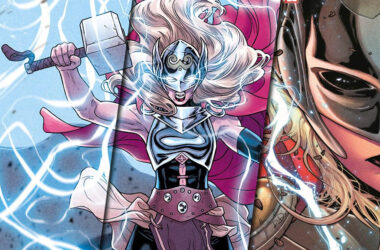 Some time ago, we got our first look at the upcoming design for Jane Foster’s transformation into Thor…
Read More