All things considered, Marvel TV lasting this long is pretty impressive. In their decade-long stint, the division has produced a slew of content, that ranged from spy shows like Agents of S.H.I.E.L.D. and Agent Carter, a surrealist fever dream like Legion, and gritty crime dramas like Daredevil and Jessica Jones. With a wide spectrum of subject matter, one can also expect a wide spectrum of results. Some of these shows ended up being duds while some became critical darlings. But when all was said and done, Marvel TV, for the most part, had something special going on for them.

Sometime last year, it was announced that Disney was dissolving the Marvel Television division as we knew it in favor of producing and streamlining new serialized content under the division’s more successful cousin, Marvel Studios aka the group that makes the movies. This sudden end for the was nothing short of bittersweet as there were a few projects still in development. This year saw the end of the series that started it all, Agents of S.H.I.E.L.D., with its seventh season and will also mark the final goodbye of Marvel Television with Helstrom, a show based on one of Marvel Comics’ premiere horror characters.

Alas, Marvel TV’s swansong is sadly, a dud, not a complete one but its flaws are more evident than its strengths.

There are great horror properties that aren’t necessarily scary but are well-written just as there are really scary ones that are contrived and awfully written. Helstrom falls in the middle of that category. It’s neither scary nor well-written. It’s a show that brands itself as a horror outing, showcasing possessions, exorcisms, and demons in its marketing material but in actuality, Helstrom itself seems scared of its own supernatural trappings as it refrains from actually giving us the scares. The trailer makes it out to be this action-packed screamfest but those moments are actually few and far in between. In an era where horror is having a resurgence on TV (Netflix’s Haunting of Hill House and Hulu’s new show Monsterland actually give some nice scares), it’s disheartening to see this show miss that mark when the comic and world it’s based is chock full of neat stuff.

I’m a firm believer that comic books can be reinterpreted for the better in their live-action depictions just so as long as it retains the spirit of the source material and in all fairness, Helstrom stays somewhat faithful to the beats of the character’s origins. However, it’s missing one key component of the comic. In the comics, Hellstrom stories were always fun romps against the supernatural. Yes, they dabble into some dark occult stuff but it never loses its flair for making things exciting. The show is far removed from that. Its tone is dreary and takes its own world way too seriously. Visually, it’s lifeless as its colors are muted all throughout. Most importantly, the show is devoid of any excitement and fun.

The problem is that Helstrom doesn’t really get to be what it needs to be and it might be because of Marvel TV itself. Anytime a comic they’re adapting has some semblance of the supernatural and unearthly, it gets diluted to gritty realism. The first season of Iron Fist and the Defenders suffered greatly from the company’s inability to give these elements so intrinsic to the source material any justice and Helstrom suffers as well. Their depictions of the supernatural feel cheap and lackluster. A supposedly scary entity gets undercut by poor design choices. The titular character Daimon Helstrom is such a bombastic character in the comics with all kinds of powers but in the show, it gets relegated to him slightly manipulating fire. I can’t imagine what that Ghost Rider show would’ve looked like if they went through with it.

Just like the Netflix shows, there’s also a good amount of wheel-spinning in this show. I don’t know what it is with Marvel TV shows in general but somehow, they’ve proven time and time again their inability to tell well-paced stories.  For example, early in the season, the Helstroms come up with a plan to chase down a possessed man carrying an ancient evil relic. It’s when the show finally kicks in; where the urgency of the matter is of the utmost priority. But what happens in the actual episode? The Helstroms get bottled in a room the entire time, rendering the momentum of the subplot inert. Even more baffling is the next episode when they talk about the chase happening off-screen instead of actually showing it.

And there’s a lot of telling and not showing in Helstrom. In the comics, Daimon Hellstrom’s father is a demon and is a huge part of that entire world. Likewise in the show, they make it seem like the dad is a huge deal. They talk about him a lot, allude to the horrible stuff he’s done, set him up as this major force in the plot but it ends up being weightless for the entire half of the season because we don’t get to see what he’s capable of doing. By the end of my viewing, I was surprised at how little had progressed with the plot and how few the payoffs were in a span of several hours.

Thematically, the show has some interesting stuff to say. Just like Daredevil before it, the show tackles themes of abuse, family, religion, and faith. The Helstrom family is a really screwed up one and the show does a neat job of having the three family members deal with trauma and abuse distinctly from one another. In addition to those themes, Helstrom brings up some interesting questions about morality and necessary evils, in ways that the other Marvel TV shows haven’t explored much. The show features The Blood, a clandestine organization that puts possessed people in comas as a way to end the futile cycle of exorcisms which I thought was a nice layer of depth.

For whatever reason, the Marvel brand has been mostly wiped clean from the show that even the iconic page flip intro is nowhere to be found which made fans question just how invested the company is in this show. So it is a bit ironic that the number one saving grace on the show is the star that happens to have Marvel as her last name, Elizabeth Marvel. Anytime Elizabeth Marvel shows up on the screen, the show gets exponentially better. Marvel brings so much weight and darkness to the character of Victoria Helstrom, a woman perpetually at war with literal demons in her head. Marvel straddles the line between sinister and tender so brilliantly; when she’s possessed, it’s genuinely unsettling; when you see her be a mom to Ana and Daimon, it’s heartwarming.

The rest of the ensemble does a bang-up job keeping an otherwise bland show watchable. Tom Austen brings a nice delicate swagger to the titular role of Daimon Helstrom though I wish the writers gave this version of the character some of the idiosyncrasies and quirks of Hellstrom in the comics just so Austen has more to do. He clearly has the chops to give a more intense and pronounced performance but the writing, unfortunately, doesn’t give room for it. Sydney Lemmon plays a fantastic foil to Austen as Daimon’s sister, Ana. Between the two siblings, Ana has the more interesting character arc and Lemmon’s icy yet tortured performance helps elevate it. Robert Wisdom, who I absolutely adored in The Wire, is Caretaker, who in the comics is like the Nick Fury of this supernatural pocket of the Marvel Universe. Wisdom plays the character with a gravitas and dignity that commands every scene he’s in.

Even with a talented ensemble cast, Helstrom is bogged down by the same things that plagued several of their shows. It’s a mishmash of neat ideas here and there but ultimately doesn’t come together in a compelling way. It isn’t outright bad like Inhumans nor is it must-watch television like Daredevil. You won’t be missing out on much if you skip this one. 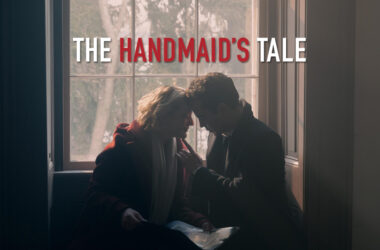 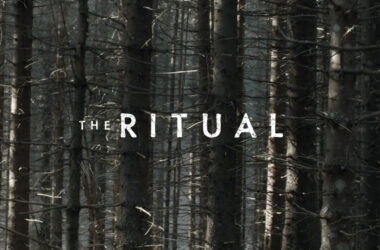 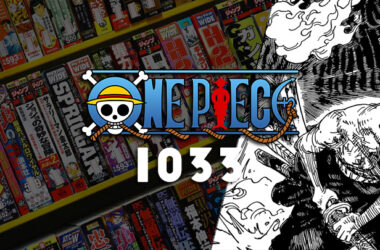