There’s been a lot of discourse over the “homework” necessary to enjoy the latest Marvel Studios film, Doctor Strange in the Multiverse of Madness. Various articles are making their way online stating that one should watch Loki, What If…?, WandaVision, Spider-Man: No Way Home, and many more films to fully understand what is going on in Multiverse of Madness. Yet, even as someone who actively watches every new entry, wants to tell those that worry it might become too convoluted, there’s nothing to worry about. You don’t have to watch any of those projects to enjoy the latest films.

We’ve generally noticed a trend that many Marvel Studios sequels don’t necessarily pick up where the first film left us off. As many might remember, Spider-Man: Far From Home is more a sequel to Avengers: Endgame than it is Homecoming. While it does build upon those story threads, the main arc builds around the death of Tony Stark. At the time of its release, there were some concerns that this might negatively affect the viewing experience but the film had a rather simple approach to solving that very issue. The film quickly catches us up in the beginning with a montage of those events, while also easing viewers into the narrative core of the story.

Multiverse of Madness does the very same, as we get a very simple setup that helps us understand the motivations of the characters. We get a short line of dialogue on Strange’s choice of passing on the time stone in Infinity War, as well as the events that followed. So, we’re quickly caught up with where we last left off with his character development. At a later point, we even get a brief mention of Spider-Man that not only highlights how the end of No Way Home negates any necessity for this one, but it mainly helps those that wondered how the spell affected people’s perception of Peter Parker.

Now, the big elephant in the room is the way the show handles the Disney+ series. They are the biggest additional and this is the first film that directly follows up on the events of one. You read that right, it follows up the events of one. While some articles claim to watch Loki and What If…? helps with the multiverse concept, there is no moment that Multiverse of Madness directly references the events of those Disney+ series. What If…? merely gets an indirect reference in the form of Captain Carter, who very likely is a different version altogether, while the God of Mischief’s storyline has no direct influence on the series.

Some might argue that the inclusion of Kang and unleashing the multiverse would play a role in the story, but that’s not necessarily true. Loki, to this day, is more about his journey with the consequence of Sylvie’s actions being that the flat circle of time that represented the Sacred Timeline has been unleashed into the multiverse. Her actions indirectly would cause the fact that America Chavez even would come into existence and travel throughout the multiverse is possible. Yet, no one in the story is aware of that fact and neither would the viewer. Even if Michael Waldron wrote both projects, he’s mainly used it to set the ground rules for the multiverse, that’s all.

In the same vein, that would mean you’re required to have watched all of Inhumans to understand why a guy named Blackagar Boltagon is sitting among the Illuminati and is played by Anson Mount. Or, you’d have to be aware of the fact that John Krasinski has been the most popular fan-cast to play Mr. Fantastic in the Marvel Cinematic Universe to fully understand why he’s in the film. Their inclusion has a meta-narrative included that doesn’t require everyone to fully understand it but creates the curiosity for those that know and don’t know who they are.

Technically, the only Disney+ series that would be “required” is WandaVision due to how the film directly sets up the storyline from that series. Yet, the film swiftly goes through what a viewer needs to know. We see her wake up from a dream, which we find out is an alternative reality, where she lives with Billy and Tommy. While the characters were introduced in the Disney+ series, one could easily take away that these dreams are haunting her and creating this obsession with wanting her children back. She’s very vocal about it and Strange even mentions the events of Westview before we get a natural conversation on those events.

Yes, you’ll get a full picture of why she wants her children but her story arc in this film and even the introduction of the Darkhold don’t fully require you to have watched the series. We swiftly get an introduction and viewers can easily fill in the blanks on why she has it in her possession. No one is required to fully understand how she got it, just that it is quite dangerous to own. What some might consider “required viewing” is the additional context for those that stuck around with the franchise.

The “homework” narrative is something that we’ve created ourselves due to the interconnectivity of this franchise. Many feared that it could follow in the footsteps of the comics, which had multiple tie-in comic storylines, event stories, and additional ongoing series to keep up with for a full picture. Yet, one could argue that Marvel Studios found a good balance in how they use their Disney+ series and character cameos. To be fair, they’ve already been handling this balance across multiple franchises in the past.

To give a comparison, the Iron Man trilogy explored Tony’s place in the world but he also had an additional arc explored in all Avengers films that worked in tandem with each other. Ultron was fallout from his own personal trilogy, but the concept of self-sacrifice was one specific to the Avengers films, which lead to Endgame’s final sacrifice. His story in Captain America: Civil War also helped bridge going into Infinity War, where we learned about those events with a quick joke about them breaking up “like a band” and everyone is swiftly caught up. Even Tony and Peter Parker’s relationship was more continued from Civil War and didn’t harp too much on their journey in Homecoming. Everything you need to know for that specific film was provided, the rest is just additional context.

Marvel has learned to use dialogue and humor to swiftly catch people up without having to have seen every entry in their franchise. Even character introductions are set up in a way that you quickly know what they are all about, such as when Thor: Ragnarok showcases Strange’s abilities and has Thor mock the magician to help viewers know what he’s all about. Disney+ is simply a new format that adds some additional stories to the mix but doesn’t force anyone that isn’t interested to watch it just like you didn’t need to have watched Doctor Strange to enjoy his role in Ragnarok.

They also are able to avoid the issue comic readers face for one specific reason: scheduling. Disney+ projects and their films are mapped out in advance. So, we only have a limited amount of projects released in-between films. When the pandemic hit, they’ve adapted story elements to fit their new timeline, which highlights how they use the format to keep the franchise from bloating with too many projects airing at the same time, something the Arrowverse suffered with 22+ episodes for multiple shows each season.

Marvel Studios also seemingly gives specific types of films a different purpose. Solo films are there to explore new character arcs. It is why Multiverse of Madness is still Doctor Strange’s film as his arc is the main focus throughout, similar to how Civil War handled it. Wanda has her own storyline weaved throughout, but she functions as a force that also pushes Strange forward. While he had an important role in the MCU before, it never further pushed him as a character like it did now but only used what we know from the 2016 version as a base.

The film still acts as a sequel to Scott Derrickson’s introduction of the character by making specific callbacks, such as the watch, adding context to a joke from the first film, highlighting Strange’s love for old rock, and so much more. It still manages to build upon the arc from his original film, by focusing on his worst character trait and tendency to be the one to fix everything, which highlights that after all his time in the MCU, he still has something to learn.

What Marvel Studios can truly embrace with their model is that sequels aren’t shackled by linear storytelling from one entry to the next. If they followed older formats, the next film would’ve set up a new villain that may have a connection to Kamar-Taj or need an entire origin arc, and may wait a while before it explores something as out there as the multiverse. Plus, we’d have to ease viewers into the many spells that he’s learned throughout. Yet, we’re at a point where the spells aren’t the thing that needs to be explored in their complexity, context clues are spread throughout the MCU, and the focus remains on the multiverse.

There is the drawback of tie-ins and set-ups muddling some plot elements, but Multiverse of Madness is, at its core, very much a Doctor Strange story, no matter if it hit as well as intended or not. In a way, it doesn’t even fully require you to watch the original 2016, as all-important context clues and story elements are eased in through context clues and dialogue. While watching previous entries certainly helps viewers get the full context, the films still worked as standalone pieces that help guide those in by highlighting what they need to know early on.

So, there’s no need to panic if a new “viewer’s guide” tells you what you should or have to watch beforehand. If you’re interested to learn more, take it as supplemental material, but there’s no worry that every new project release is necessary to fully enjoy a new entry into the MCU. Just because some franchises dabble in similar concepts, it doesn’t make it a necessity to watch, and sometimes even trailers include all the information you need going in. 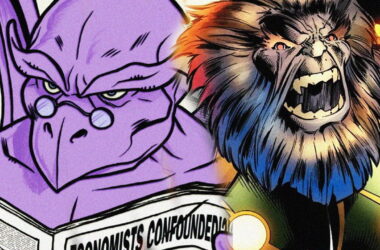 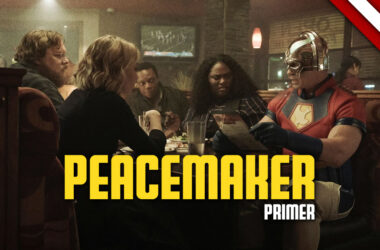 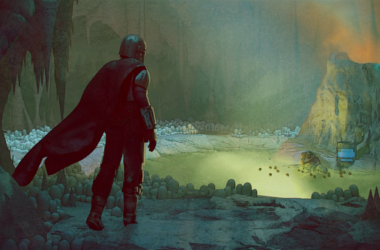