That last episode of WandaVision was CRAZY!!! All of the previous episodes had been very wild, but this episode was the most revealing so far. For instance, Vision met Darcy and now he knows that he is actually dead. Wanda was having a really bad day, so Agnes took the twins off her hands, we later see that Agnes has LITERALLY taken the kids off of Wanda’s hands as they are gone! That discovery led to the big reveal where we learned that Agnes is Agatha Harkness and was behind EVERYTHING. We also see a tiny glimpse of Monica’s powers. With only two episodes left we finally get an actual idea of what’s going on in Westview. 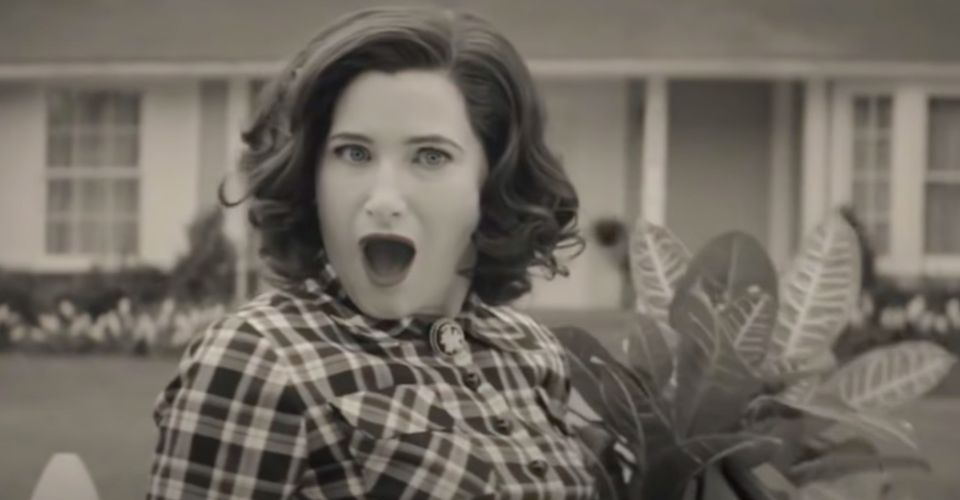 The first few episodes were told almost entirely from the perspective of Wanda and Vision, with a little bit of S.W.O.R.D’s perspective mixed in. As the series has progressed, we have seen more and more of S.W.O.R.D’s perspective. At this point, it is obvious that these two perspectives are about to collide over the next 2 episodes. When Agent Woo hacked into Hayward’s computer system, there was a project called Cataract which obviously has something to do with Vision. Since cataracts cloud your vision, Hayward definitely has something up his sleeve and may somehow be willing to use Vision to hurt Wanda.

I have some thoughts on how Hayward might use Vision. I think he might have done something to Vision when they had him in the S.W.O.R.D. lab, like placing some device in his head that will flip a switch and allow Hayward to control him. Or maybe he could’ve taken out the “Jarvis” parts of Vision from Tony Stark making him “more” like what Ultron had in mind for him. Maybe Hayward’s whole purpose with Vision is to destroy Wanda.

Now we HAVE to talk about the twins. What happened to them? I believe that Agnes is going to try to take away Billy’s powers for herself. Maybe she plans to take all of the magic out of both of them. Tommy might not be as powerful as Billy, but given how they were born, he is still “magical.” About a year ago, my super awesome dad broke the news about Doctor Strange showing up in WandaVision. With all of the magic things going on in Westview, what kind of Sorcerer Supreme would he be if he didn’t show up? There are only two episodes left so something BIG has to happen very soon.

The next episode of WandaVision streams tomorrow!