There are enough signs that the upcoming Spider-Man threequel will explore the multiverse in one way or another. Of course, this opens up new possibilities to how they can further expand the franchise. With Disney and Sony making deals for Disney+, it seems like their partnership will extend beyond the release of No Way Home. Now, if we get reintroduced to some Spider-Man legacy characters, which Alfred Molina outright confirmed, we may also get a chance to see other characters join the franchise in the future. There were also rumors of Tobey Maguire getting spotted on the film’s set. Once the gears get turning, an idea popped in my head how a minor character from Sam Raimi‘s first Spider-Man film would be the perfect candidate for an unlikely spin-off. How about the multiverse gives us an Agent Venom project starring Joe Manganiello as Flash Thompson? The actor only had a brief appearance in the first and third entries of the films. The role continued by Chris Zylka and Tony Revolori in the remakes. Since, the actor has played a variety of roles, such as Rampage, The Sleepover, and recently Zack Snyder’s Justice League. Sadly, it seems that his future as DC’s Deathstroke seems uncertain, but that also means there is another opportunity waiting. As the multiverse unfolds, there might be a new possibility to expand the franchise in creative ways. In the comics, Thompson ended up losing his legs during the Iraq War. Afterward, he enlisted in the Project Rebirth 2.0, which saw him bonded with the Venom symbiote. It gave him the same abilities as Spider-Man and new artificial legs. Manganiello’s Thompson is the only version that is connected to a symbiote that bonded with Spider-Man. As such, he would be the most likely candidate to recreate the origin story.

Tom Hardy‘s Venom remains disconnected from the rest of the franchise and already bonded with Eddie Brock without gaining any spider-based abilities. So, the best way to introduce the symbiote similar to the comics, where Spidey found it during 1984’s Secret Wars event. Instead of forcing Hardy‘s version to bond with Peter and then return to Eddie, the Spider-Man 3 variant already went through the process. Maguire‘s Peter did destroy it during the finale, but that doesn’t mean a part of it may have survived. So, the government got its hand on it and found a way to graft it unto a desperate Thompson. Years later, he is still an active agent and finds his way into an unfamiliar multiverse. 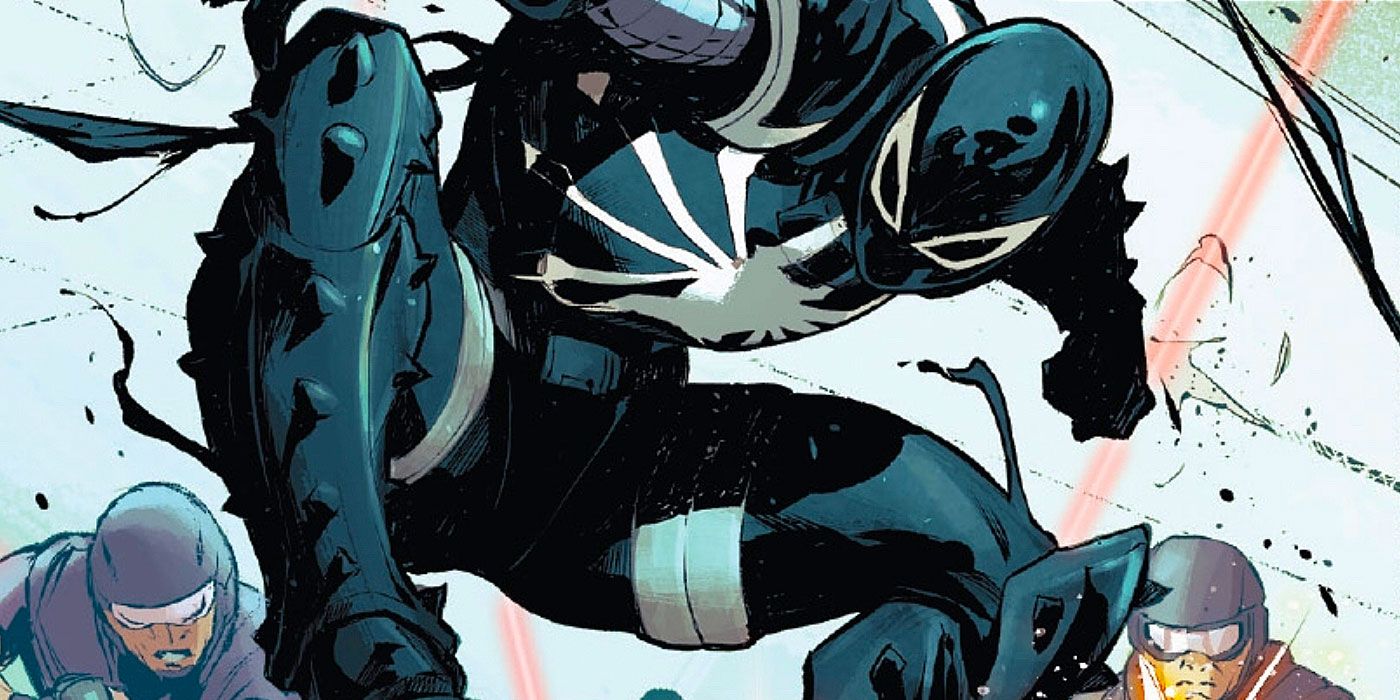 He is stranded in an unfamiliar world with dangerous living armor grafted onto his body. There was no one there to help him keep it under control, which meant he needed to find a solution. After breaking into a facility that offered him a solution to keep the Venom symbiote at bay, he ends up getting knocked out. Now, he ends up in the government’s captivity and is forced to join their efforts on repairing the aftermath of Doctor Strange in the Multiverse of Madness. He becomes a temporary asset for the Thunderbolt project but is trying to find a way home. The events left rifts across the world and he finally manages to get through one to follow the breadcrumbs back home. He ends up in a dystopian version of Earth that has been conquered by symbiotes, as their leader tries to call out to him. He is pulled away by the TVA before they are able to get close and is now enlisted to solve another world-altering event caused by his symbiote leaving a piece behind in the mainline Marvel Cinematic Universe. Morbius M. Morbius was already tired of having to deal with an unhinged Loki. It looks like their job isn’t quite done yet with the Multiverse. As Pride month comes to a close, we look at how Kevin Conroy's 'Finding Batman' is so important for the LGBTQ community.
Read More