Kingdom Hearts 4 has just recently been announced with a teaser trailer showcasing the new design direction. As Sora has found himself in a new world that was first teased in the third game’s Re:Mind DLC and later would be revealed to have the name Quadratum. Not just that, we even got some gameplay that teased some familiar and new elements, such as Sora summoning a drill out of energy. The button prompt did catch some veterans’ eyes and it didn’t take long for Tetsuya Nomura, the creator of the franchise, to confirm that it is indeed Kingdom Hearts 2‘s “reaction command.”

Nomura confirmed its return in an interview with Famitsu and highlighted that the drill-ability seen in the Kingdom Hearts 4 trailer was indeed a reaction command input and that it was connected to the moment the enemy was charging up its punch. As we didn’t see the triangle button showcased in the trailer, there were theories it might include different button prompts, but he highlighted that it was “simply because we have not announced which models are compatible with it.”

Its return was the result of fan outcry of its absence in the last entry. The second entry made the action command a popular addition, as it involved Sora using the abilities of his enemies against them. Kingdom Hearts 3 took a different route by having special abilities and interactions with the environment connected to the same button. It was originally removed due to complaints it made the game too easy but ended up being highly requested after it was removed. So, many fans might be excited to see its return. 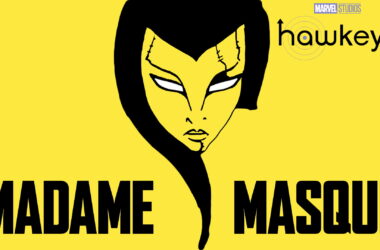 A new report from The Direct indicates that Madame Masque is set to appear in Hawkeye, the Marvel…
Read More