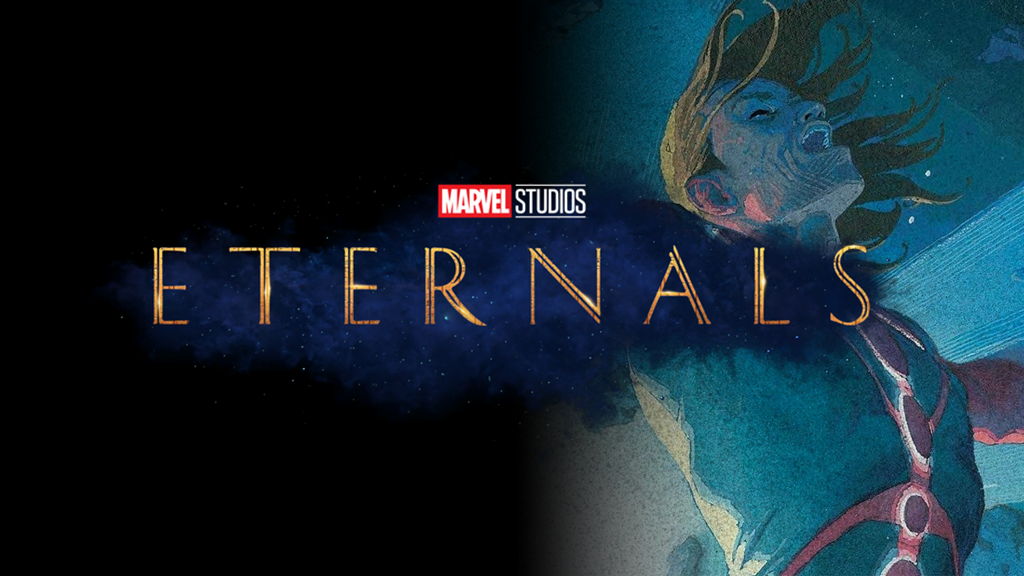 The pandemic hasn’t been kind to Marvel Studios. They were forced to delay their 2020 releases by an entire year. We still aren’t sure if Black Widow is going to release in May. If it gets delayed again, we might see other films face a similar fate. The other 2020 release, Eternals, never even got a trailer out, so we’ve been forced to scrap any information together we could get. It seems that most of our information for the film was connected primarily to toys. We got our first look at the villain Kro through a toy leak almost five months ago. Now, it seems we are still dependent on merchandise, as we got our first high-resolution look at the titular alien race through a calendar. @planetcameron was kind enough to share the source for the visual. 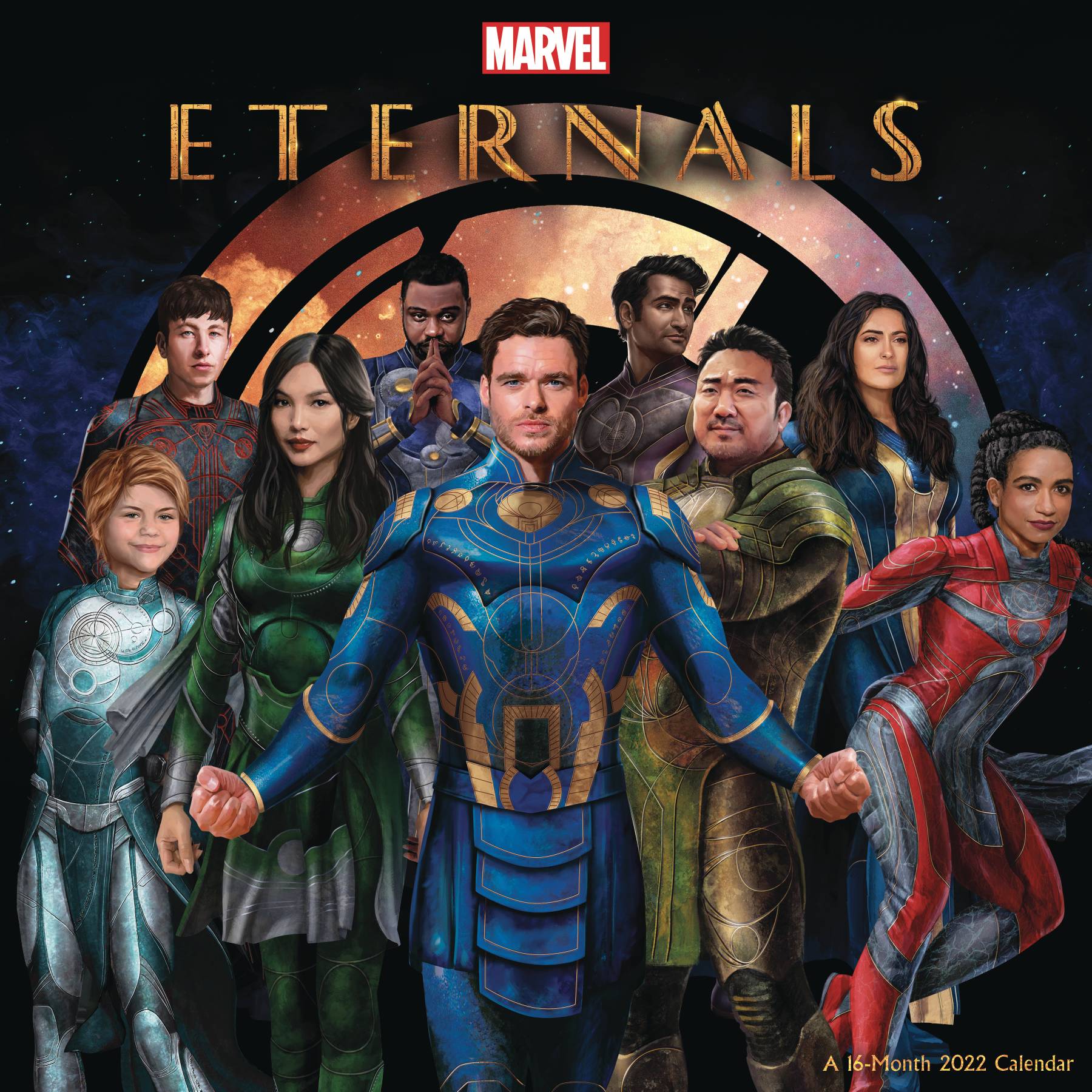 I have to note that the image is a bit off. Thena is missing in the image and some of the faces look a bit off. There is also the fact that it says Marvel instead of the usual Marvel Studio logo. Still, it is our best look at the cast in their movie costumes. The film will span millennia and explore the history that defined the MCU. It will introduce a large cast of characters, which includes Ikaris, Druig, Gilgamesh, and so many more. We will also get a good look at the Celestials, who have been teased in the first Guardians of the Galaxy film. Chloé Zao was at the helm of the project, which will have an all-star cast. Angelina Jolie, Richard Madden, Kumail Nanjiani, Lauren Ridloff, Salma Hayek, and many more are rounding out the cast. Hopefully, the film industry won’t be hit by more delays and we can finally explore the vast galaxy when the film releases on November 5th.