Nicole
8
0
0
Hulu’s The Dropout does a good job at highlighting Elizabeth Holmes and her crime, however, it often feels too sympathetic towards Holmes.
Total
8
Shares
8
0
0

The Dropout has all of the makings of an excellent series, and yet, it tends to fall just sort of being great. Amanda Seyfried does her best to carry the series, however, while she plays the role of Elizabeth Holmes with ease, her forced accent can at times be jarring. Even worse, the series tries to make Holmes the victim a fair amount of the time. However, despite its flaws, The Dropout is a well-done exploration of a well-known scandal, unlike Netflix’s Inventing Anna.

With 7 episodes, The Dropout has a lot of story to pack in just seven hours. So, it shouldn’t be entirely surprising then that while Hulu is dubbing the show as a limited series, it’s evident there are plans for a second season. In most instances, this could be rather frustrating. In the case of The Dropout, though, it’s frustratingly understandable as the case is still seeing its day in court.

The Dropout focuses on Seyfried’s Holmes, a young woman who idolizes Steve Jobs and wants to create a company after dropping out of Stanford. She’s the odd-duck out, so to speak, finding that she doesn’t belong among her peers. This only becomes more evident during a trip to China, where she eventually meets Naveen Andrews‘ Sunny. What Elizabeth doesn’t realize is that Sunny will change her life forever… and not necessarily for the better. The two soon find themselves romantically involved and, as Holmes launches Theranos after dropping out of college, she finds herself leaning on him often when things go wrong.

For those unfamiliar with Theranos and Holmes, it’s a massive story of fraud and deception. Not only did Holmes defraud her investors, including some big-name pharmacies, but she also deceived countless patients. It’s a fascinating story because of how conning she was; this was a woman who managed to be named the world’s youngest self-made woman billionaire by Forbes in 2014. She somehow managed to deceive some of the biggest businesses in the world, selling them simply on an idea rather than an actual product — and it was a lie that she continued to sell time and time again.

Seyfried is a great actress, there’s no denying as much. However, the accent can make it hard to take her seriously at times. (There are moments, too, where she seems to share mannerisms with Kristen Stewart — and that’s not a dig at Stewart.) When she shines, though, she shines brightly. Her chemistry with Andrews is thrilling. Their toxic relationship is hard to look away from because of how well they play off one another. Outside of Seyfried and Andrews, the true shining star of the series is Stephen Fry‘s Ian Gibbons. The character has a tragic backstory in reality, one that the show doesn’t try to hide. Fry nails every bit of emotion, from anger to depression. He feels like the heart of the show.

Here’s the thing about The Dropout, though. As strong of a series it is, the ending is less than ideal. There is seemingly no ending. This is the problem with shows billed as limited series. With such a huge story, there’s so much to unpack, so the idea of a continuation does make sense. Still, there should have been a more conclusive ending. Instead, what should have been a shocking ending full of emotion, contained a happy ending for a story that has anything but.

As for the look and feel of the series, The Dropout is a nice-looking series. From the color schemes to the framing of shots, The Dropout doesn’t try to ignore the minor details. Where it does fall short, though, is the score. For such a fascinating story, the music is anything but memorable. Thankfully, though, the soundtrack music sprinkled throughout is memorable, if only for Seyfried’s corny dancing.

All in all, The Dropout is worth a watch. It’s a good exploration of Holmes and the story of Theranos. It isn’t without its flaws, but it is safe to say The Dropout is everything Netflix’s Inventing Anna should have been. 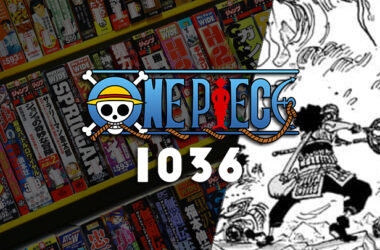 So, I know I am very late to this chapter and the next one is pretty much already…
Read More 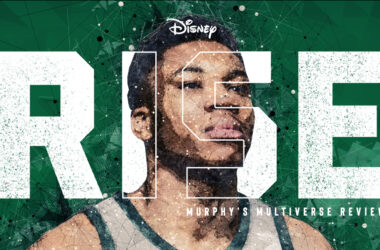 It’s never easy adapting a real story like the tale of the Antetokounmpo family. These are real people…
Read More 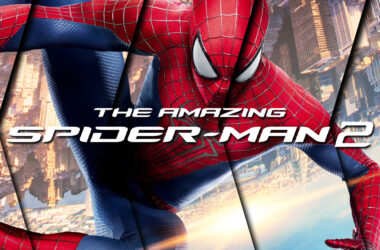