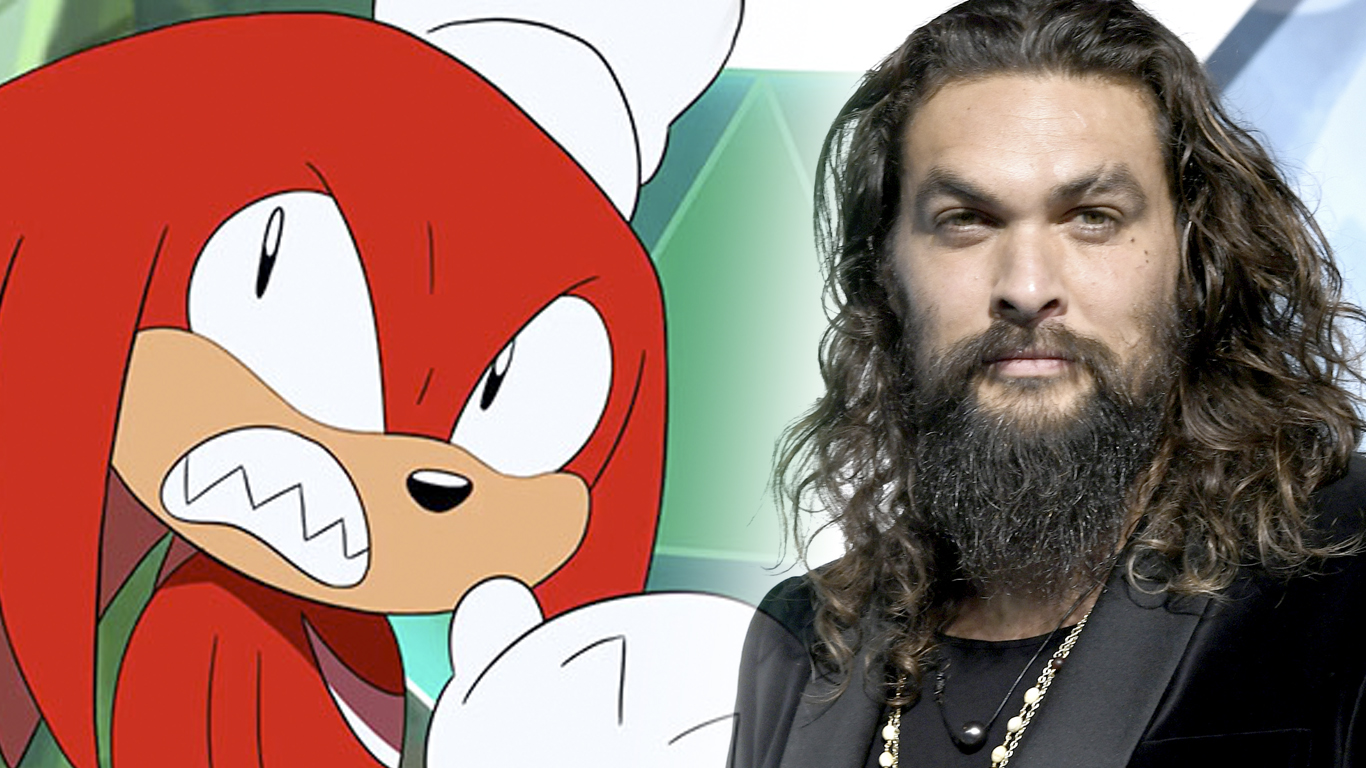 It would appear as though the upcoming Sonic the Hedgehog sequel is looking to add some heavy star-power to its cast. The Illuminerdi has learned that Jason Momoa, best known for his starring roles in Aquaman and Game of Thrones, has been offered to voice Knuckles the Echidna. He is a fan-favorite character who was long-rumored to be playing a role in the film. A while back, the in-house production being called Red Energy seemed to hint at his addition. Their sources behind the Momoa casting claim that the “ball is in his court”, and that the muscle-clad actor needs only agree to terms to finalize the deal.

Fans began speculating that Knuckles would appear in the sequel almost as soon as the original dropped in early 2020, a theory, which got promoted by the mid-credits surprise when another classic supporting character from the franchise, Miles “Tails” Prower, made his live-action debut. Although the original video game voice actress, Colleen O’Shaughnessey, returned to play Tails, many speculated that a character like Knuckles could receive a new voice in a similar vein to the film’s title character. The popular fan theory was that they would cast Dwayne Johnson, and it seems that they certailny had a specific type of actor in mind for the role. If he accepts Paramount’s conditions, he’ll replace Dave B. Mitchell, who played him in the games.

The Sonic the Hedgehog sequel was confirmed in May. It was only three months after the film’s successful theatrical release of the first film. The announcement came on the heels of a surprisingly successful run in theaters, which ended up making Sonic the sixth highest-grossing film of the year. The cast of the first endeavor, which included Jim Carrey as the evil Dr. Robotnik and James Marsden as Sonic’s new real-world best friend, is expected to return alongside Ben Schwartz in the title role. Jeff Fowler, who made his theatrical directorial debut with Sonic the Hedgehog, is also on board to helm the sequel. The cast will see the return of Schwartz and Carrey in their titular roles. They have stated interest in the next film bringing the story more in-line with the source material. The actual plot of the franchise’s future remains tightly under wraps.