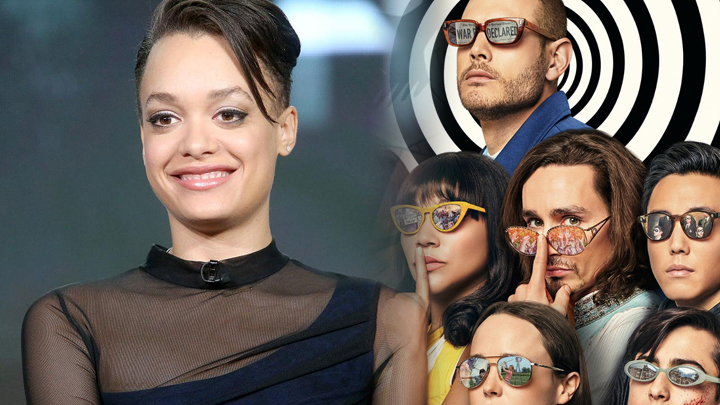 Netflix just recently dropped. major franchise as they decided not to move forward with the second season of Jupiter’s Legacy. Still, it isn’t their only superhero-focused franchise s they’re also still busy filming the upcoming third season of Umbrella Academy. Last month, we got our first look at Elliot Page on the set of the production and it seems that wasn’t all. @seansmovies shared an image on Twitter that reveals our first look at Britne Oldford as Fei Hargreeves, a member of the Sparrow Academy.

We got introduced to the Sparrow Academy at the end of the last season. The group is similar to the Umbrella Academy as their actions in the past led to a brand new timeline where their father Sir Reginald Hargreeves build a new team. The roster was plucked from the 43 children who were adopted by Hargreeves, as they were all born simultaneously. In the comics, the team was only given the title The Sparrows. The series already seems to imply we’ll get more time with them as some of the members didn’t even have names in the original comic. It’s unclear what role they will have and if our team of unlikely heroes will find a way back to their original timeline. Whatever direction Netflix’s next series is heading, it will certainly be a wild ride.