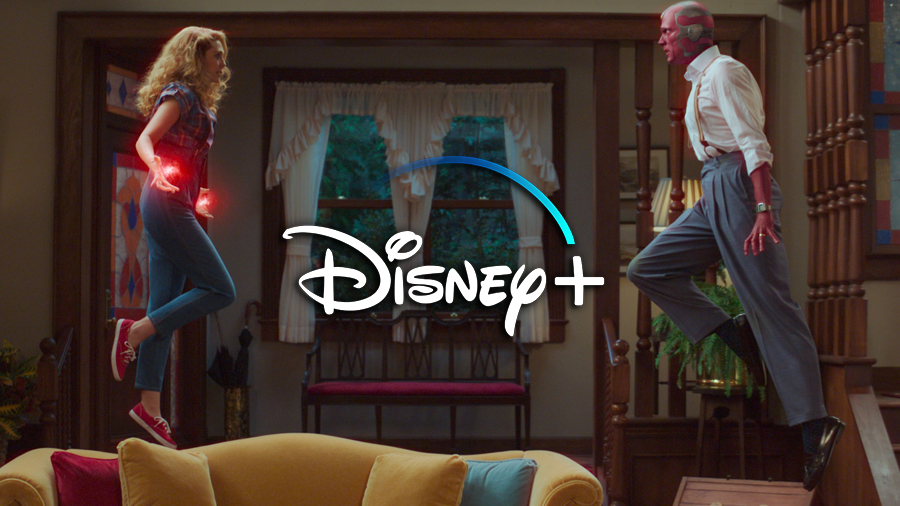 Disney+ has seen astounding growth throughout its first year. It already surpassed 90 million viewers, which was originally meant to be the streaming service’s four-year prediction. It is impressive if you consider that the only real high IP that was provided for the service was The Mandalorian‘s two seasons. Last month’s release of WandaVision did make people wonder if the first Marvel Studios’ original series would continue the service’s growth. Well, according to Parrot Analytics, the series has become the number one series worldwide.

The interesting aspect is that the show didn’t start as the most popular show. It seems the initial three episodes kept it between the seventh and the 35th spot. Once the third episode hit, it skyrocketed up to the third or second spot. Ever since the major twist at the end of the fifth episode, it has officially taken the number one spot and hasn’t left it since the episode aired. It shows the relevance of the weekly release model. Wade Payson-Denney, an analyst of Parrot Analytics, points out the difference between Disney+ and Netflix’s binge strategy:

They really pop up at first but quickly trail off. It’s a quick hit for these streamers. Whereas with weekly release, we see popularity gradually build over time, especially for a show like The Mandalorian and WandaVision

The Mandalorian actually didn’t peak until its season finale, as it just saw a continuous growth since its initial episodes. WandaVision still has three more weeks to go, so it is sure to stick to that top spot before Falcon and the Winter Soldier takes over in March. Netflix’s focus on releasing their shows in one burst means they have an early peak but fizzle out fast. It’ll be interesting to make a comparison between the Marvel shows. The next two shows will have shorter runtimes of six episodes, which may go through a faster viewer cycle. As Payson-Denney points out, these shows remain in the conversation longer and are able to grow their audience as a result of everyone sharing their viewing experiences and theories online. It’ll be interesting to see how far WandaVision goes in the coming weeks.