Every now and then I come across some information the veracity of which can be confirmed by a second source. What happens FAR more often is that I come across some information that while believable and from trustworthy sources, cannot be confirmed by other sources for various reasons. Typically, when the second scenario occurs, I move on and forget about the information unless, in rare instances, it turns out to be proven true somewhere down the road. With that in mind, understand that this piece of news is NOT confirmed by Disney, Marvel or any other source and, for now, should fall under the category of rumor until further confirmation comes through. 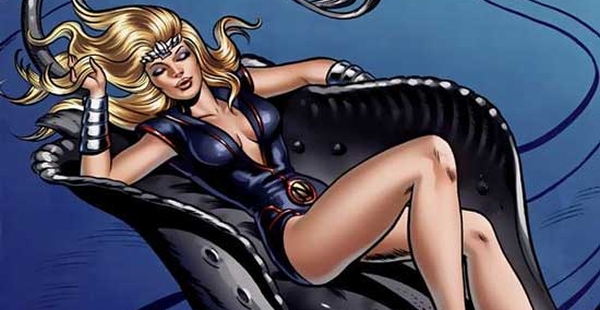 We’ve known for a while now that Marvel Studios was looking to cast two major, supporting characters in Black Panther: Wakanda Forever. The Illuminerdi were first to report that the casting calls for two Mayan warriors, codenamed Zyanya and Cadmael, were for the roles of Namora and Attuma, two major Atlantean characters from the comics set to join Tenoch Huerta’s Namor in the 2022 sequel. Now, we may be able to associate a name with one of those roles. I heard this week that actress Mabel Cadena has joined the cast as Namora, the cousin of Namor and one of the original members of the Agents of Atlas!

The 30-year old Mexican actress checks all the boxes for the role of Namora. Marvel Studios was looking for an Hispanic or Latino actress, 20-40, with previous experience in physical roles. Cadena, who recently starred in Dance of the 41 (now available on Netflix) and Hernan (now available on Amazon Prime), has been in the Atlanta area and been hitting the gym to prep for the role.

Huerta also recently began interacting with Cadena on Instagram, which may add a little more fuel to the rumor mill fires, if you’re into that sort of thing. Again, at this point there is no confirmation from any official source, so this should be treated as a rumor; however, a lot of supporting evidence does exist. Following the 'Dungeons & Dragons' movie panel at SDCC, actor Rege-Jean Page has explained what led to him joining the film.
Read More