Charles Murphy
0
0
0
Episode 2 of Hawkeye ended by introducing a mysterious woman in black. Who was she? How does her arrival hint at an even bigger threat lurking in the shadows? We have answers.
Total
0
Shares
0
0
0

After Kate’s bungled rescue attempt of Clint left both of our heroes hostage at the hands of the Tracksuit Mafia, Episode 2, “Hide and Seek”, briefly introduced a woman, dressed in black and surrounded by booming speakers, before abruptly ending. Who was that woman and what does she have to do with the bigger picture of the season of Hawkeye? Read on true believers.

During the black market auction that serves as the inciting moment for much of the plot of the first 2 episodes, the auctioneer mentions that “the Ronin decimated the criminal underworld” of New York, “almost completely annihilating the status and power of the head of organized crime.” As fans of the comics know, that “head of organized crime” is very likely Wilson Fisk, aka the Kingpin, who has long been rumored to appear in Hawkeye with Vincent D’Onofrio reprising the role he first played over 3 season of the Netflix’s Daredevil. As the episode unfolds, it becomes clear that the Tracksuit Mafia, who can barely stay out of their own way, are foot soldiers who answer to someone else-the someone else Clint set out to see when he allowed himself to be captured by the Bros. The closing moments of the episode lead the audience to believe that boss is the mysterious woman in black, but that’s almost certainly a very clever misdirect on the part of director and executive producer Rhys Thomas. The woman in black is Maya Lopez and while she’s not the big boss, her comic book counterpart is directly linked to the man that most likely is.

Maya Lopez, aka Echo, is played by newcomer Alaqua Cox, and will spinoff into her own Marvel Studios streaming series which will probably stream in 2023. While we don’t get to see much of Lopez in episode 2, her presence (accompanied by a killer beat) seems to imply bad things will be coming for Barton and Bishop. First introduced in 1999’s Daredevil, Vol. 2 #9, Lopez was raised by and worked for the Kingpin…after he murdered her father. Marvel Studios isn’t big on direct page-to-screen adaptations of stories or characters, so the dynamic and history seems like it’ll be a little different here with Lopez seeming to serve as a lieutenant for the Kingpin, getting her hands dirty so he won’t have to.

To that end, Lopez has an impressive skill set that will almost certainly be sampled in Episode 3. Born Deaf, Lopez displayed what the comics called “photographic reflexes” from an early age. Simply put, Lopez demonstrated the ability to watch someone do something and then repeat is at an expert level. This ability allowed her to master musical instruments, despite not being able to hear them, drawing, dance and, relevant to her position as someone who kicks ass for the Kingpin, martial arts.

The end of the episode gives us just enough information to know that the MCU iteration of the character is Deaf and, like in the comics can read lips, and is to be feared as a physical threat (one of the Tracksuits ominously says “you’re in trouble now, Bro”, before cutting to our first look at Lopez-which is a really funny and self-aware comment because he realizes that Barton was never “in trouble” before despite being surrounded by half a dozen bros). We also know that her father, played by Zahn McClarnon, will appear in the series (see this old, exclusive set video of ours which shows her visiting her father’s residence), so it’s important to note that we are just at the beginning of Lopez’s journey. While Lopez may start the series in the employ of the “head of organized crime”, it’s highly unlikely she finishes it that way and even more unlikely she’s on good terms with “whomever” that is. 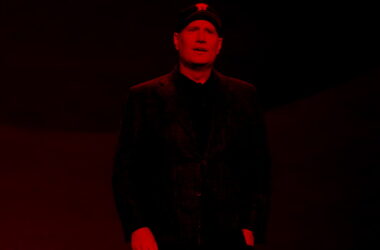 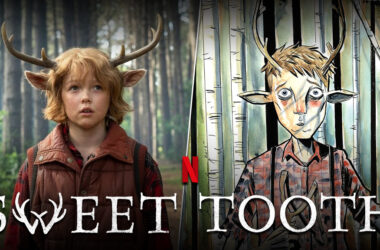