If you haven’t watched the latest Loki episode, only continue at your own risk, as we will spoil the post-credit reveal in this article.

The latest episode of Loki has finally dropped and continues to expand upon the franchise’s multiversal appeal. While the Time Variance Authority introduced the world to the Sacred Timeline, which seemed to hint at a singular Marvel Cinematic Universe existing, we also see the effects of Variants popping into existence that created branches. It teased the consistency of the Variants, they always looked like Tom Hiddleston. That was until Sylvie appeared in the second episode and twisted our understanding of what makes a Variant. The latest episode didn’t waste any time to continue expanding upon that concept, as the series’ first post-credit sequence revealed a group of familiar characters. We got our live-action debut of Kid Loki and a comic-accurate version of the God of Mischief. They are also joined by the mysterious man holding a self-made hammer and what seems to be a crocodile wearing Loki’s iconic horns. 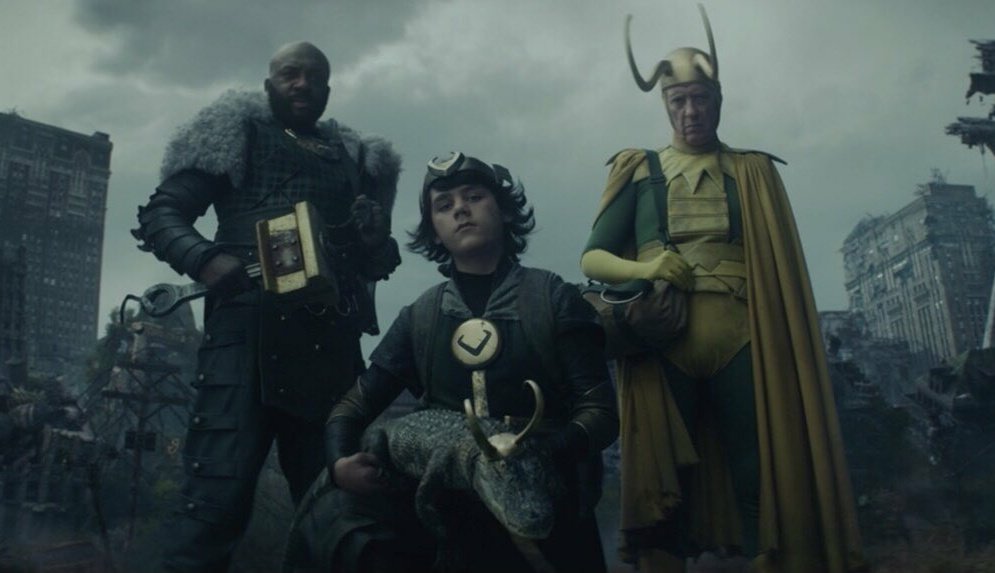 Most of the characters stand out due to their distinct Loki design, but one does stand out from the rest. We can assume that the fourth member, who is played by Deobia Oparei, is also a Loki variant, even if he seems to be mimicking Thor’s overall look and choice of weapon. The Direct hinted at him playing a classic Marvel character some time ago. Luckily, the Disney+ credits confirm that he is indeed playing a version of the character who is simply named Boastful Loki. So, we could assume a lot of similarities between this incarnation of the character and the God of Thunder. What also stands out is that Richard E. Grant‘s character is named Classic Loki. His role pays tribute to the Loki: Agent of Asgard storyline, where an older version of the character in the same outfit manipulated events from behind-the-scenes. Perhaps this version is similarly a darker take on the character. Perhaps this even is the version introduced in the 616 of the comics that got stranded here for some time. Jack Veal is playing Kid Loki, which confirms our report from around nine months ago that he was cast in the iconic role.

Of course, the episode left us with a lot of questions, and it seems pruning doesn’t quite work as the TVA believed it would. It’ll be interesting to see if the Vote Loki shown in the trailers is a different version of Tom Hiddleston’s Loki, or just how our current protagonist ends up after spending some time among these pruned Variants. It’ll be interesting to see how this ties into the overarching storyline surrounding the Time-Keepers and the foundation of the TVA. We might see a lot more versions of Loki in the near future, which hopefully also means we’ll see other iconic characters from our favorite heroes appearing. Crocodile Loki might be a tease for the live-action debut of Throg?