The line “Sad souls in silly costume” summarizes the motley crew that serves as the world’s last line of defense against a towering galactic starfish that conquers worlds perfectly. James Gunn makes his grandiose return to the genre with The Suicide Squad. It is a fast-paced firefight that features some stellar characters with individual, fulfilling arcs. While the film tends to drag a bit at certain points and some characters feel underutilized, those at the heart of the film’s eccentric story keep the ball moving and allows for an action-packed third act that ties the film together almost perfectly. So, without further ado, let’s jump into the highs and lows of the latest DC film.

There will be spoilers in this review. So only continue at your own risk if you haven’t seen it yet. 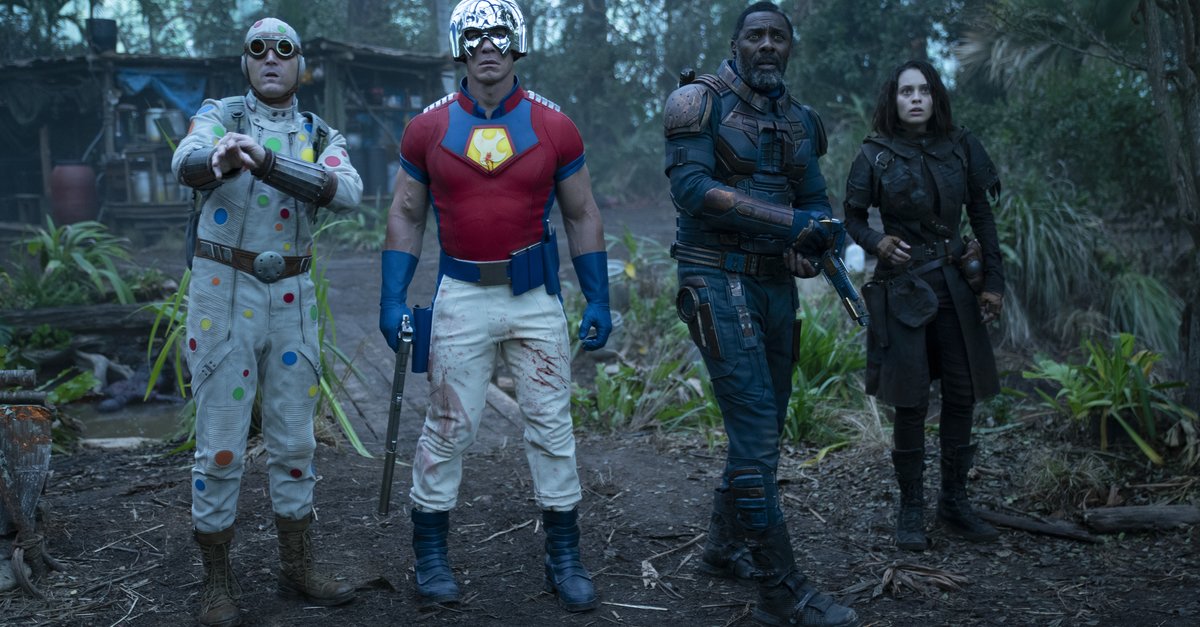 Let’s start with some minor shortcomings of the film. The part that I felt could’ve benefitted from more time is the opening sequence. When we land on the beach with our initial team, we really meet the duds of the bunch. They are obvious cannon fodder. Characters like Javelin, Mongal, Captain Boomerang, Savant, Weasel, and Blackguard don’t get the slightest chance to show off before they meet gruesome ends. The only exception is Nathan Fillion‘s TDK for a joke on the absurdity of his abilities. While this sequence felt rushed, Harley’s time with the new president of Corto Maltese was on the other side of the spectrum. It just dragged on a little too long, and I felt she could’ve got her ‘red flags’ speech out earlier when he mentioned hanging an entire family.

But we’ve really got to talk about the parts that sing louder than the rest, which is 90% of the film. From the get-go, you can tell who the main characters are, and it’s difficult to choose a standout among them. I loved the dynamic between Bloodsport and Ratcatcher 2. Idris Elba’s mercenary acts as a  surrogate father, while she helps find the good within him. What truly stands out is the group dynamic perfectly complemented by Peacemaker, King Shark, Polka-Dot Man, and Harley Quinn. Margot delivers yet another fantastic turn at Quinn. All of this comes together in the third act, where the film truly shines.  Polka-Dot Man overcomes his fears and manages to become the superhero his mother had always tried to force him to be but on his own terms.

The Suicide Squad truly feels like a comic book brought to life in all the right ways. The film excels at what it sets out to do and told a fantastic story with an excellent roster of actors. Everyone brings their A-game, no matter how small the role. While the film may not be for the weakest of stomachs, it’s got a ton of heart, quite literally. When Disney Plus launched in 2019, we were treated to a behind the scenes look at Marvel Studios…
Read More