Following her historic win at the Golden Globes, BAFTAs, and Oscars for her directorial work on Nomadland, all eyes are on the Academy-Award-winning director Chloé Zhao. She will deliver what could very well be a heavy Award Season contender for the Marvel Cinematic Universe. Regardless, fans are definitely in for what could very well be one of the most original cinematic experiences the MCU has ever produced. In an interview with Variety, she discussed some of the inspirations for her work on Eternals.

Jack Kirby and his imagination, his incredible work, is really the foundation of it. On top of that, there is what Marvel Studios has built, this incredible journey they have going on. And then on top of that is me as a fan of the MCU. And then, me as a fan of the genre, but also growing up with sci-fi and manga and fantasy films. And how can we have this big melting pot and cook up something that may just taste a little bit different? It was just an exciting thing; all of us went in wanting to do that. We’ll see.

That particular quote teases a visual feast that will arrive in theaters this November. The combination of Jack Kirby‘s original designs with modern manga and sci-fi adaptations through the lens of Zhao sounds like an incredible visual experience. The one element that stands out amongst these components is the reference to the Japanese comic. Manga and its animated counterpart, Anime, aren’t always mentioned by directors as an inspiration. So, why don’t we take a look at what may be the potential inspiration that lends Eternals a unique visual style?

The concept art for the god-like Celestials instantly reminded me of Neon Genesis Evangelion. The Celestial seems to have an uncanny resemblance to the EVA mechs from the anime and could’ve been how they will bring these larger-than-life beings to live-action. Pacific Rim did something similar by grounding its camera work and immerse viewers into the scenery of giant mechs fighting giant Kaiju. Zhao may have taken a similar approach to make the Celestials stand out even more. The iconic anime may also inspire the Marvel Studio film’s story. Evangelion‘s protagonists, who pilot the titular mechs, take on an onslaught of Kaiju-based creatures known as Angels. These creatures are creations by the first race of beings of the universe. They are simply known as the Seeds of Life. In Eternals, the alien race faces off against an evil race only known as “Deviants.” These inhuman-looking creatures were also created by the Celestials in the comics. Notice the similarities between the two?

Now, there is one Berserk. The series’ protagonist, Guts, could very well be the character template for Kit Harrington‘s Dane Whitman. He is also better known by comic fans as the Black Knight. Apart from them being expert swordsmen, these characters exist in a moral grey area. Overall, they are portrayed as heroic characters but have committed acts that would be considered ethically wrong, especially by modern sensibilities. It can’t be easy for a normal man to live among god-like entities and their ongoing war with strange inhuman monsters. A character like this would introduce an interesting dynamic to the MCU that questions what it means to be a hero. It could make Eternals stand out even more once it drops in theaters this coming November. 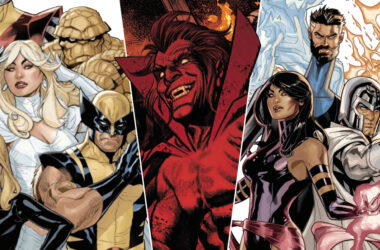 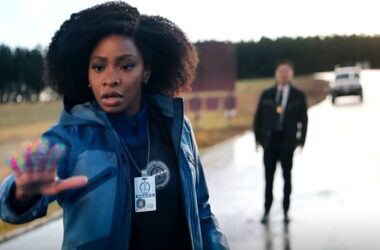