What If… Doctor Strange Lost His Heart Instead of His Hands? is easily the best episode yet of the series. If you are looking for your standard happy ending, look away. What If…? truly and boldly takes full advantage of its own premise to explore a story of absolute darkness and destruction instead of a standard plot with an upbeat ending. It’s also the first episode that clearly ties into others that we’ve seen, which is particularly interesting given its potential to resurge down the line in other properties or stories.

Episode 4 is defined by gut-wrenching heartbreak and grief. Like the title suggests, in this timeline, Doctor Strange finds his path to Sorcerer Supreme through his search for answers and meaning after the death of the love of his life, Dr. Christine Palmer. Using Christine as the anchor actually places Strange in a lighter place at the beginning of the episode than that of Strange in the MCU’s main timeline. He’s kinder, he’s gentler, and though still incredibly arrogant, he actually seems like a nice guy. So, the countless repeats and variations of Christine’s death are absolutely brutal. The episode doesn’t particularly tone down the ruthless ways in which she is killed—the result is a very dark, aggressive, and hopeless backdrop for the rest of the episode. It also proves that the series can pull off a range of narrative styles and themes. While the previous episode had the “dark” premise of Avengers being assassinated, it never captured the level of tragedy and despair that this episode accomplishes. It’s phenomenal.

The episode is also the first to meaningfully explore the alternate timeline story after the events of the original timeline take place. We learn fairly early on that Strange takes essentially the same journey as he did in Doctor Strange, including the Ancient One’s death and the defeat of Dormammu. In other episodes, this would have been the section of the story that variates from the one we already know. Here, the bulk of the episode explores Strange’s voyage after everything we think we know of his story instead.

Strange’s arrogant nature is still a major player in this story. Whereas the loss of his hands in the sacred timeline led him simply down a path of desperation and later redemption, his all-consuming grief from Christine’s death leads him down a path of desperation with only a fleeting moment of redemption before desperation once again takes over. It’s another side of Strange that is just similar enough to what we’ve already experienced with him to be extremely captivating. Instead of moving on from his superhero origin story, he reverts into the past and his arrogance takes over.

Even with the Eye of Agamotto, all timelines in his universe result in Christine dying. He learns from the Ancient One that her death is an absolute point in time. If it doesn’t happen, Strange would not become a sorcerer and his reality would unravel and cease to exist. Not satisfied that he cannot overcome this, he studies for centuries how to absorb power from interdimensional mystic beings in order to gain enough power to break the absolute point. We see the same tentacle creature that Captain Carter fought in Episode 1, marking the first overlap in the series other than the Watcher. In the process, he becomes a literal monster.

Ironically, he doesn’t quite become a figurative monster until his path of darkness leads him to encounter an alternate version of himself—one that chose to move on—that exists in the same universe due to the Ancient One splitting the two in order to try and stop Dark Strange. Light Strange confronts Dark Strange in a worthy magical fight. It is so easy to assume that Light Strange will prevail that Dark Strange’s ultimate victory is even more poignant. Strange truly chose the path of darkness—one without redemption or light at the end of the tunnel.

Using the power he gained from the mystical beings and his other half, Strange goes about breaking the absolute point in time that is Christine’s death. When she is revived, she is horrified at the monstrous creature that Strange appears as. As the very fabric of the universe’s reality starts disintegrating around him, Strange realizes he very much botched…everything. He cries out in desperation to the Watcher, who he can sense. The Watcher declines to intervene despite clearly having the means to save this universe, but this episode makes it clear that Uatu is paying more attention than we might think. Strange’s absolute breakdown as his universe is destroyed is brutal and cruel and incredibly well-portrayed. The episode ends with the annihilation of this entire universe, save for a tiny pocket dimension that Strange remains in—a tiny dot in a vast sea of black nothingness.

What If…?’s venture into pure tragedy, darkness, and defeat is honestly beautiful. It stands in stark contrast to the generally lighter tones of previous episodes, even where previous episodes based their premises on darker themes. This episode left no room for interpretation of its essence. Benedict Cumberbatch absolutely shines with his work here and even manages to make you forget at times that this wasn’t live action. The episode’s exploration of the story past the general plot from the original film is remarkable both because it provides something new to the series and it showcases the infinite potential of what other universes can provide to the MCU. Going further than retelling Doctor Strange’s story, it imagines a greater universe of mysticism that sets the standard for multiversal creativity, weirdness, and possibilities until future episodes or films raise the bar. 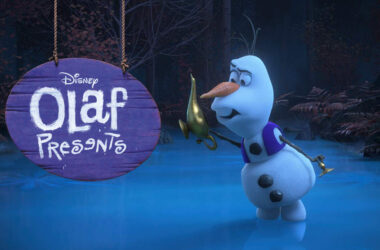 According to director Hyrum Osmond and star Josh Gad, the team had full creative freedom on the Disney+ series Olaf Presents.
Read More 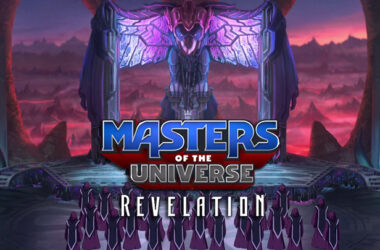 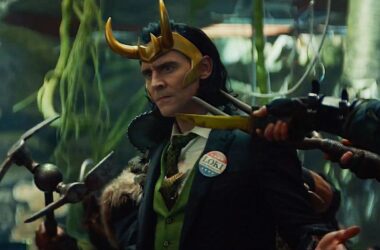