With how vocal writer and director James Gunn has been about how the original Suicide Squad comics inspired his film, you may want to get familiar with whom you’re dealing with this time around. In this explosive romp in Corto Maltese, the squad finds themselves up against Starro The Conquerer, a cosmic starfish, who, as his name implies, conquers worlds throughout the universe. While it won’t exactly be following the storyline, the absolute best place to start would be none other than John Ostrander’s original run on the team, the book that inspired Gunn to bring The Suicide Squad to life.

Without John Ostrander, the team we know today would’ve never come to be. While the Squad had already existed, In Legends #3, which was co-written by Ostrander, the modern team would debut with a roster made up of some of the worst DC had to offer. The newest roster included Rick Flag, Captain Boomerang, Deadshot, Bronze Tiger, Nightshade, Enchantress, Tarantula, and Mindboggler. The run on this team would become definitive and the basis for James Gunn’s The Suicide Squad, with the writer even making a cameo in the upcoming film.

Peacemaker made his explosive DC Comics debut in the Crisis on Infinite Earths run before scoring his own four-part mini-series in 1988 from writer Paul Kupperberg. The series would follow Peacemakers’ introduction into the universe as he struggles to deal with the fact terrorism doesn’t save lives. The mini-series sees him up against the terrorist Doctor Tzin-Tzin. It will get you quickly up to speed with John Cena’s character and figure out how the chrome-dome thinks.

The return of the infamous Harley Quinn in The Suicide Squad marks the character’s third appearance in the DCEU. It follows Birds of Prey and the first Suicide Squad film. Margot Robbie has excellently tied the vision of each unique director together to keep the character consistent. This time around, director James Gunn teased that Harley is strongly based on Paul Dini, the man who created the character all the way back in the days of Batman: The Animated Series. He then wrote the story known as Batman: Harley Quinn that follows her story after she got abandoned by the Joker. The story perfectly captures the chaotic and rambunctious nature that she’s known for and shows just what makes her just as dangerous as Joker, if not more.

Starro appears in a few issues of the series Justice League Europe #24 up until #27. He’s a threat that can’t get rid of easily, as it only requires one surviving star to go through the same process again. This time around, however, we see the League assisting the conqueror, as he is dying. Their plan would save an innocent village from the invader and send him back into space. But when the mission goes wrong, the JLE must fight their way through a city of civilians and their teammates controlled by the starfish. With quite the obscure villain, whether you read it before or after, all should be warned of the might of Starro The Conqueror.

Tom Taylor took the Suicide Squad and flipped it on its head when he reinvented the team with a roster of original characters. When a battle between the Squad and a terrorist group results in multiple casualties, the teams are forcibly combined. It leads to some overwhelming hostility, as no one knows who they can trust. The only exception is Harley and Deadshot, who are the only survivors of Task Force X. While it’s a vast departure from the upcoming film, it’s an incredible read for people who might just be craving more from the team after the film, and could inspire a film down the line. 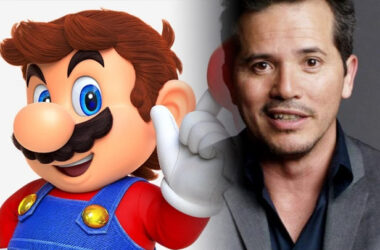 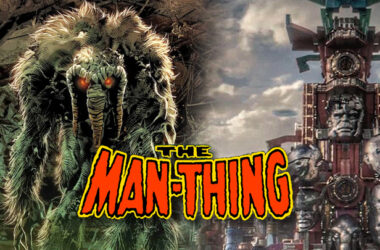 For over 80 years, Marvel Comics have taken fans on adventures spanning the cosmos, the multiverse, the depths…
Read More