What to Watch While You Wait for WandaVision

It’s finally official: WandaVision will make its Disney+ debut on January 15, 2021. Even though Disney recently announced it would come out a bit earlier, this slight delay will ensure things are 100% ready to go on time. As someone who pays close attention to the buzz around MCU projects, a sentiment I’ve noticed from the general public and even hardcore Marvel fans towards WandaVision is one of intrigue, but confusion. This isn’t just the first Disney+ MCU series, it’s also the first to explore the world of classic TV shows, and from the trailers and clips alone, the plot isn’t really clear (heck, if you throw in the tidbits we’ve gotten from the Marvel crew and scoopers, it’s still pretty murky).

Superpowers and sitcoms aren’t elements that sound like they would mesh well on paper, but while we may not have seen a genre bend quite like this before – especially within a major franchise – there are a few shows and movies out there that may be able to give us a taste of what can happen when the two mix together. So while you’re waiting for WandaVision to begin, check out these other projects with similar genre crossover!

This Gary Ross-directed film from 1998 doesn’t feature any superheroes but does star future web-slinger Tobey Maguire along with Reese Witherspoon. The two play a pair of teenage siblings who become trapped in the (fictional) 1950’s sitcom Pleasantville thanks to an oddball TV repairman played by the late Don Knotts. The movie is all about how the influences our two leads bring into the idyllic world of Pleasantville cause things to change from black-and-white to colored…both figuratively and literally, as the sitcom’s characters slowly change in this manner as they are exposed to more complex and even “scandalous” concepts.

As seen in WandaVision‘s trailer, the show will also start off as a black-and-white show which later changes to color. While we don’t yet know what exactly will cause the switch, it’s possible the concept could be based within a similar symbolism of things getting more colorful as the times change and become more complicated. And as we here on Murphy’s Multiverse have discussed aplenty, WandaVision’s sitcom world is more than likely created by Wanda herself as a way of escaping the trauma and grief of her true reality.

The idea of outsiders entering into this sitcom world also looks as though it will be explored in WandaVision, as we briefly see Monica Rambeau be seemingly shot out of it and (back) into the real world in the trailer. And there may very well be even more similarities between the film and Disney+ series, so Pleasantville is definitely worth a watch before WandaVision begins.

The Season 1 finale of the original run of the classic anthology series The Twilight Zone premiered in 1960 and is about a man who can make anyone materialize at his will by describing them into a mysterious dictation machine (and disappear by cutting that section of the tape out and burning it in the fireplace). It takes place in what was supposed to be a typical American middle-class household at the time and plays around with domestic life-based dynamics. The screenplay was penned by Richard Matheson, who also wrote many other science fiction and horror-based stories including the novel I Am Legend and the book and screenplay for the film adaptation of The Shrinking Man.

The Twilight Zone is not a sitcom, nor is this episode set up like one, but the idea of the power to create and destroy people out of thin air is something explored in some of the Marvel comic runs WandaVision is taking inspiration from and will probably come up in the series itself. It will likely be the explanation as to how Vision, who died (twice) in Avengers: Infinity War, is somehow alive in this series, and in the comics is how he and Wanda’s twins (seen briefly in the trailer) come to be.

How might they react if (when?) they discover they’re simply the creations of Wanda’s mind? “A World of His Own” may give us an idea as to how things could play out if this is the case in WandaVision, or at the very least may provide insight into how this power may affect Wanda herself.

This short film first aired during Cartoon Network’s late night block “Adult Swim” back in 2014 and quickly gained a cult following online. It starts out like the intro for a typical 1990’s-era sitcom, but soon begins to take some strange and dark turns. To say any more would either give everything away or make the project sound even more confusing, but you can watch the full 11-minute video for yourself below. (Thanks, Adult Swim YouTube channel!)

While Too Many Cooks mixes the sitcom with pretty much every other genre except superheroes, the trajectory of things starting out quaint and charming and growing more and more bizarre and unsettling as it goes on looks much like how WandaVision is expected to play out. There are lots of strange little happenings and easter egg-esque things in the background of Too Many Cooks, much like WandaVision looks like it will have with MCU stories of the past as well as old sitcoms.

Of course, WandaVision will have much more time to dive into the concept of “sitcom gone wrong” but Too Many Cooks, perhaps more than any other piece of media out there, will probably provide a good taste of the tone the series will take. And if so, we’re in for quite the ride this winter.

In addition to watching the projects listed above, check out our list of comic elements that will likely play out somehow in WandaVision for some pre-show reading recommendations! 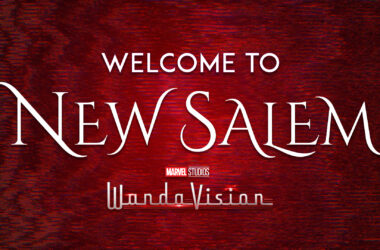 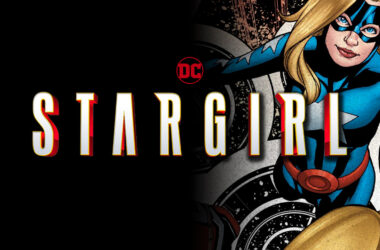