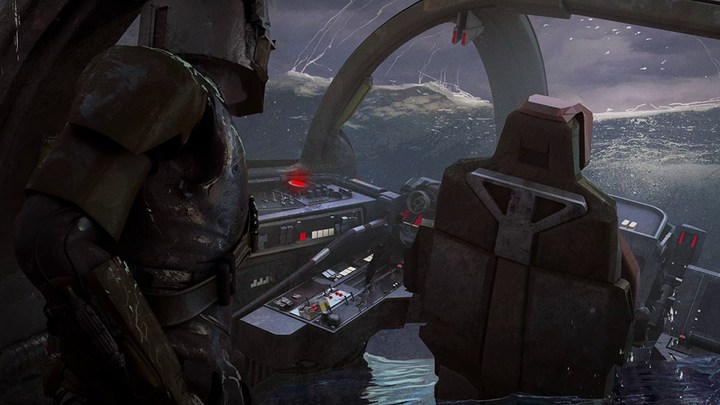 The Mandalorian just expanded their world once more, with the latest episode introducing some familiar faces. You can read more on it by checking out  João Pinto‘s latest entry by clicking here. He already covered most of the episode, so I want to take a look at what it may say about the future. Not too long ago, we got the reveal that Disney+ show’s third season was already entering production. What stood out, it was going to have the working title “Buccaneer” during production. The moment we read this news, we probably all had the same thought as Skyler Shuler did when he shared the news.

The working title for The Mandalorian season 3 is BUCCANEER!

Now, give me those space pirates! pic.twitter.com/qIUx9ecjBY

As last time, keep in mind there are some mild spoilers in this article, so only continue at your own risk.

Western films were the inspiration for the show’s initial direction. It wouldn’t be too surprising for them to diversify the genre as the show continues to grow. This way, it won’t become stale and can be reinvented to bring in a new audience. The latest episode teased the potential direction as we met Bo-Katan and her small team of Mandalorians. We get more insight into how Din’s creed is different from those that lived on Mandalore. It gave us some insight into how Mandalorian traditions have changed over the years especially after many wondered last season why Din couldn’t take off his helmet. It offered a lot more lore to finally connect The Mandalorian, The Clone Wars, and Rebels.

What makes this episode stands out is how it already played around with new concepts. We spend some time in this episode at sea, where Din gets betrayed by his new captain. Just like previous episodes, this creates a visual connection to the main meat of the story after he is rescued by the previously-mentioned fellow Mandalorians, who he has been looking for throughout the season. The episode then takes that context to build the connection to the main focus of the Mandalorians hijacking a ship. If you combine this with the Mandalore history that got teased early on, it creates a potential set-up for where the series heads in its third season. 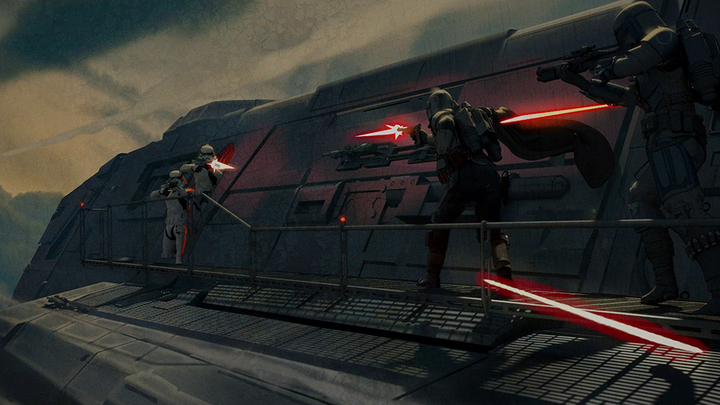 I believe the third season will continue the arc set-up in this episode. Bo-Katan is aiming to retrieve the Darksaber so she can return to her home planet as their leader. She seems to be aware of Moff Gideon, so she might ask for his support in this mission. It would expand the cast to include a new ragtag team of Mandalorians that help Din and the Child on their quest. He becomes conflicted with the teachings of his creed while also fulfilling his mission. We might get our first live-action visit of Mandalore after they set out on their travels taking down one Empire ship after another. His own story will parallel with that of the Child, who is also on the search for his home.