The future of the Marvel Cinematic Universe is ever-expanding, and Marvel Studios continues to keep fans on their toes when it comes to new projects. You would think we’d be ready for anything after announcements for movies like Eternals and Shang-Chi, but most of us were shocked once more when Variety broke the news of an unexpected Hawkeye spin-off earlier this week. The Disney+ series will center around the character Maya Lopez (a.k.a. Echo), who is set to be portrayed by newcomer Alaqua Cox in the Avenging Archer’s show. While the character’s name is probably unfamiliar to many, obsessive comic readers like myself will know it actually bares more in connection to the cult classic Marvel/Netflix shows than it does to the current MCU. In fact, it almost seems to me that a project focused on Echo’s story would be the perfect place for those two franchises, which may or may not be the same, to finally converge on a large scale. So, read on Macduff, and allow me to explain how Echo could bring back some of your favorite players from the era of Defenders.

A deaf Native American woman, Echo is traditionally depicted in the comics as an assassin with strong ties to Marvel’s criminal underworld. Actually, she was essentially born into it, because her father was an active enforcer for the Kingpin while she was still a little girl. And uh, yes, it was that Kingpin. Wilson Fisk (who Daredevil fans will most definitely remember as the bane of Matt Murdock’s existence for two-out-of-three seasons) eventually put out a hit on Lopez’s dad, which led to him dying tragically in her arms and imprinting his bloody handprint on her face. The malicious Kingpin saw potential in a young Maya and took her in, using her photogenic reflexes and some valuable footage of Bullseye to turn her into one of his best weapons. Many years down the line, he would send her hurtling in the direction of one Matthew Murdock, with her brain having been twisted to believe Daredevil killed her pop. This, of course, backfires for Fisk when Maya falls in love with Matt and learns the truth about her origin. Her relationship with Murdock doesn’t work out, but she does find a sense of liberation by cutting off ties with Kingpin.

Suffice to say, Lopez was already steeped heavily in the world of Daredevil before she was even able to make connections to Hawkeye or the bigger Marvel Universe. When she finally does start mingling with the Avengers, it still sends her straight back to Daredevil’s corner of the world. Upon leaving Hell’s Kitchen, Lopez travels to Japan and begins operating against mystical ninja clan The Hand and their leader, fellow former Fisk assassin and Murdock-lover Elektra Natchios. She does so under a new mantle, Ronin, which would eventually be used by Clint Barton as well, and was introduced to the MCU in Avengers: Endgame. That conflict would end with Maya’s death at the hands of Elektra (later revealed to be a Skrull), until her eventual revival by The Hand, something that group is kinda well known for. So, if you’re keeping track at home, that connects Echo to Kingpin, Daredevil, Bullseye, and Elektra before Hawkeye ever puts on her Ronin suit. The enormity of space that the previously-owned-by-Netflix characters take up in Lopez’s personal storylines almost makes one wonder how Echo could exist without using at least some of them. Obviously, Echo’s story will differ in live-action, but I do have some ideas as to how Marvel Studios might use her solo series to honor her comic roots and introduce Marvel’s street-level cast to the mainstream MCU.

What we know about the MCU’s take on Echo could be described as very minimal. We know that Maya Lopez will feature in Hawkeye, played by the previously mentioned Alaqua Cox. We also know her father will appear, with the role taken on by veteran actor Zahn McClarnon. This information, combined with exclusive footage from the set of Hawkeye, seems to indicate that Lopez’s father will live much longer into her life span than in the comics. That would make Lopez too old to be potentially manipulated by Kingpin in the same way she was on the page, but it doesn’t mean she can’t end up working for him in a similar manner. When Echo begins, Lopez will presumably already be an assassin or be on the verge of becoming one. Her father will most likely be freshly dead or about to die. With the rights to the Netflix characters back in their pocket, Marvel Studios could pull off a late-stage reveal that Wilson Fisk was behind some of the criminal activity in Hawkeye, including the death of William Lopez.

Echo could then be a revenge story, where Maya goes after Fisk either through his bodyguards or by infiltrating his organization and becoming one of them. Now, if Fisk is going to have an assassin by his side, it might as well be Bullseye. Much like the comics, watching him during combat could lead to Maya becoming a better fighter. She could also slip into Elektra’s role for the classic story in which she is pitted against Bullseye for the position of Kingpin’s top assassin. Speaking of Elektra, she could appear working for Fisk as well. Or, Marvel Studios could use her to re-introduce The Hand properly, making her their leader (as teased in Defenders) and adapting her conflict with Maya from the comics. Whatever the case, it feels apparent that Echo has the potential to be the MCU Daredevil revival so many fans have been clamoring for since its cancellation, and who knows, maybe the Man Without Fear himself could show up at some point. After all, he’s scheduled to make his comeback sooner than later. 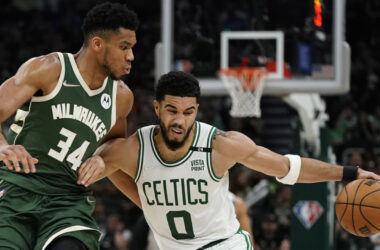 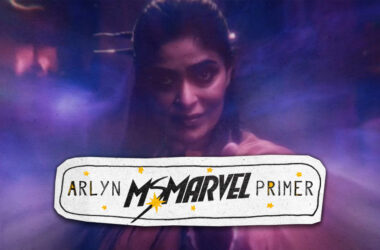 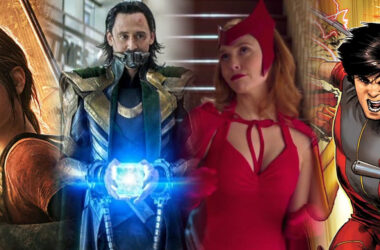 After Birds of Prey released in early February, fans went through most of 2020 without a major Star…
Read More