This article was originally published by Charles Murphy at MCU Exchange on November 16, 2016.

From the early 1970s until the mid-1980s, Marvel comics published a one-shot series called Marvel Team-Ups in which characters from across their universe came together for one issue. The vast majority of these team-ups (especially the first volume) featured Spider-Man pairing up with someone, but also allowed other, non-A-list heroes to work alongside some heavy hitters.

As a kid, this was one of my favorite titles, allowing me to see pairs like Spider-Woman and Hulk or Spider-Man and Valkyrie work together. As an adult, the Marvel Cinematic Universe is allowing me to experience the same sort of joy, seeing Ant-Man meet Captain America and soon seeing the Hulk and Thor go on a Cosmic road trip. According to Kevin Feige, people like me who love seeing these characters interact might really enjoy Phase 4 where he says we may see more “unexpected combinations of characters.” While Feige is fired up to see facial hair bros Tony Stark and Stephen Strange pair up, we had a few team-ups of our own that got us feeling excited: 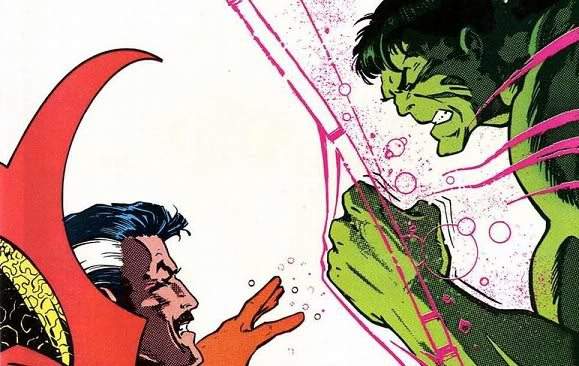 The Defenders are coming to Netflix in 2017, but to longtime readers of Marvel Comics such as myself, the title of Defenders belongs to a group otherwise typically self-serving heroes who occasionally teamed up to save the world from attacks more supernatural in nature. I’ve already talked about my hopes for the original comic book Defenders to assemble in a Doctor Strange sequel, but I’m not convinced we will get that. It’s easier to convince me that rather than the whole team, we get to see Doctor Strange team-up with Hulk, however. Given Marvel Studios is keen to team characters up into odd pairs and the fact that their best bet to continue making the most out of Mark Ruffalo‘s Banner/Hulk is to put him in other characters’ solo films, this really seems like a near no-brainer. Strange and Banner/Hulk have a long comic book history that should not be ignored. 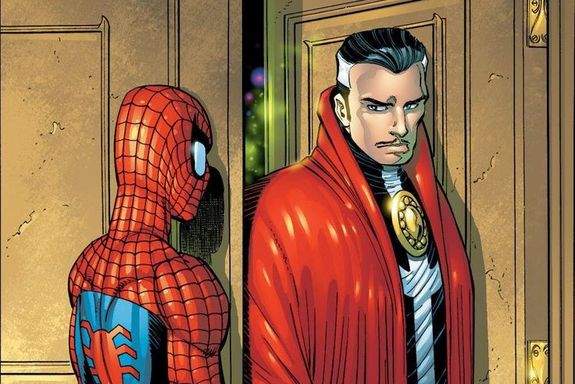 This happened several times in the comics and while I’m not sure we’ll see Spidey or Strange taking on a full co-starring role in either one’s solo film, I think that paying homage to some of the classic team-up books is a great idea. Also, given Spidey’s youth and Tom Holland‘s genuine innocence, I can imagine them sharing a few scenes could produce some absolutely incredible moments. Given Holland’s contract still has quite a few films left on it, it seems reasonable to believe that these two will team-up at some point.

When Marvel Studios was first founded, it had plans of making a solo Nick Fury film. Later, rumors about an S.H.I.E.L.D-centric film made the rounds. While neither of those films ever got the green light, Feige’s comments about making smaller, more intimate films might give it life again. Samuel L. Jackson isn’t going to live forever, so putting together a feature role for him in a Mission: Impossible-esque, espionage-heavy film starring a few of Marvel’s finest spies would be a trip. Such a film could certainly have some space to fill in some more of the past of the MCU while giving Marvel Studios the type of genre jumping they seem to have been happy to do. If such a film were to be made, I’d hope Marvel would knock on the door of Christopher McQuarrie to write (maybe with his Mission: Impossible-Rogue Nation collaborator Drew Pearce) and direct.

Guardians of the Galaxy and Captain Marvel 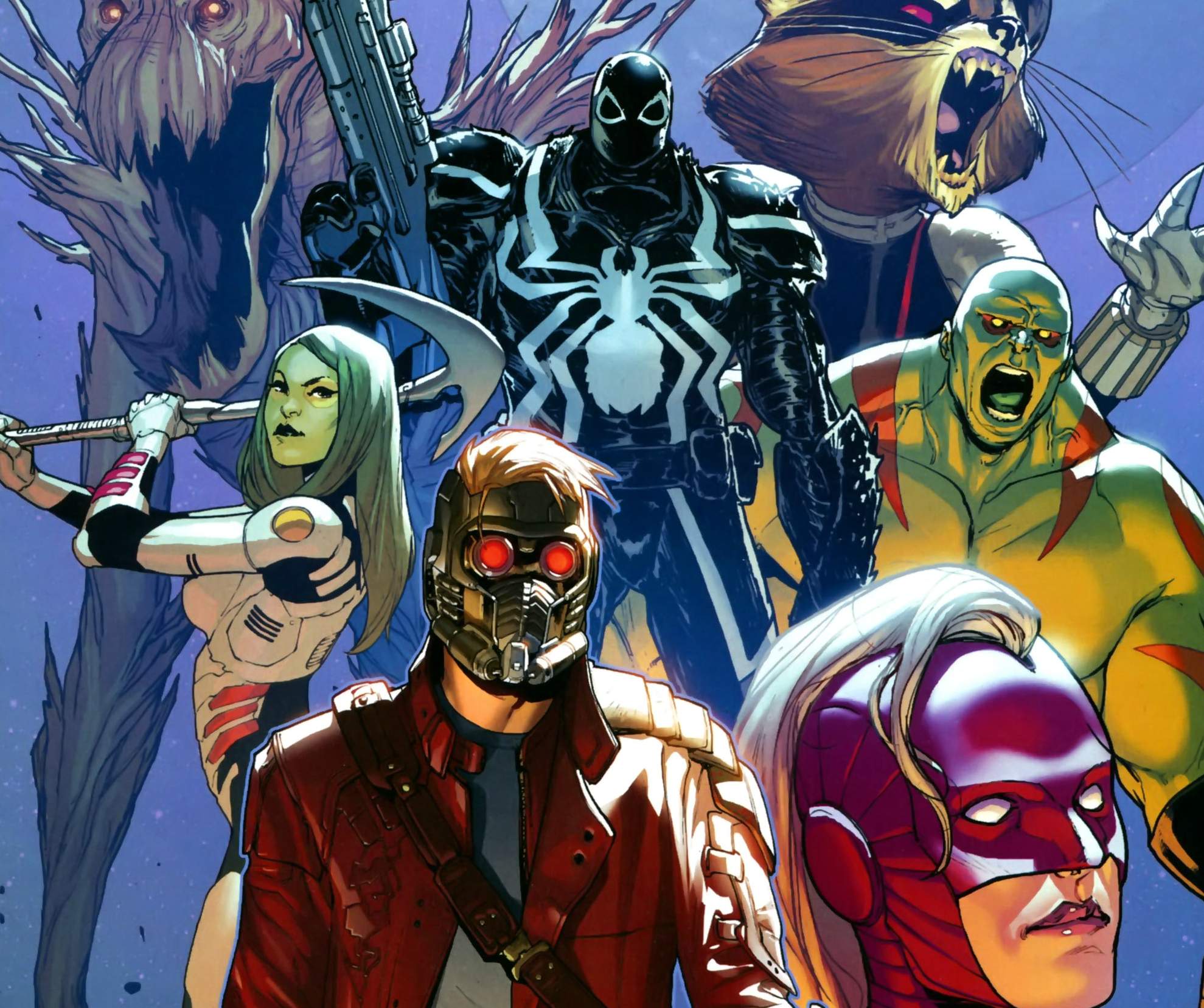 When Carol Danvers joined the cosmic heroes for a brief spell in the comics, it seemed like the team found something they’d always been missing but didn’t know it. Many potential characters are missing from the Guardians in the MCU and it’s possible we may never get to meet many of them (Adam Warlock, Phyla-Vell, Moondragon, Starhawk, Vance Astro…the list goes on). However, there is one recent member of the team that is about to enter the MCU in Captain Marvel, making it possible that she teams up with the ragtag band to help…guard the galaxy. Certainly casting Brie Larson as Carol shows that Marvel Studios has big plans for the character in its post-Infinity War plans. With Robert Downey Jr. aging, we could start to see actors like Larson and Benedict Cumberbatch take on a bigger role in the MCU, meaning seeing more of them more often as we did with Tony Stark. And when it comes to the possibility of more Danvers, I don’t think anyone will complain if they get to watch Larson and Chris Pratt interact over the course of 2-hour space adventure. 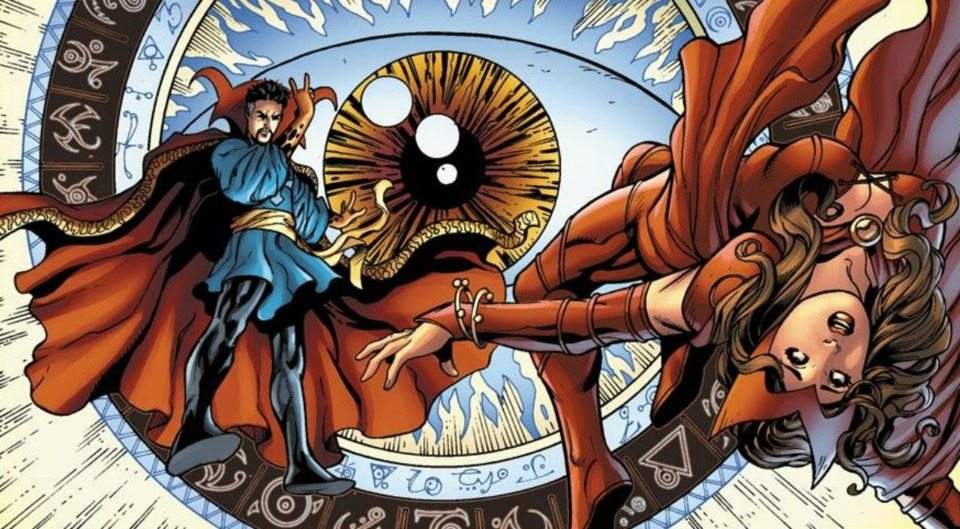 This one has to happen at some point, right? The two primary magic users on Earth have to meet. When we last saw Wanda in Captain America: Civil War, she and Vision were pondering some existential questions and Wanda was just beginning to accept who she was now. A team-up with Doctor Strange could go a long way towards helping Wanda grow more comfortable and could help with some much-needed exposition about the way her powers work. Kevin Feige referred to her spell-casting as chaotic, which really couldn’t have been coincidence, right? So could Strange and Wong come to learn as much from her as she from them? Could their investigation into her powers lead to a confrontation with Chthon, the Elder God of Chaos? That sounds like it could get fun and potentially send Wanda off on the path many of us are expecting her to follow. 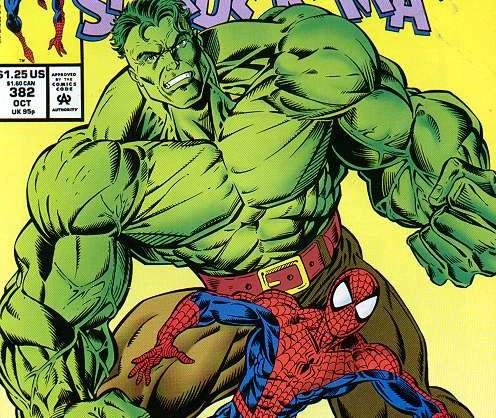 It worked well in the comics. It worked well in cartoons. Do you have any reason to doubt that putting these two together as a pair won’t work in live-action? The thought of Holland’s Spider-Man cracking wise with the Hulk sounds like a fun of an idea as Marvel could put into action. The question then becomes why would Hulk and Spidey team-up? What would bring them together? Someone worth smashing, I’d hope. Well it probably isn’t true, it seems like Spidey and Hulk were the most frequent pairing in the old Marvel Team-Up books, maybe Marvel Studios could mine those for some good quality ideas, maybe something that could finally bring Rick Jones into the MCU? With over two dozen projects comprising the Marvel Cinematic Universe, it’s sometimes easy to lose track of the…
Read More