It’s that time of the year again where Pixar unleashes another masterpiece onto the world. Their latest film, Luca drops this Friday on Disney+ for everyone to see and it’s one I adamantly recommend to anyone that loves the films of Studio Ghibli and Hayao Miyazaki. It’s a beautiful story about friendship and the growing pains of adolescence set in the Italian summer starring two sea creatures. Murphy’s Multiverse was fortunate enough to speak with the director of the film, Enrico Casarosa, who elaborated on some of the craft that went into making this emotional and stunning movie.

As you will read in my review, the movie has big Miyazaki energy and Enrico Casarosa isn’t ashamed to admit it. We spoke to him about how his love for Miyazaki shaped the film and the magic of Studio Ghibli films.

I just feel that Miyazaki does something magical with anything he touches. I grew up with his work. As a teenager in Italy, we would have all these Japanese cartoons and I realized a few years later, Future Boy Conan was one of the first TV series he really directed.

Having loved, observed, studied, and met him, showed him La Luna, he’s in my DNA. But what is the heart of what I wanted to capture is his ability to convey a child’s point of view. That was important for our movie. That point of view is made of imagination and this wondrous, curious gaze of nature. So this was really great because I could really have Luca experiencing an Italian town for the first time. Have him experience the wind, leaves, and waves for the first time. And that’s what Miyazaki is amazing at.

Luca’s central characters are two sea creatures living on the coast of the Italian Riviera. The idea of making mythological creatures central to a very human story stemmed from the myths that surrounded Casarosa’s homeland and the rest of the world. He elaborated on what particular legends he drew inspiration from and how he formed his own version of the mythology in the process.

The inspiration for some of the ideas of changelings comes from my love of Japanese and world folklore. The inaris (foxes) come to mind as they’re able to transform and look human. The selkies from Ireland as well.

But when you then do the research, you find out there’s a lot of wonderful strange stories in Liguria too because there’s fishermen. For example, St. George and the dragon are the symbol of Genoa. Almost everywhere you walk in Genoa, you will see images of someone spearing a dragon. And then there are dragons in San Fruttuoso. “Don’t go there because there’s a dragon.” We realized that some of these folktales were there so people wouldn’t go and fish there.

Some towns had really specific ones. There’s an octopus that saved this whole town by ringing this bell because the pirates were coming. So that’s how we connected all those things to the film.

Lastly, we had to ask Casarosa of reports that legendary composer Ennio Morricone was Disney’s first choice to score the film before he passed.

Yeah, for some reason, that info is online. That is not true. I mean, I love Ennio Morricone and his music. We can officially say here that it didn’t happen. But making the movie, we listened to Ennio Morricone, Nino Rota, and Nicola Piovani. Those are some of the key scores that inspired Dan Romer. Dan was my first choice. Beasts of the Southern Wild was the first time I noticed his beautiful music.

Luca comes out on Disney+ this Friday! 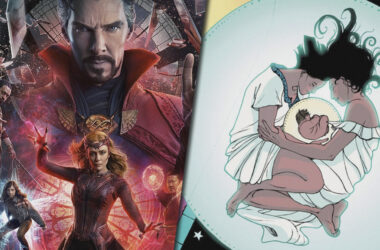 With the inclusion of America Chavez, there was some expectation that her LGBTQ background could lead to Doctor…
Read More 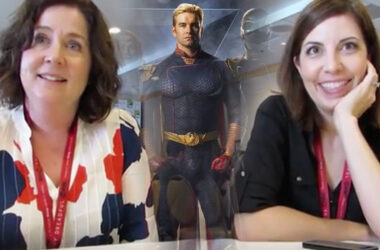 About a year ago, around the time the second season of The Boys premiered, it was announced that…
Read More 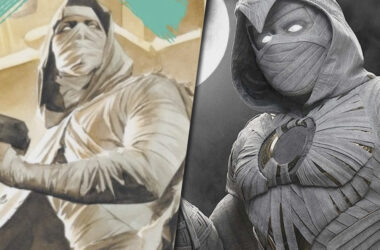 Like many Marvel characters, Moon Knight has gone through quite a few iterations of costumes in his comic…
Read More