Episode 5 of Loki, “Journey Into Mystery”, introduced audiences to the Void, a vast wasteland where anyone and anything pruned by the TVA goes to be devoured by Alioth. Given the Void’s purpose, it was no surprise to find it filled with Variants and remnants of their branched timelines, making an Easter egg-rich environment that thrilled fans. Among the many blink and you’ll miss it appearances that got the most attention was Throg, a Thor Variant who was briefly seen trying to get out of his jar prison (labeled T365 in reference to the character’s first comic book appearance in Thor #365) and get hold of a variant Thor’s hammer (probably Frogjolnir). 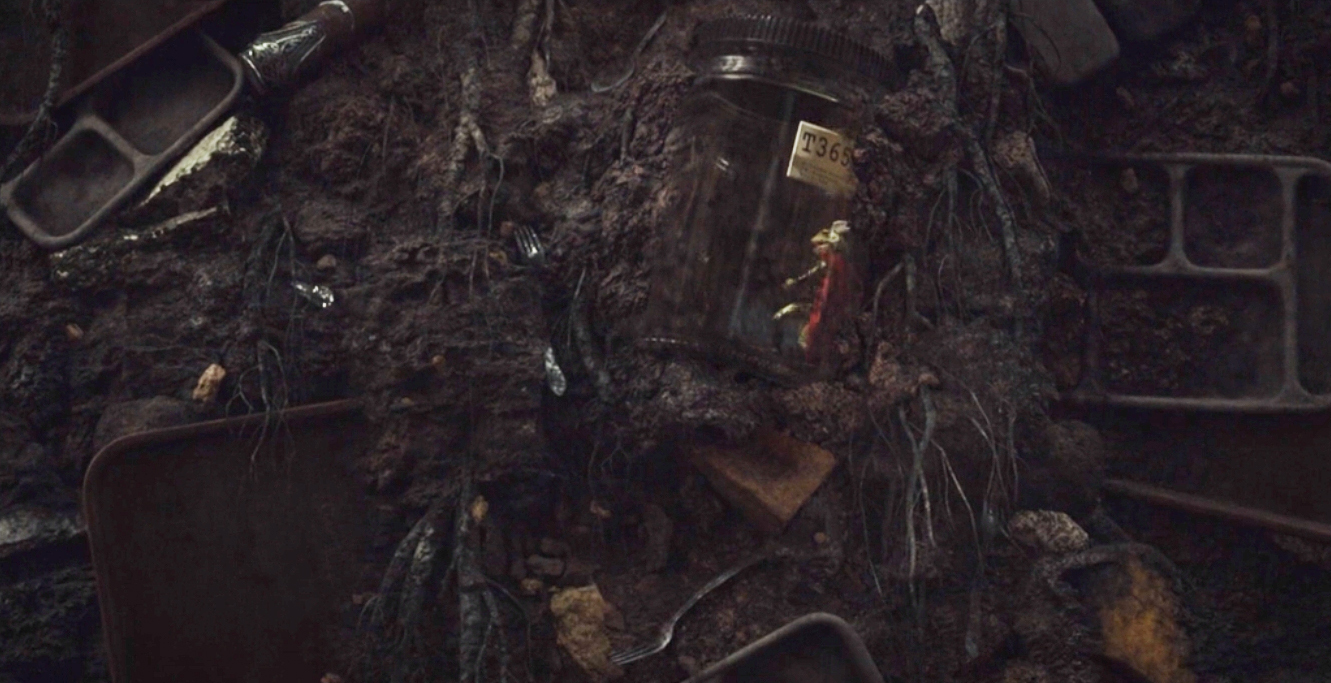 It was a great Easter egg and it does establish Throg as MCU canon but according to staff writer Eric Martin, there was originally more planned for the Frog of Thunder, including a scene of him kicking Loki’s ass that sound like it might have been reminded fans of Hulk’s thrashing of the God of Mischeif from Avengers.

Comic fans will notice the Frog of Thunder in that jar. We actually shot a scene for the Time Theater in Ep 1 of Loki getting pummeled by Frog Thor, but had to cut it to keep things moving. It’s too bad, because Tom was funny as hell. #LokiMidnightTheater

Throg, first introduced in 1986, has gone through a few retcons but the first story was part of an arc in which Loki turned Thor into a frog (at the end of Thor #363) who found himself on Earth, being attacked by rats and then going on to, of course, meet other frogs before finally transforming into the fully-powered Throg when he found Mjolnir. Simonson had some wild ideas when he was writing Thor, so if nothing else, use this as an excuse to get into the 300s of Thor and do some reading.

Now that Throg is canon, let’s hope we see him in Season 2 or somewhere else in this multiverse. In its seventh outing, Sony's Venom: Let There be Carnage has become the 2nd movie to cross $200 million domestically in 2021.
Read More