In the wake of last week’s Disney Investor’s Day Presentation comes the realization that the long, angst-ridden waits between Marvel Studios projects are soon to be a thing of the past. Over each of the next 2 years (2021 and 2022), Marvel Studios looks to roll out AT LEAST 10 major projects a year between their theatrical and streaming offerings. 2020 has been a rough year for MCU fans with the COVID-19 related shutdowns eventually keeping Marvel Studios from releasing any of their planned projects. Even before COVID, however, fans endured some pretty significant gaps between projects (almost 2 years between Iron Man 2 and The Incredible Hulk) but it is clear now that those days are over.

Looking at 3 data points isn’t really enough for a pattern, but it looks like Marvel Studios may be looking to release a new streaming series on Disney Plus every two months. If that pattern were to hold, we’d see What If…? in July, Ms. Marvel in September and Hawkeye in November. Of course, the studio would have to work around other streaming series as well, but that schedule seems fairly plausible and would make 2021 shape up like this:

Ideally, Marvel Studios would probably spread these projects out a little more and they very well may as the working premise is just a guess. What If…? could be a June or August release; Ms. Marvel could be an August, September or even October release; Hawkeye, which is set during Christmas, begin streaming following Thanksgiving and lead up to Spidey’s Christmas release. Whatever the case, it’s pretty clear that Kevin Feige has no intentions of Disney Plus subscribers going very long between new episodes of original content.

Additionally, the following series are currently slated to stream on Disney Plus in 2022, according to a chronological order listed on Disney’s official PDF file from the event:

If we operate off of our premise that Marvel Studios would like to have a streaming series on Disney Plus every two months, a premise that is, as stated above, only plausible and not confirmed, we can get an idea of when they might sprinkle the half-dozen new series in:

Disney has also listed their Blade reboot starring Mahershala Ali as set to appear chronologically ahead of Captain Marvel 2, according to the same PDF, which would bump Disney up to an 11th 2022 project. As of today, Blade has neither a release date nor a creative team, but Feige did say to expect some announcements soon. But it’s possible that 2022 could end up looking something like this:

Obviously, until we get an official update on Blade, we can only speculate but finding a way to get it out in September would give fans Marvel Studios content in every month but January, and the longest we’d go between projects would be from Christmas 2021 to February 2022.

While the films weren’t given official dates, it seems that Ant-Man and The Wasp: Quantumania, Guardians of the Galaxy Vol. 3and Fantastic Four are all headed for theatrical release in 2023. It was also recently revealed that Deadpool 3 found a pair of writers, making it a likely candidate for another of the 4 previously slated 2023 films. Though we have no guarantee, it’s possible the 2023 slate could look something like this:

Marvel Studios is also known to have a handful of other projects that seem to be further developed than others, though it’s not known if they are meant for theaters of are streaming series:

Of those, Young Avengers seems MOST like one that could be a film, but any or all of them would make for great streaming series as well. Recent rumors have a second season of Loki headed into production in January of 2022, which would put it on track for an early 2023 release. Throw in a couple of rumored projects such as Thunderbolts, Agents of Atlas, Squadron Supreme, another series getting a second season or a surprise or two here and there and you’re right back into double digits for 2023. It also means it’s possible for Feige and Marvel Studios to get to 2024 before even tapping into what is certainly the biggest ace up their sleeve: the newly acquired X-Men and related characters, should they so choose. Sure Deadpool is part of that acquisition, but as the comics have proven, the X-Men can exist in a world all their own.

Marvel Studios absence may have been felt in 2020, but it looks like The One-Above-All is doing everything he can to take care of us for the foreseeable future. 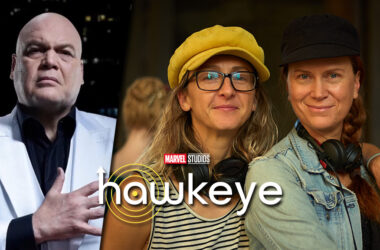 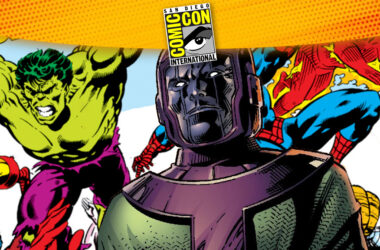 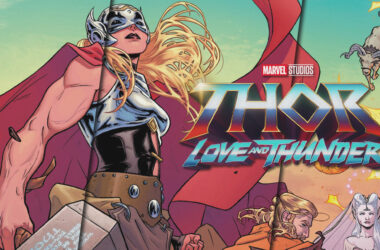