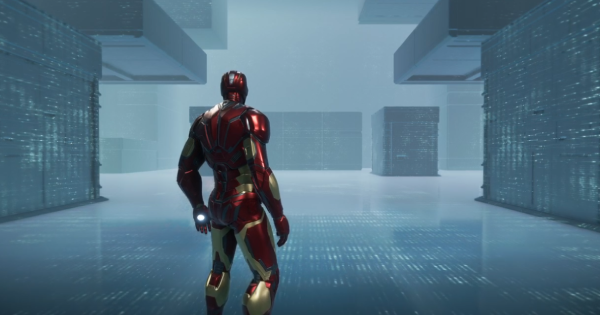 All eyes were on the upcoming release of Hawkeye for Marvel’s Avengers. The archer would be the second DLC addition to the game, which would include a new storyline that would continue where Kate Bishop left off. Many have been wondering if we can expect any other future updates. There have been many requests for the game, which included a possibility to customize your HARM room challenges. Well, after a long wait, it seems that Crystal Dynamics has been working on it and waiting to officially unveil the design.

It has finally come and it seems that the content was one of Square-Enix’s multiple contracts, as the customization option is sponsored by Intel. It was taken down shortly after it was released online. As it wasn’t released by the official Play Avengers account, it may have been released early. Luckily, @AssembleCast was able to get a video out on it, if you want to see it in action:

Of course, anyone playing on a current-generation console will think this might be exclusive for PC, especially with the Intel advertising. Well, luckily, @StrumSlinger, the game’s community manager took to Discord to confirm that this is also going to be added to consoles.

I have been waiting for the reveal of custom HARM rooms since the game was released. They do offer some standard missions, but it was an option that was sorely missing. I also am glad that we can use the location in the Helicarrier. It was a nitpick, but I was annoyed you could only access the HARM room through the War Table, so it was pointless to make the trip to the back of the flying fortress. The options look great for those that want to test out the different moves of their favorite Avengers. Hopefully, this is only the first of many major additions heading our way in the coming months. Here’s hoping we get an official reveal soon on what we can expect with this system.