It’s long been speculated that the Disney plus Loki series will have more than one season. This was mostly based on the Limbo Productions I LLC, and other reports including one from our own Charles Murphy. Now Production Weekly is reporting a January 2022 start to production for the second season of the series.

Things I heard this week: actors being brought on board for lead and major supporting roles in Loki are having options for a possible second season written into their deals.

Now it’s a fine line between what this does mean and what it does not mean. It does not mean that, as of today, I can confirm with 100% certainty that a second season of Loki will happen. I will say that there’s plenty of evidence which supports the idea that it’s a great possibility.

January 24, 2020 What I Heard This Week by Charles Murphy

At one point it was believed that season one and two of the Loki series would film back to back, but this was a plan for pre COVID-19. It appears with this Production Weekly news, if correct, that they have changed those plans.

While you shouldn’t always trust Production Weekly to be totally accurate, especially with start dates, there is additional information from the website that Netflix series, White Stork is slated to begin filming in the UK in March 2021 (airing in 2022). The series, which also stars Tom Hiddleston, starting production in March supports the idea that production of season 2 of Loki will be pushed back. After all, Hiddleston is a talented actor, but he cannot be in two places at once. He can’t duplicate himself like Loki can so a splitting up of seasons for Loki makes sense. White Stork is expected to be ten 60 minute episodes, so that should certainly keep Hiddleston busy filming that for a good chunk of 2021.

Now, you may ask, what does that mean for the possibility of Loki popping up his dear brother’s fourth installment of his films, Thor: Love and Thunder? If Hiddleston basically has an open schedule in January, February and at least part of March, then there’s certainly a possibility of him joining the filming, at least briefly, while they film in Australia (or perhaps separate filming just for him elsewhere). However it doesn’t seem to indicate a very large role in the Thor franchise for the God of Mischief this time around. 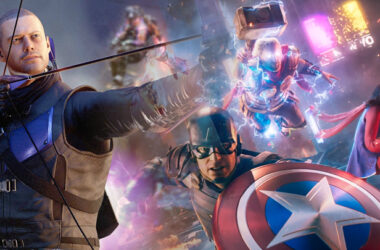 It has been a massive week for Marvel’s Avengers. They have been building up to the release of their…
Read More

There has been much debate on how much backward compatibility will be possible for PlayStation 5. Microsoft proudly…
Read More