Note this article was originally published by Charles Murphy at That Hashtag Show on December 20, 2018.

As Phase 3 and the saga of the Infinity Stones comes to a close, the future of the Marvel Cinematic Universe has begun to come into focus. Though Kevin Feige has stuck to his guns and made no official announcements about what to expect after Avengers: Endgame, it’s nearly impossible to hide things anymore and the post-Thanos slate has started to fill up.

Black Widow and The Eternals are set for 2020 and the gears are in motion for sequels to Black Panther and Doctor Strange to occupy two of the three 2021 films. While the first two have scripts and are in different stages of pre-production, the latter have only recently secured directors with Ryan Coogler and Scott Derrickson returning for their respective sequels. Coogler is set to write the sequel to Black Panther and the search for a screenwriter for a second Doctor Strange film is underway, but both directors have indicated in the past that they have plenty of ideas where their characters might go next. Of course, as fans, we all have our ideas too and that’s what this is all about…my takes on what I would love to see in the next installments of Black Panther and Doctor Strange. These are just some ideas that have been floating around in my head. You may like them or you may not. That’s how ideas work.

Black Panther: The Conscience of the King

Had I written this up 6 months ago, I’d have had an entirely different take on this one. For a long time, I’d thought that a Black Panther sequel would be an ideal time to introduce Namor. I don’t claim to understand the intricacies of his live-action rights, but I’ve always assumed that, like Hulk, it would be easier for Marvel Studios to include him in another film than to make a Sub-Mariner solo. That may or may not be true, I’m just explaining my thinking here. However, the impending arrival of the Fantastic Four has changed my thinking on Namor as has the evolving structure of the landscape of films happening post-Endgame. At this point, I’m not so sure we might not FINALLY see a Sub-Mariner film, but if we don’t, I’d love to see Namor come into the picture as a Fantastic Four antagonist and then develop over time. So that’s a long way of saying what the sequel won’t be about, so let’s move on to what I’d like to see.

Black Panther left things pretty well set up not only for Wakanda’s role in Avengers: Infinity War, but also for the sequel to take any number of routes. With Wakanda fully-revealed to the world and establishing a Wakandan outreach center in Oakland, any number of new issues could arise and I think that turning to Christopher Priest’s acclaimed run gives us an idea of what they might be.

Between 1998 and 2003, Priest wrote 60 issues of Black Panther for Marvel Comics and, to this day, they are considered among the seminal work done on the character. Priest’s run began with T’Challa in an interesting pinch: a girl who was a part of T’Challa’s Tomorrow Fund, an organization he founded in the United States to help clean up some inner cities, has been found murdered. Meanwhile, refugees flock to Wakanda’s border, led by the enigmatic Reverend Doctor Michael Ibn al-hajj Achebe. When T’Challa chooses to leave to investigate the murder of girl, Achebe makes his move to overtake Wakanda. 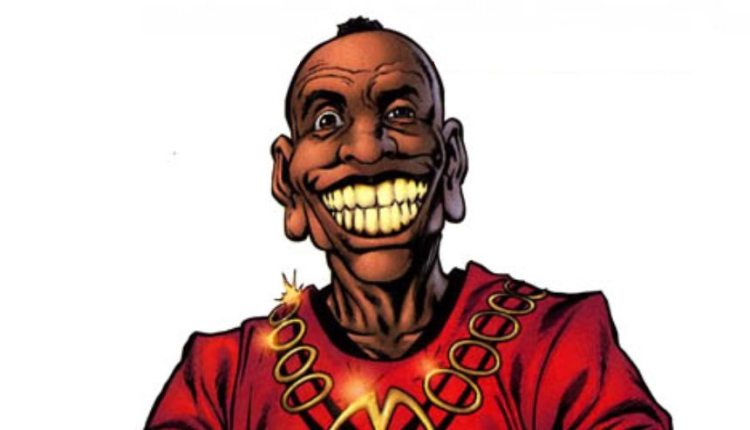 Achebe represents an entirely different type of threat to T’Challa and Wakanda. A master manipulator willing to go great lengths to remove T’Challa from the throne, his motives and means are vastly different than those of Killmonger’s. Achebe is a villain that many fans have longed to see brought to the screen and who has been described as the Joker to T’Challa’s Batman. It’s entirely possible that not only could Coogler make him a memorable villain, but also that he’s already set things in motion to work Priest’s arc into a sequel.

The Wakandan outreach center in Oakland could quite easily become the Tomorrow Fund. T’Challa’s descision to open Wakanda’s borders could very easily result in a refugee crisis (something that we are all too familiar with and that would allow Coogler to inject a measure of social commentary into his film). Achebe’s goal is to essentially destabilize T’Challa and Wakanda, allowing him to take over. He hits the King from all fronts, leaving nothing off the table. Unlike Killmonger and M’Baku, he presents no physical threat to the King which would allow for Coogler to show audiences what fans of the comics have known for years: T’Challa is one of the smartest characters in the Marvel Universe. Of course we’d like to see him do some fighting too, so bringing in a secondary antagonist, like arms dealer Moses Magnum and his crew, would allow for some nice action, but if Coogler wants to separate this film from the last one, Achebe has to be the threat and he has to be as different from Killmonger as possible. If we stay with the Batman analogy, this would be Coogler’s chance to make the MCU’s The Dark Knight. For all Killmonger’s physicality and emotion, he didn’t stretch T’Challa to his breaking point: that’s what a man like Achebe could do.

There are plenty of other characters that could be added (Queen Divine Justice has already been rumored to appear) and plenty of twists and turns to take, but on the whole, I’d love to see this film end with T’Challa having reclaimed the country, handing the throne to Shuri and becoming the King of the Dead, living in the Necropolis. 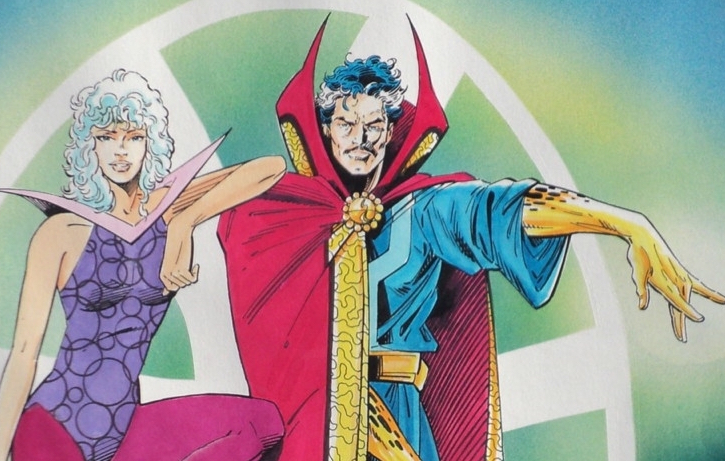 Director Scott Derrickson has gone on record that his original Doctor Strange pitch included Nightmare, the first villain Stephen Strange faced in the comics. He was talked out of it by Kevin Feige who believed that if the first film took place partially in another dimension, it might require too much exposition and bog down the film. With the idea of alternate dimensions know established, it’s very likely that Derrickson gets to bring Nightmare into the sequel.

Nightmare is a fascinating character who lives in the Dream Dimension (aka the Nightmare Realm) where he has long tortured people in their sleep. While his appearance in the comics has changed over the years, he’s relatively terrifying to look at and would afford Derrickson the opportunity to push the film into some darker corners that he’s familiar with as a director of horror films. I have no inside info here, but I’d say the fact that Derrickson is back on board is a fairly good indicator that we will be seeing Nightmare in the sequel. 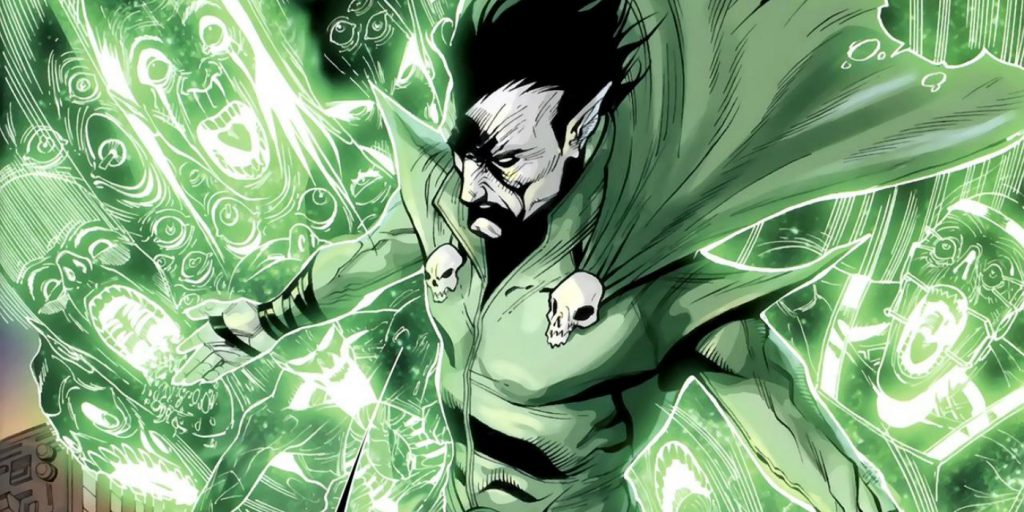 I’m 100% on board with Nightmare being in the film but I hope that Marvel Studios takes the opportunity to mess around within the dreams of people to introduce the Sleepwalkers, the protectors of yet another sleep-related dimension known as the Mindscape. Nightmare was long-considered an enemy of the Sleepwalkers in the comics and it wouldn’t take much tinkering to make things a little less complicated in the sequel. In 1991, Marvel Comics began a short-lived Sleepwalker series which focused on one of the guardians of the Mindscape who became trapped in the mind of a man named Rick Sheridan while protecting him in his sleep. One of the fascinating things about old school Doctor Strange comics is that he seemed to frequently be teaming up with other heroes. If Derrickson wants to make this an entirely quirky and unsettling horror film, the combo of Nightmare and Sleepwalker would do the trick.

Nightmare is the perfect villain to keep Strange busy in the sequel while the real villain of the piece does his work. When last we saw him, Karl Mordo was in a bad place and we can only imagine that things will have gotten much worse in the time that passes. Though Mordo walked away from Kamar-Taj and Strange after learning of what he considered to be a betrayal by the Ancient One, we all know Mordo is on a path to become Strange’s ultimate challenge.

Mordo is not only reducing the number of sorcerers in the world, he’s also stockpiling their power. It wouldn’t be shocking to see a changed Mordo here, perhaps one who has been mislead again and has entered into an agreement with Dormammu that would benefit them both: if he can deliver Strange to Dormammu, Mordo can take Strange’s power. Mordo enters into a deal with the Lord of Chaos that keeps him from breaking his vows. Though distasteful to Mordo, it serves his purpose. This scenario would require something to trap Stephen, someone in whom he doesn’t suspect evil intentions. This scenario allows for the introduction of Clea, the niece of Dormammu, and Stephen Strange’s one, true love…perhaps the girl of his dreams.

There are other characters I’d love to see make their way into Strange’s life eventually (Rintrah chief among them), but if you could slap together a plot where Strange has grown comfortable following the events of Infinity War and Endgame, is distracted by Clea, weakened by his battle with Nightmare and has to somehow team up with Sleepwalker to overcome Mordo before losing his powers, that would be a super fun film full of opportunities to scare the hell out of anyone.

There they are. The two worst ideas for sequels that you’re likely to read today! It’s always fun to do this kind of thing, but also it’s a lunatic mission because the ideas I come up with are the least likely to end up in a film written by actual professionals. At any rate, thanks for reading and have a great holiday season! 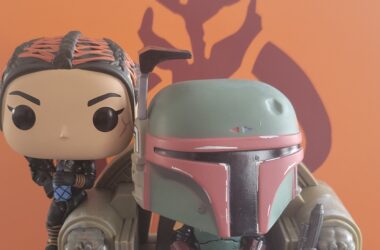 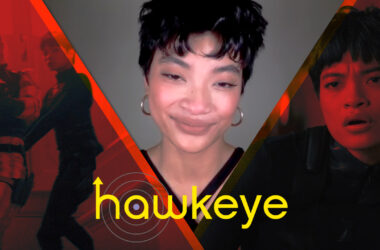 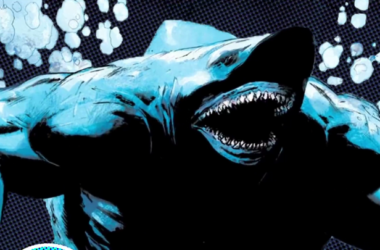