Earlier this year, we ran one hypothetical scenario for Marvel Studios 2023 release slate. A lot has changed since then (including the reshuffling of the film slate and a streaming series delay), so with Disney Plus Day coming up next week, we thought we’d shoot our shot at predicting how 2022 and 2023 might look. Here’s 2023, V2.

Whereas 2022 started off with a Star Wars series, it’s possible that the late-2021 reshuffling of Marvel Studios projects may have allowed for a perfect bit of Disney synergy.

This could allow the Disney+ Secret Invasion series to kick off the year and lead almost directly into The Marvels, a film with which it will share characters and, potentially, some plot points. If that’s the case, we could see an episode of Marvel Studios: Legends catch us up on Nick Fury and Talos on January 4th ahead of Secret Invasion’s 5-week run (prediction a 2-episode premiere here to keep things from overlapping).

Marvel Studios: Legends episodes for Kamala Khan, Monica Rambeau, and, of course, Carol Danvers are a good bet the week of the release of their team-up appearance in The Marvels. If Disney+ keeps pushing these summaries out, we could see them on February 15th.

The Marvels is starting to sound like another one of Marvel Studios’ highly ambitious team-up sequels, on par with Captain America: The Winter Soldier and Thor: Ragnarok. Looking back, those films set not only their main characters but also the supporting cast on new journeys that lead to some amazing, redefining arcs. We could see that happening here when The Marvels drops into theaters on its new date, February 17th, 2023.

It can’t be all Marvel all the time. Season 3 of The Mandalorian would fit in nicely following The Marvels, meaning the next MCU project we could see would be episodes of Marvel Studios: Legends recapping the journeys of the Guardians. There would, by this time, be a LOT to do, so we could see the most loaded Legends day on May 3rd, 2023.

James Gunn‘s Guardians of the Galaxy Vol. 3, originally supposed to be in theaters in May of 2020, will finally arrive on May 5th, 2023. Adam Warlock, played by Will Poulter, is set to make his debut and, presumably, give the Guardians a hard time. However, we know that Gunn has said this film will be Rocket’s film and that it’s the final chapter in his telling of the story of this group, so Warlock will certainly not be the only new character we meet.

Following the final chapter of the OG Guardians of the MCU, it’s likely we’ll get a bit of a break from the MCU, maybe for something like the Lucasfilm Ahsoka series in May. Marvel Studios could get back in the game with a Marvel Studios: Legends episode on Maya Lopez (and maybe Wilson Fisk) on June 7th before her series debuts the next week.

We know almost nothing at this point about the solo Echo series other than it is described as a Hawkeye spinoff. There are rumors that both Hawkeyes and Kingpin will appear and that they are searching for Native American actors to, we think, play members of Echo’s family. This one has the feel of something that can be a pretty original spin on the character and it’s key that the focus is on Alaqua Cox’s Lopez. That said, don’t be surprised if some other familiar faces show up throughout the series.

While Peyton Reed remains on board as the director, writer Jeff Loveness came on board AM&TW:Q to put a fresh spin on an existing draft. I’ve always heard this was going to be a much bigger film than either of the first two and having Jonathan Majors’ Kang involved certainly does nothing to dispel that rumor, though I am VERY curious what this one ends up being all about. We’ll all find out together July 28th, 2023.

Another year, another season of What If…?.

Riri Williams is set to make her debut in Black Panther: Wakanda Forever in July of 2022, so the events of her show will almost certainly be influenced by/spin out of the events of that film. An episode of Marvel Studios: Legends will help new fans catch up on her story and sort through the 3 suits she goes through in the Black Panther sequel.

Even though her series was announced in late 2020, it really does seem like it’ll be mid-to-late 2023 before we see our first episode of Ironheart. It won’t start filming until 2022 and will be part of a backlog of projects when it does. With Black Panther: Wakanda Forever being pushed to November 2022, it’s all but a sure thing we don’t see this follow-up series until 2023.

This whole feature is an exercise in making wild guesses but by the time we’re at this portion of the 2023 calendar, the guesses are even wilder. Since we’re going with Cap 4 as the final 2023 film, we’re going with an episode or more of Marvel Studios: Legends ahead of time to catch us up on whoever needs to be caught up on.

Captain America 4 is going here simply because, as of writing this, it’s the first movie scheduled to go into production in 2022 (currently set for a June start). Blade is set to go into production one month later, so it’s would be easy to imagine it could be here instead, but I went with the simplest explanation.

Should Armor Wars be the MCU series that rounds out 2023, some episodes of Marvel Studios: Legends will be a necessity to catch up on Rhodey and whomever else they pack in here.

By the time this series streams (hypothetically), it’ll be about 3 years since its surprise announcement at the 2020 Disney Plus Investor Day. Like Ironheart, Armor Wars is, in part, being pushed down the line as other projects get pushed down the line. In this case, we know that as of November 2021, the project was still in the EARLIEST days of development, so it’s reasonable to assume it won’t go into production until late 2022 so a late 2023 release date sounds right. It’s also intriguing that this film could have some themes in common with Captain America 4 (maybe they both deal, to some extent, with Sharon’s work as the Power Broker or with these heroes continuing to work through the legacies of their friends?) Either way, this show has a ton of potential to introduce some wild new characters to the MCU (CONTROLLER AND STILT-MAN!!) and it’s hard to think we still have 2 years to wait on it.

Why anyone would try to guess what’s going to happen in 2023 when we aren’t even sure what’s happening in 2022 yet is beyond us, but we did it anyway. Again, bookmark this bad boy so we can come back to it later for a laugh. 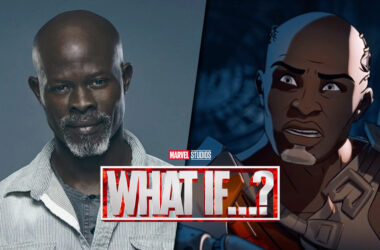 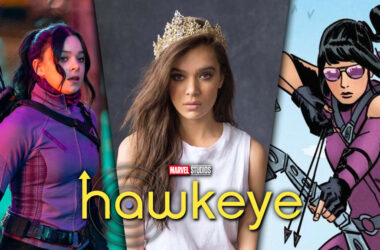 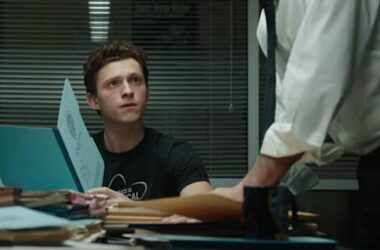 The Spider-Man: No Way Home trailer that dropped earlier this week confirmed what the mid-credits scene of Far From Home teased—our friendly…
Read More